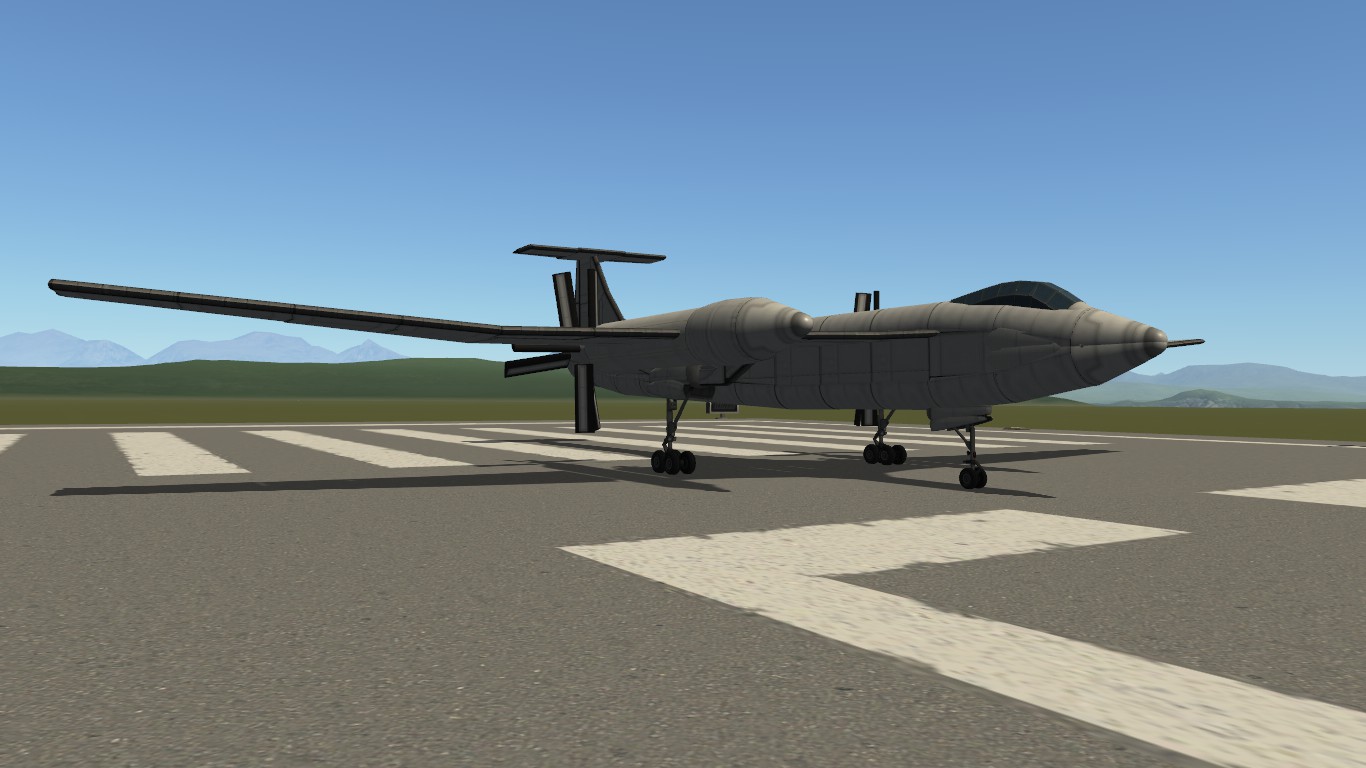 The Akajei Gyoshi was the final evolution of the Akajei lineage with development beginning in 2025. Designed to be a long range reconnaissance aircraft, the airframe underwent multiple changes to the point where the aircraft was barely recognizable as an Akajei. The wings were lengthened to increase the aircraft’s service ceiling and the engines were converted into a pusher layout. This was to allow the aircraft to fit tricycle landing gear rather than being a taildragger like every other Akajei before it. The aircraft was able to stay up in the air for about a week without refueling thanks to its highly efficient hydrogen-electric motors. As the hydrogen-electric motors didn’t need to take in air to function, the Akajei Gyoshi could serve in areas with extreme amounts of particles, like dust or ash, where other aircraft would flame out.
.
Entering service in 2032, the type saw a mostly uneventful service life. A few were used in the closing stages of the Atlantis-Holiday War, but most were used post-war as eyes in the sky to watch for potential resistance groups in the Atlantis State. In late 2044, Akajei AC576-R set an endurance record of one week without refueling. The type was eventually retired by the Holidian Air Force in 2050, but several were sold to NASA and other private organisations for high altitude research. By the 2070s, most were retired but kept in storage.
.
On June 12th, 2114 at approximately 4:30 AM reports were made by a handful of ships in the North Atlantic ocean regarding a devastating shockwave…
.
A meteor about 1.6km in diameter had collided with Earth 240km off the coast of the Netherlands. Within hours, nearby coastlines were decimated and hundreds of tons of material were launched into the atmosphere. As Akajei Gyoshi aircraft could stay in the air for days at a time at high altitudes, they were put back into service were converted into research aircraft to study the effects of the meteor’s crash on the atmosphere.
.
Instructions