Or find other craft;
- made by HolidayTheLeek
- that are also pure stock
- that have a similar part count
Hangars that contain this craft
Planes and other FO's 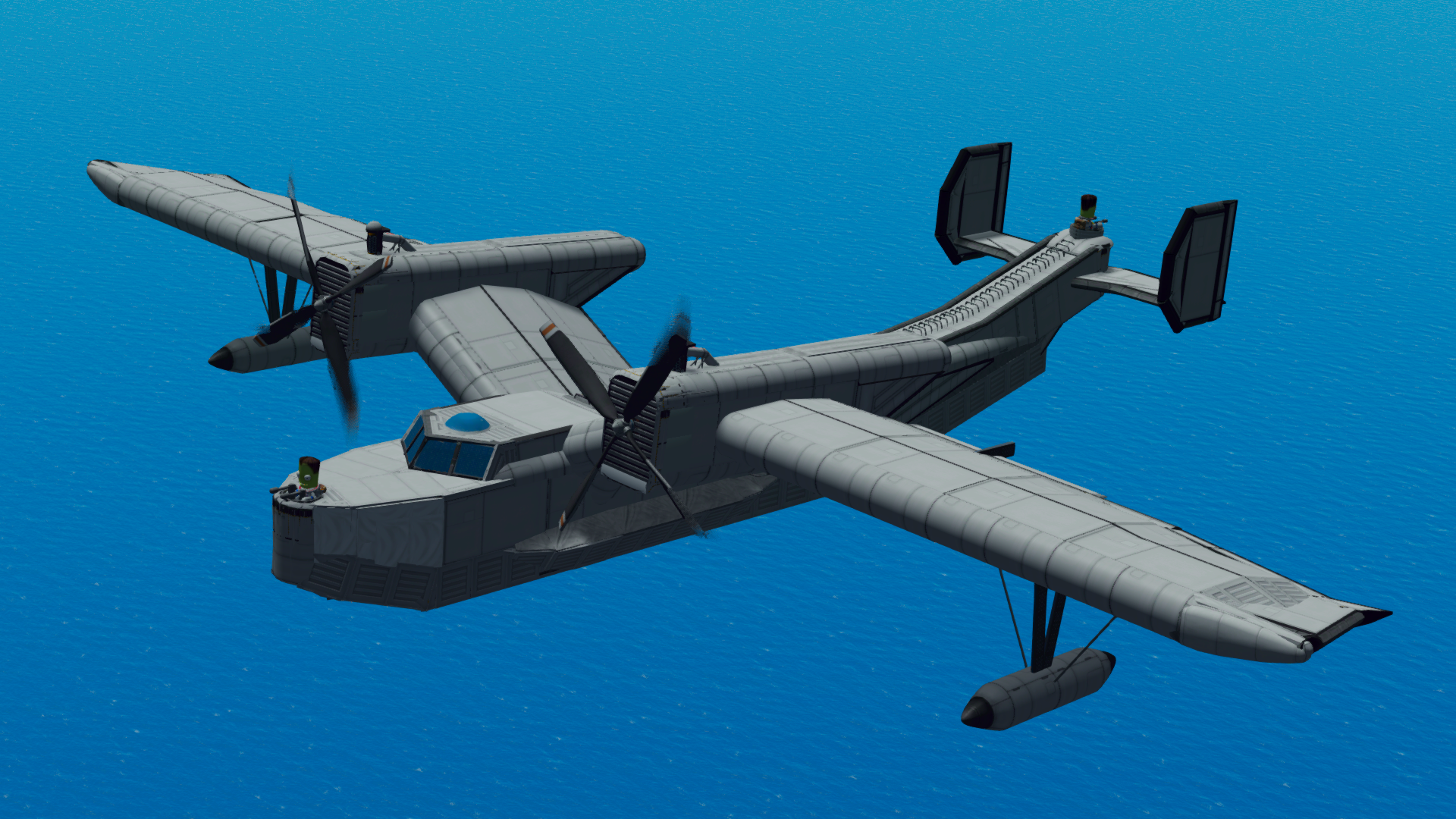 .
The ARC-11 Montserrat was a twin-engine torpedo bomber built by the Arcan Aeroplane Firm (AAF) during the Continental War. The aircraft first flew in 931 and entered service in 933. It was designed to combat the new Continental Class battleships jointly operated by the major Continental Powers. The ARC-11 also saw usage as a search & rescue aircraft, designated as the SAR-1. Postwar, the aircraft continued its role as a search & rescue aircraft until 945 and continues to serve today in the civil sector as a water bombing aircraft in remote communities.
.

.
The Troscan invasion of Eslan in 889 marked the end of its Isolation Period as well as serving as a nasty wake-up call for the rest of the nations on the Caellian Continent. In the Troscan Empire’s 14 years of isolation, it had advanced itself nearly a century ahead of any nation in the world technologically. This was a double-edged sword however, as the Troscan Empire’s overwhelming superiority had caused it to grow complacent, allowing nations on the Caellian Continent time to catch up. By the time of the Continental War, the Continental Powers were only 10-15 years behind the Troscan Empire. With the Continental Powers jointly creating Continental Class battleships en-masse, the Troscan Military invested in aircraft to combat the growing naval threat. The Troscan Navy contracted the Arcan Aeroplane Firm to design a fast, torpedo bomber which, eventually became the ARC-11 Montserrat.
.
Featuring a stressed aluminium construction akin to that of ancient Tyran design, the type was more resistant to small-arms fire and could fly further and faster than any torpedo bomber at the time however, the vulnerable cooling systems largely nullified these durability advantages. The aircraft also included two seats at the front and tail of the aircraft for observation purposes - these were later retrofitted with machine guns as the threat of enemy pursuit aircraft became more commonplace. Nevertheless, it’s superior cruising speed and range allowed it to serve well in the search & rescue role, spurring the development of purpose-built search & rescue aircraft later in the war. The ARC-11 was responsible for sinking 15% of all Continental Ships sunk by the Troscan Navy, however, became increasingly vulnerable to enemy pursuit aircraft towards the end of the war.
.
By 936, the ARC-11 was mostly retired in its original role as a torpedo bomber and remained as a search & rescue aircraft until 945. It remains in use in the civil sector in firefighting as a water bombing aircraft for remote communities.

.
1) Move to water (either use hack gravity, vessel mover or ingame ship teleporter)
2) Press R for takeoff/landing flaps
3) Hold down S and full throttle until the aircraft takes off
.

.
1) Press R for takeoff/landing flaps
2) Slow down to ~20m/s
3) Land with the nose facing up, tail first to avoid flipping over. Landings should be short and abrupt as to not flip the aircraft over.