try not to crash it
Note: this was made in KSP v1.7.2 - It may not function as intended in KSP 1.12.3
This craft has been added to your downloads queue. Use the KX Mod to fetch it when you are next in KSP. Enable deferred downloads to make this the default way to download.
Download craft with the KerbalX Mod
how to install
re-download

Or find other craft;
- made by HolidayTheLeek
- that are also pure stock
- that have a similar part count
Hangars that contain this craft
Minute to Midnight | good stuff | Minute to Midnight 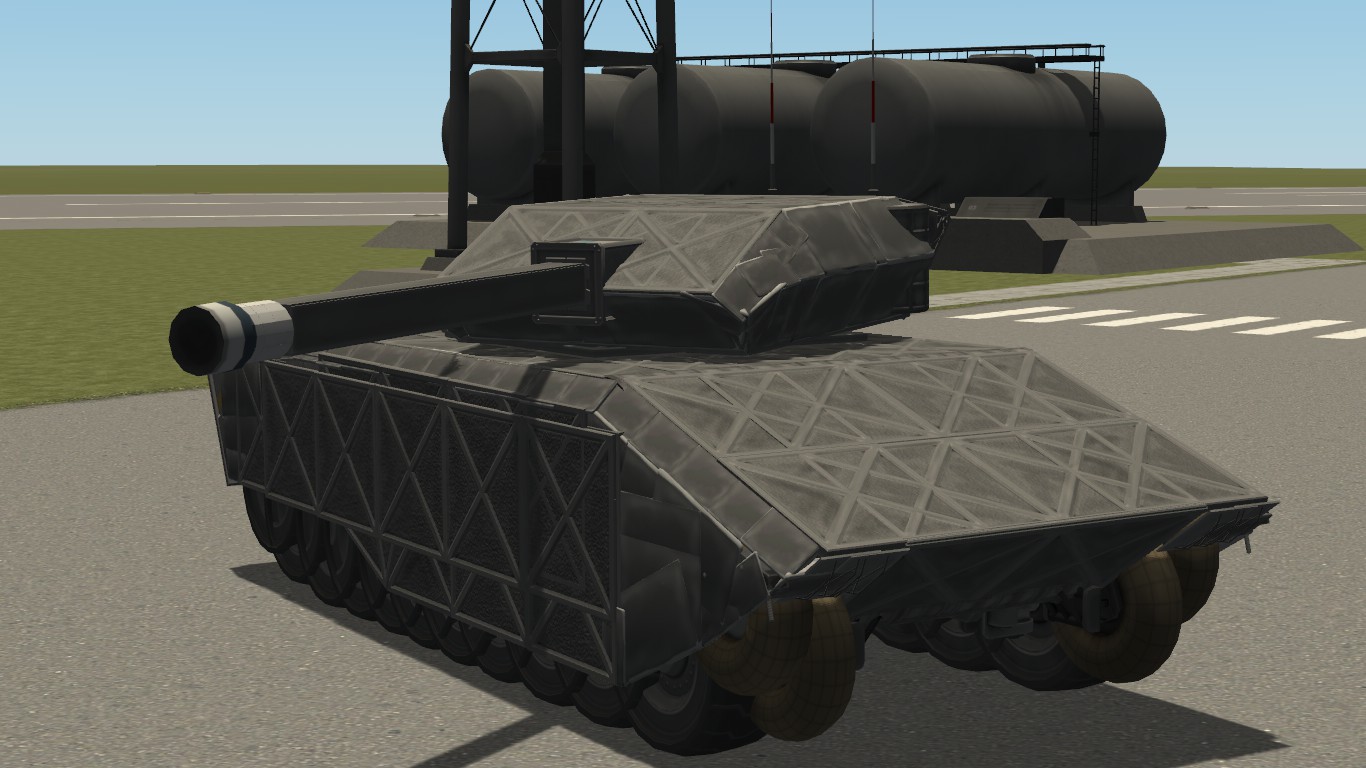 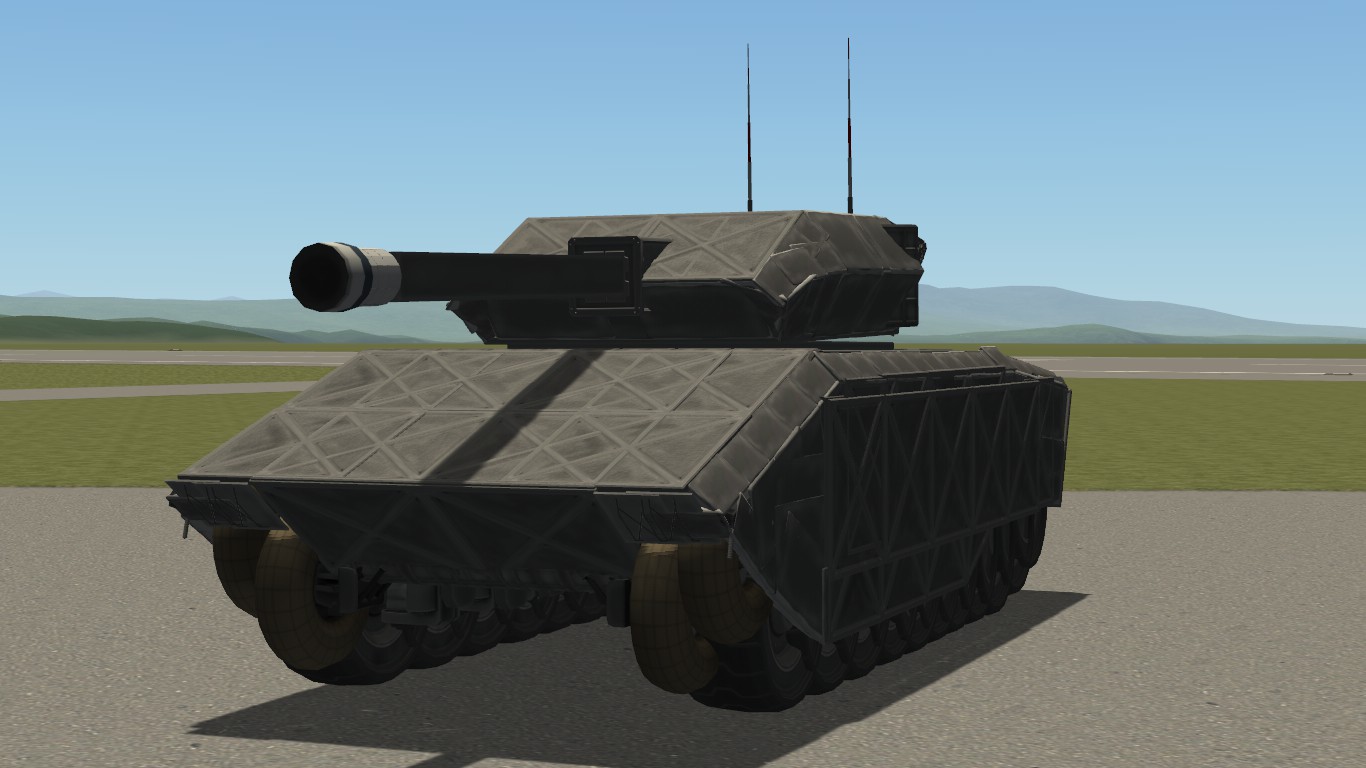 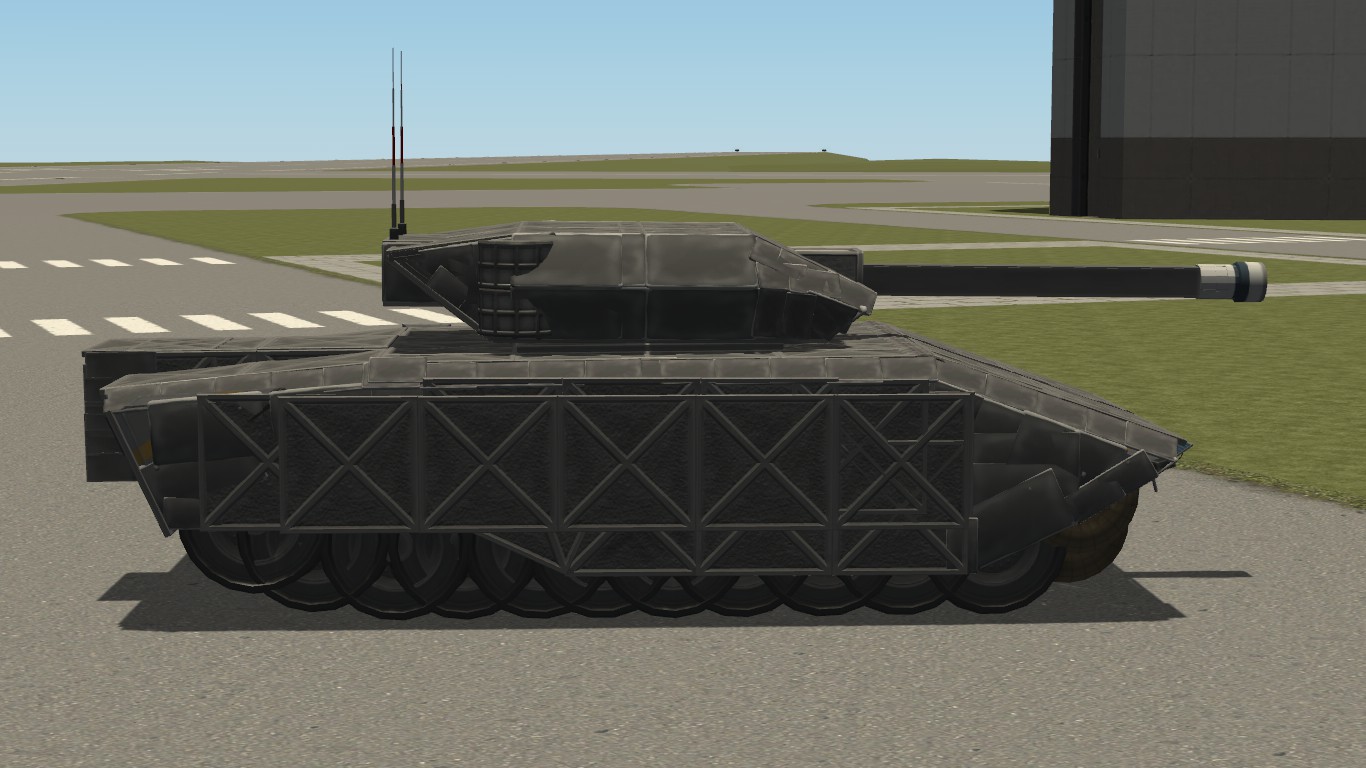 With the Atlantis State steadily re-arming during the 2010s, tensions between the Holiday Empire and the Atlantis State rose and the possibility of an Atlantean ground invasion was becoming more and more apparent. With the Holidian Army’s main tanks still being Soviet T-55s and surplus WW2 M4A3s, a replacement was desperately in need.
.
Beginning in 2015, Uncle Carlos Heavy Industries (a derivative of Uncle Carlos Aerospace) began development on the Guardian MBT. The tank was loosely based on the Sherman with the general layout and silhouette of the Guardian being similar. The resulting tank would somewhat resemble the Sherman, but was comparable to contemporary tanks of the era like the American M1 Abrams, Japanese Type 10 and the German Leopard II. The tank featured composite armour, an unmanned, auto-loading 120mm turret and a turboshaft engine which could run on alternative fuels in case oil supplies were cut off. The powerful turboshaft engine allowed the tank to achieve speeds up to 72km/h, and 56km/h off-road. The tank was well over budget. The development of the Guardian nearly bankrupt Uncle Carlos Heavy Industries delaying the development of the Albatross fighter.
.
The Guardian saw extensive service during the Atlantis-Holidian service and was extremely successful against any tank the Atlantean forces had in service. While the tank could hold it’s own against other ground forces, the lack of a secondary machine gun rendered it vulnerable to air-strikes and improvised attacks from infantry. Newer models with a secondary machine gun armament soon appeared in 2031.
.
As tank development stalled throughout the 21st century, the type would serve for much longer than anticipated. Throughout the Guardian’s service life, it saw various modifications and changes would serve into the 2060s. The Guardian would eventually be replaced by the Guardian II in 2064. 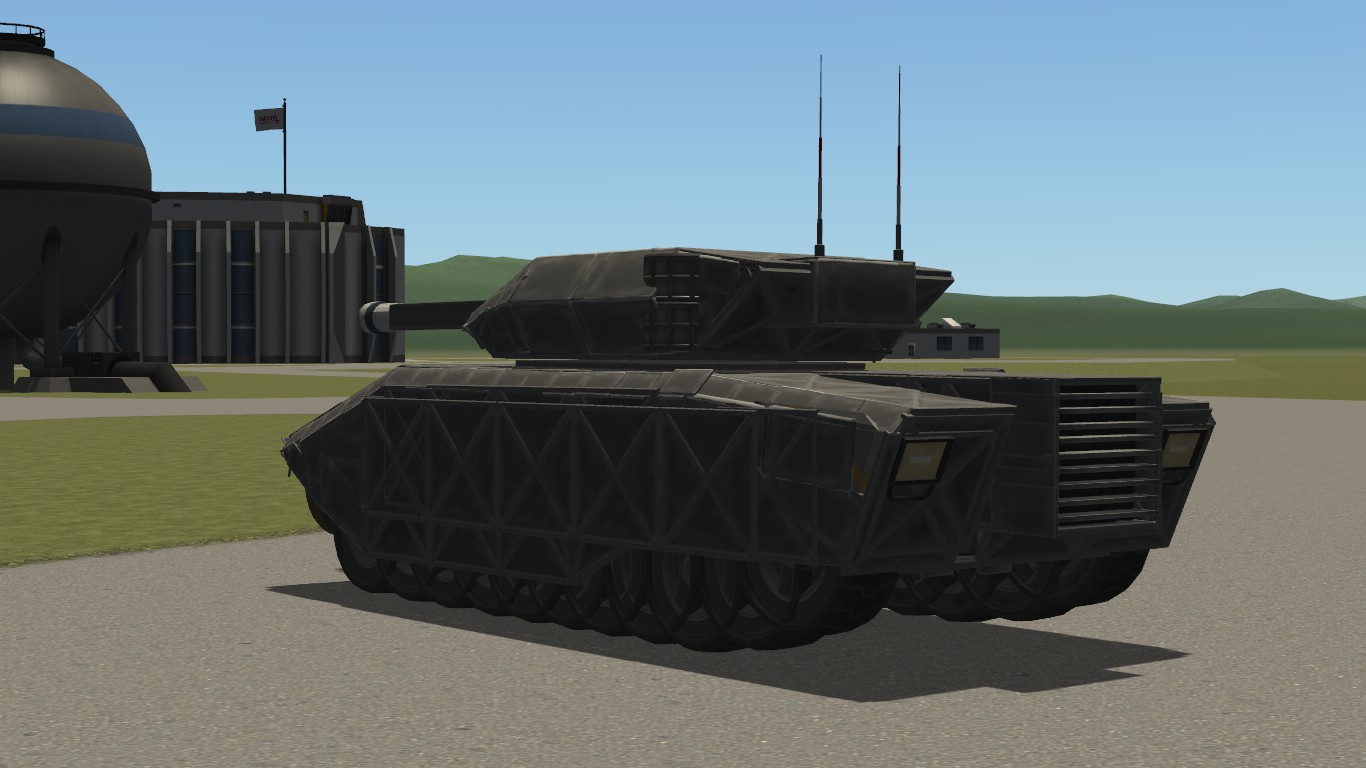 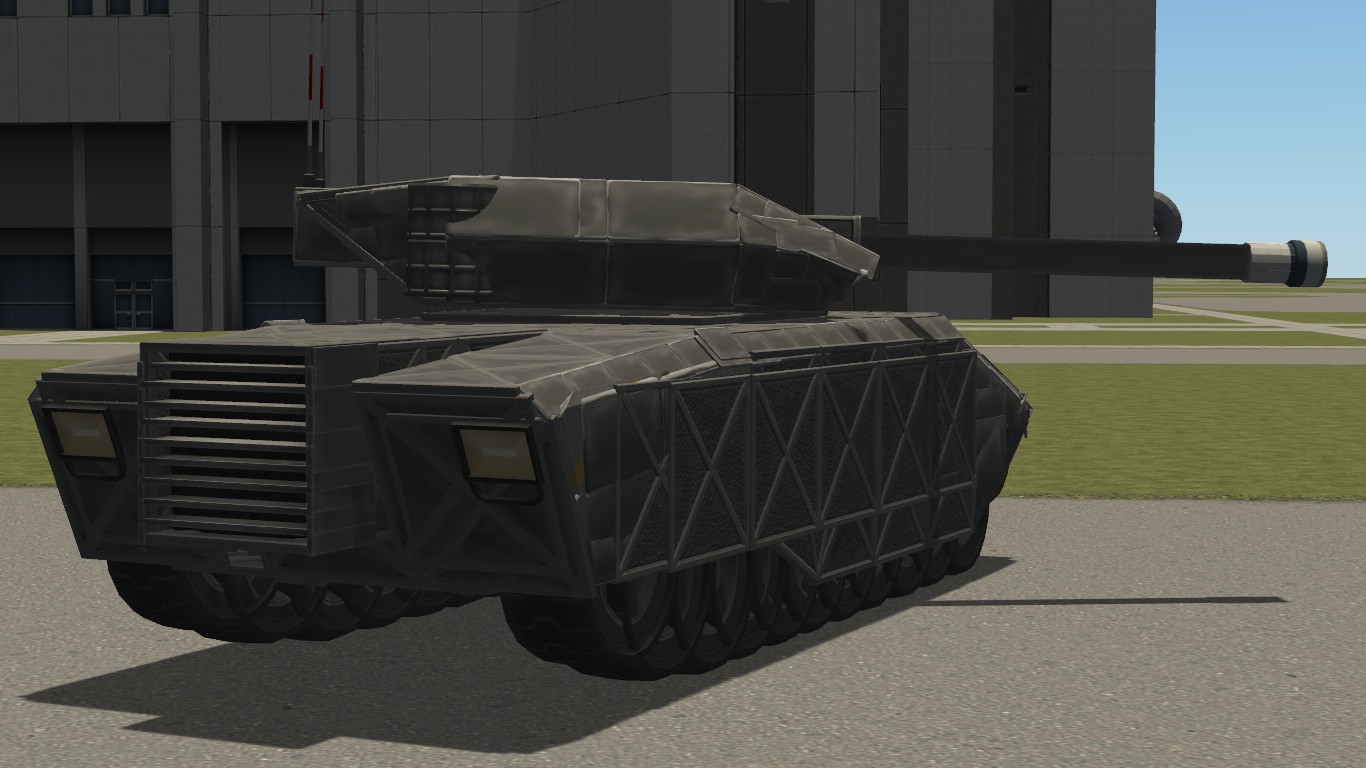 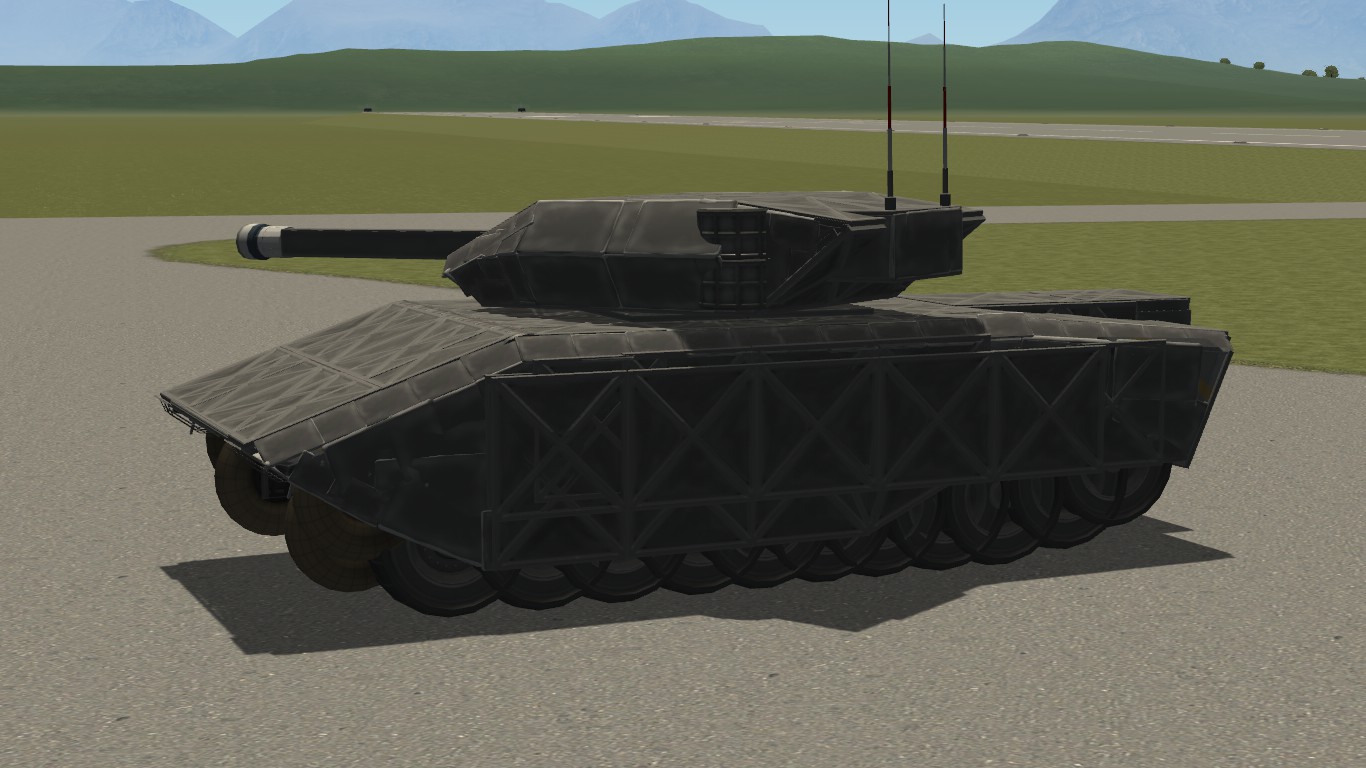