try not to crash it
Note: this was made in KSP v1.11.0 - It may not function as intended in KSP 1.11.2
download ckan meta-file
This craft has been added to your downloads queue. Use the KX Mod to fetch it when you are next in KSP. Enable deferred downloads to make this the default way to download.
Download craft with the KerbalX Mod
how to install
re-download

Or find other craft;
- made by G9_Militants
- that use the same mods | that are compatable | with similar mods
- that have a similar part count 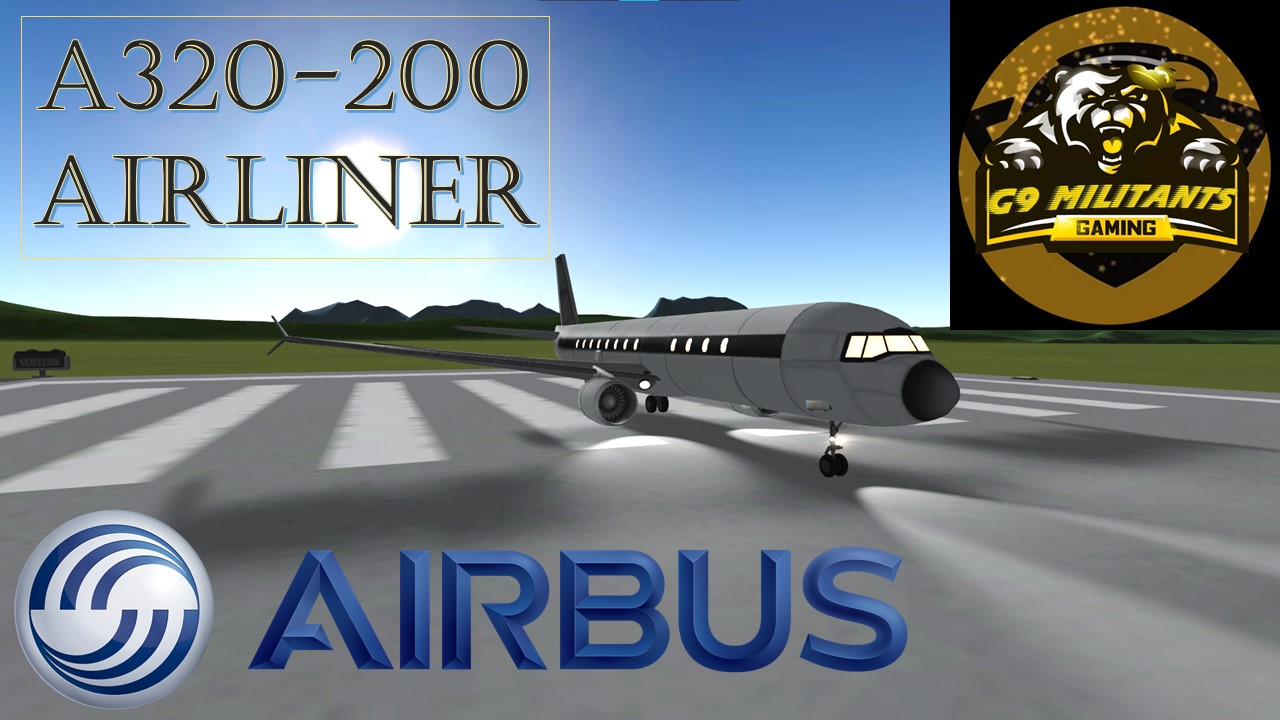 One of G9 Militant’s best builds ever, the Airbus A320-200 Airliner does all you will ever need! It can carry 48 passengers and requires only a crew of two to man it! (psst. even one will do, but the K.A.A. does not permit it)
It has the original engines on a IRL A320-200 which are the CMF56 Turbofans.

The aircraft is remarkable as it can take off with the help of a good pilot at just one-third throttle! Fascinating isn’t it? Hold on! The minimum and advised take-off speeds are (these do not apply to Jebediah Kerman) are 56 m/s with flaps fully deployed (AOA should be little) and 65 m/s with flaps retracted (AOA is increased)!
It can even reach tremendous speeds of 235 m/s (if you are not Jeb, don’t do it. The plane won’t crash, but seriously, let’s keep something for Jeb to mess around with!)

Now hop on, and have some fun!

A mod aircraft called Airbus A320-200. Built with 77 of the finest parts, its root part is airbuscockpit.