Upload Craft
about
dev_blog
sign up
login
next
previous
back back
Dune Runner Mk. II

try not to crash it
Note: this was made in KSP v1.0.5 - It may not function as intended in KSP 1.12.3
This craft has been added to your downloads queue. Use the KX Mod to fetch it when you are next in KSP. Enable deferred downloads to make this the default way to download.
Download craft with the KerbalX Mod
how to install
re-download

Or find other craft;
- made by EhcoCorrallo
- that are also pure stock
- that have a similar part count 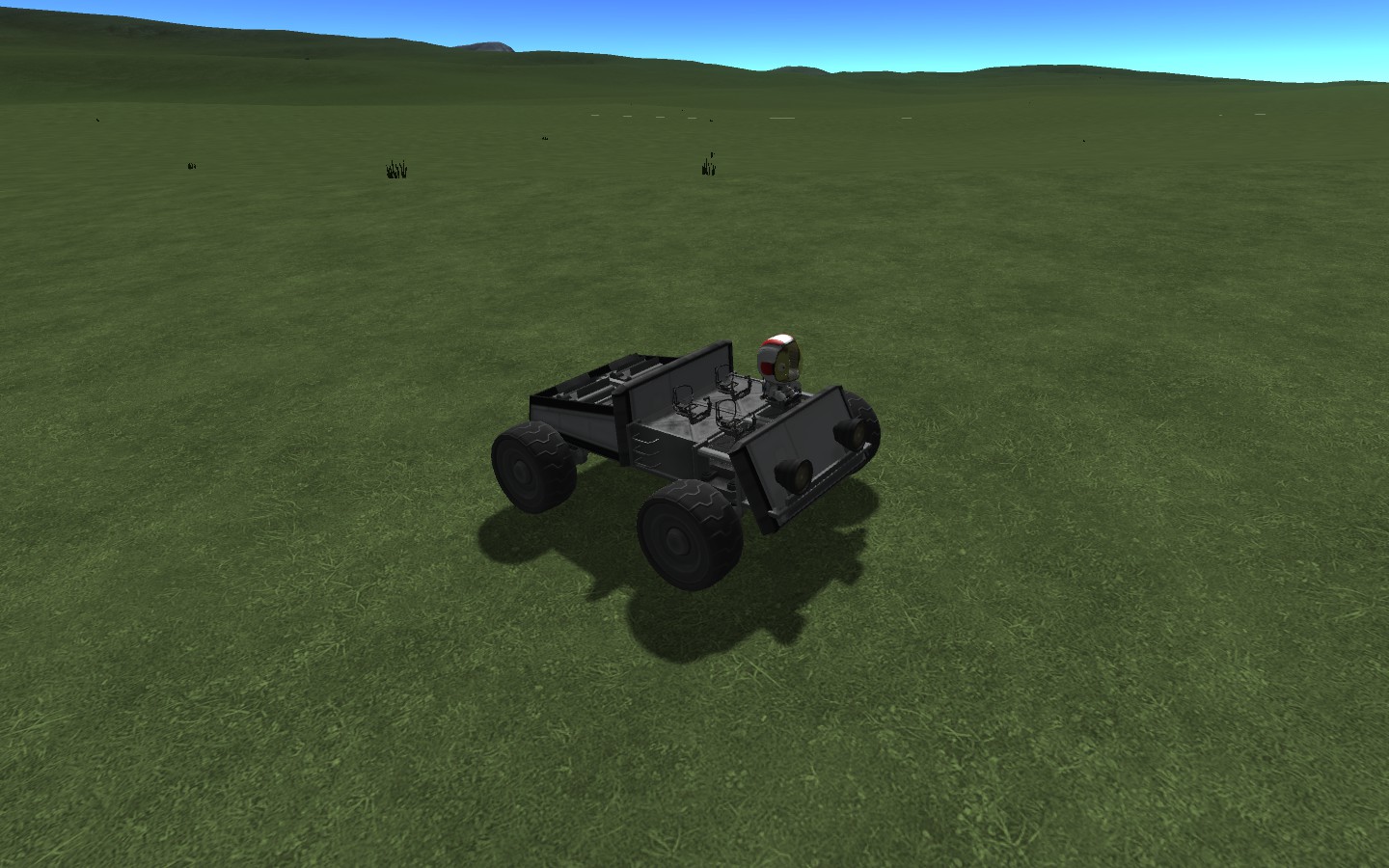 The Dune Runner Mk II is a lighter, lower, cooler, simpler take on the original. Ditching the truck-ish stylings of the Mk 1 in favor of a rustic buggy look, the Dune Runner Mk II is a real joy to drive. It’s far more stable than the Mk 1, has a lower part count, and can tackle even steeper slopes thanks to its low CoM. It’s nuclear powered, too, so you don’t have to worry about fuel. Ever. The Foundry Works put this beauty through its paces in an unprecedented test run. The Mk II crossed mountains and foothill and highlands with ease, and all without dropping below 10 m/s. (Typical cruising speed on slopes: 16 m/s. Typical cruising speed on flat ground 22 m/s.) The Dune Runner Mk II isn’t quite the sturdiest thing, but it’s stable and tenacious as a really large pug or perhaps a hammerhead shark.

A stock aircraft called Dune Runner Mk. II. Built with 37 of the finest parts, its root part is structuralPanel2.