try not to crash it
Note: this was made in KSP v1.4.3 - It may not function as intended in KSP 1.10.1
This craft has been added to your downloads queue. Use the KX Mod to fetch it when you are next in KSP. Enable deferred downloads to make this the default way to download.
Download craft with the KerbalX Mod
how to install
re-download

Or find other craft;
- made by DarkStar
- that are also pure stock
- that have a similar part count
Hangars that contain this craft
Special Mission Projects (S.M.P) Starbace147 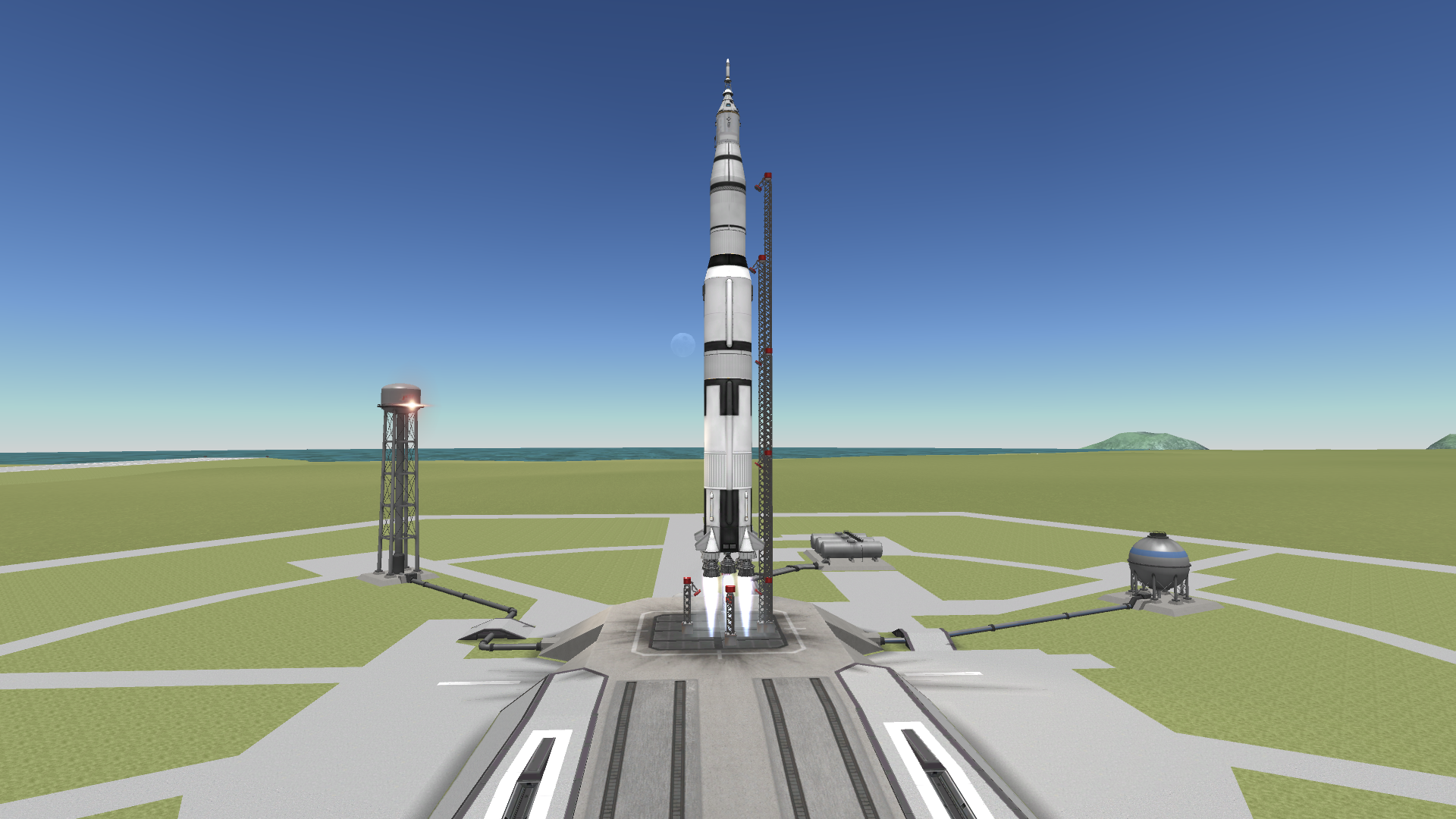 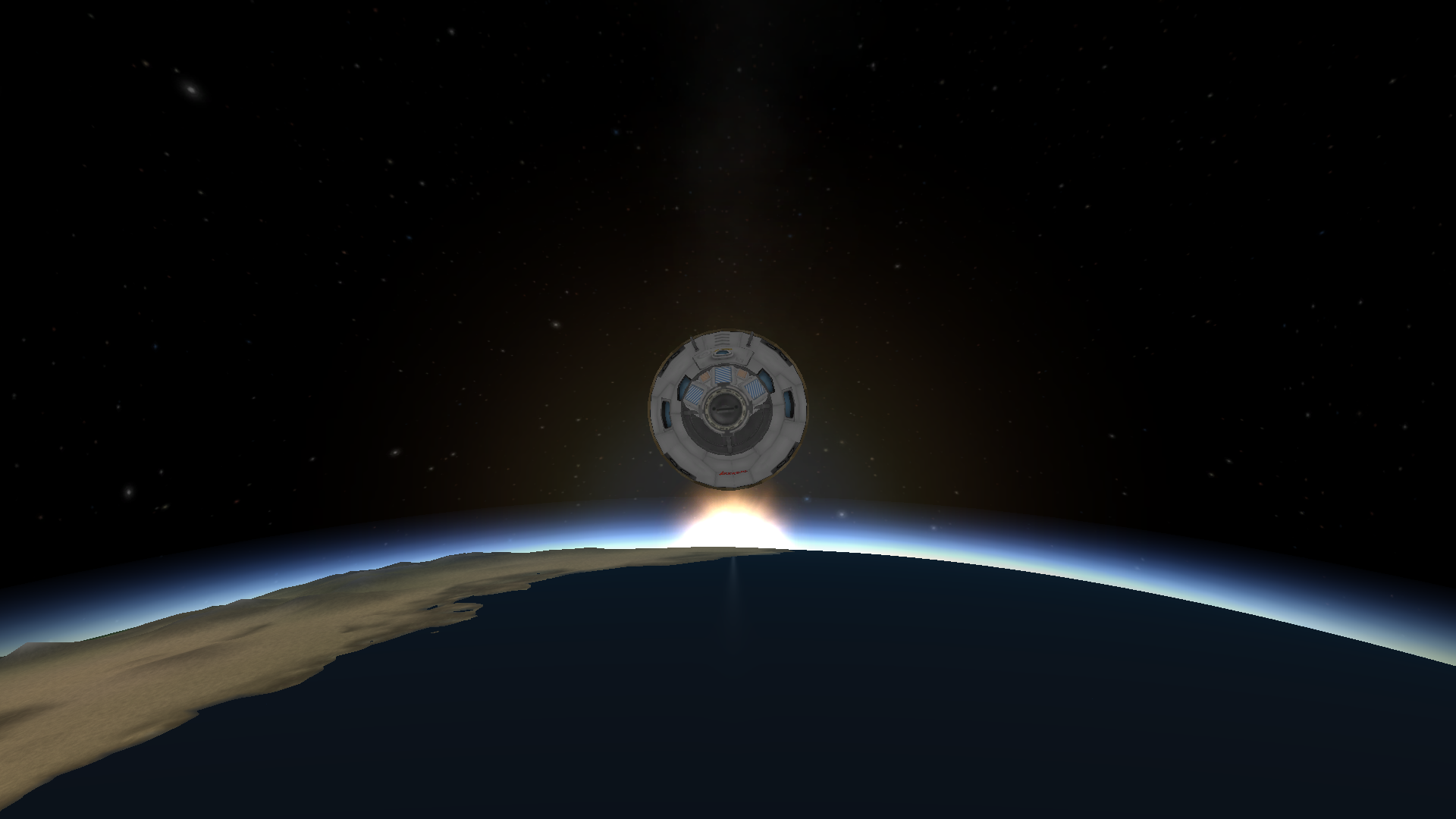 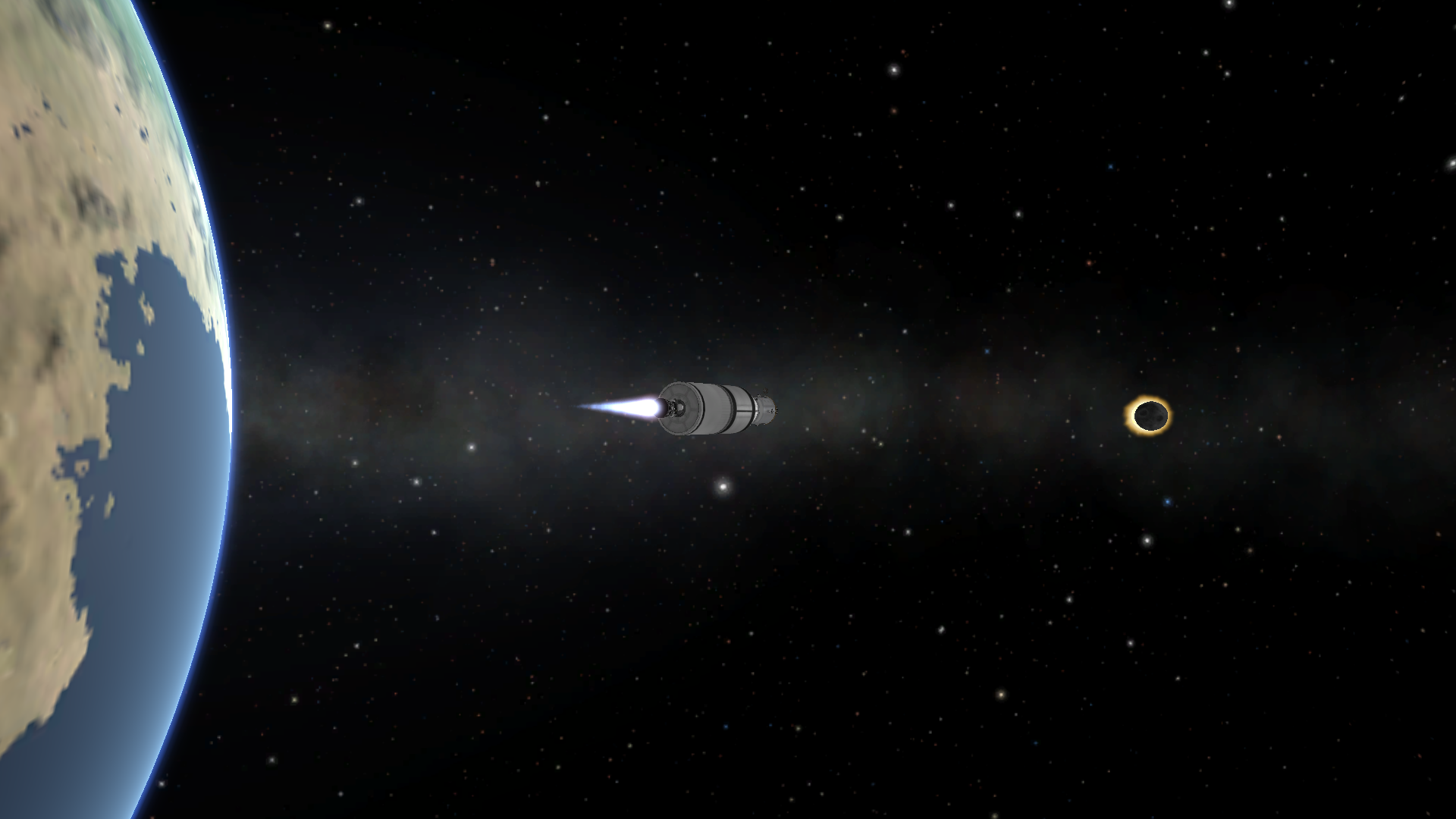 An even more Apollo-like Saturn V build. Can you make it to the Mun and back? Try not to use throttle for the main 3 stages, you’ll need a very controlled ascent to make a clean, circular Parking orbit.

Until jettisoned in S-II the Abort Action group will cut all engines, separate the ship, and fire the Launch Escape System (LES). Then Stage through to release the LES, SM-6A fairings, and activate the parachutes.

The real Saturn V would start the center engine first, then the outer four in opposing pairs of two about 300 ms apart and would lean slightly away from the launch tower after launch; but that causes issues in KSP so I’ve simplified it to one stage.

2,150 m/s Δv
Ullage motors fire to ensure positive fuel flow as the 5 RE-I2 (J-2) engines ignite (not technically required in Kerbal but this is why they were used in the Saturn V, 8 were used initially and reduced to 4 for the first seven manned missions). Currently missing is a proper Interstage Ring separation.

1,350 m/s Δv
Unlike the previous stages, this stage is designed to fire twice, one for insertion into final Parking Orbit (at about 80km), the second time for transMunar injection. Two Auxiliary Propulsion System (APS) pods were used for ullage on the second burn for TransMunar Injection (not modeled here but you could add some RCS pods if desired).

A 48-75 Spark engine and a small auxiliary Oscar-B fuel tank should get you back into orbit to rendezvous with the C/SM, make sure you have a Pilot aboard!

Set a course back to Kebal, too steep and you will bounce out of the atmosphere, too shallow and you risk burning up during reentry.

The Command Module has ample Ablative heat shield for a hot reentry and has 2 Drogue Chutes and 3 Parachutes for a soft landing on land or at sea. Don’t forget you have a small amount of RCS control in the Mk1-3 module, perfectly capable of self-deorbital burn in an emergency.

Resources for those interested in more Saturn V-Apollo details: 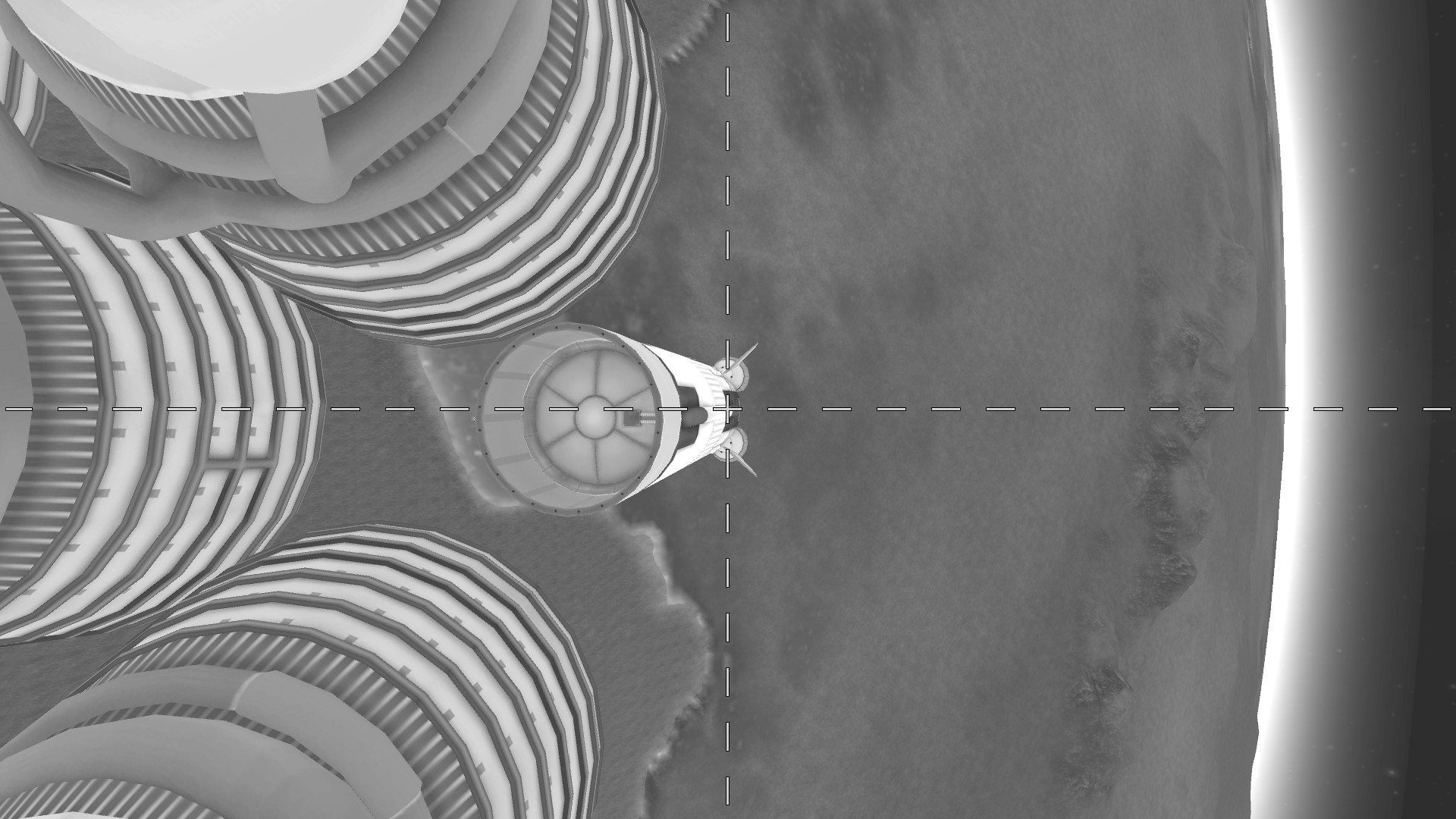 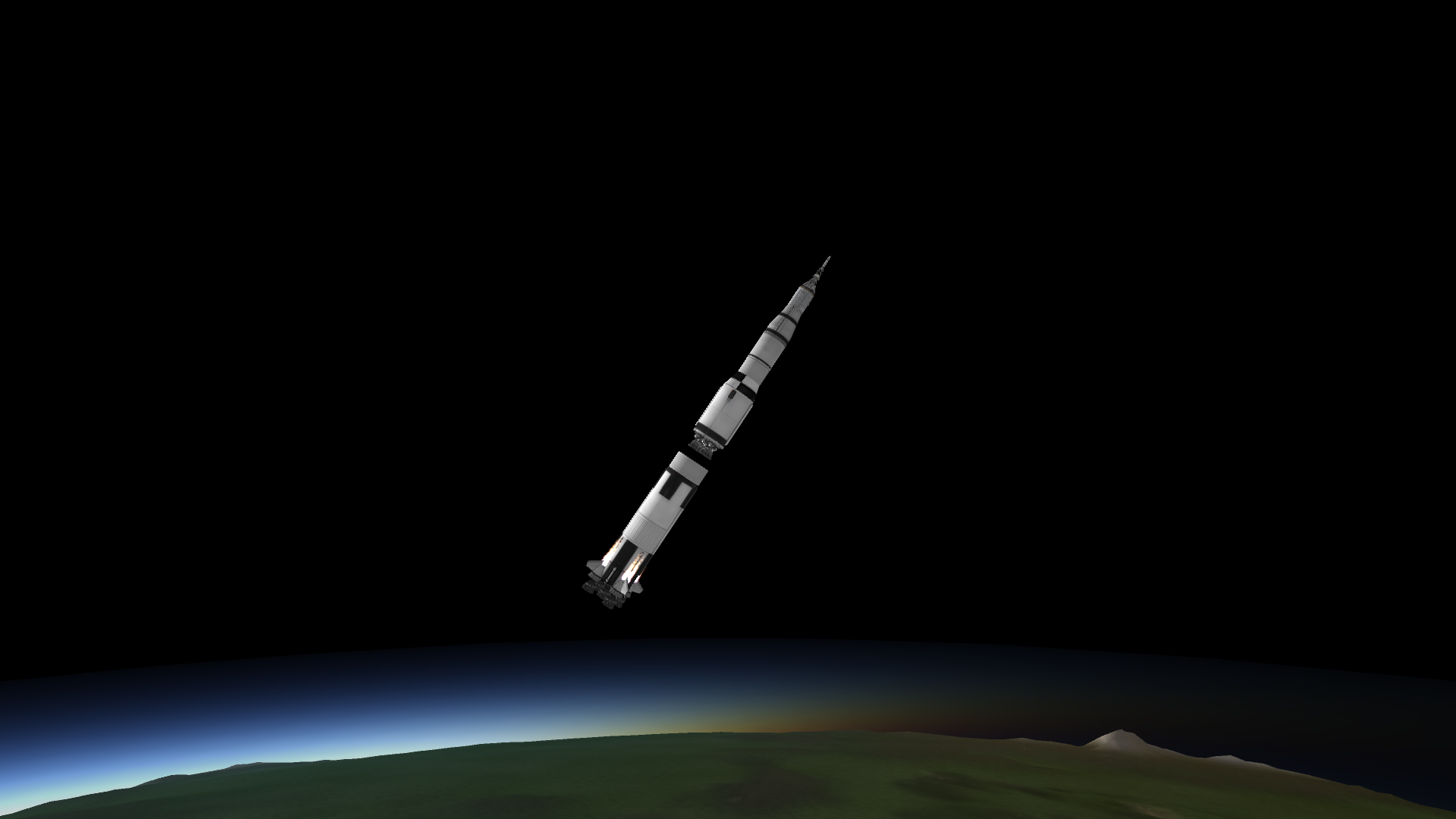 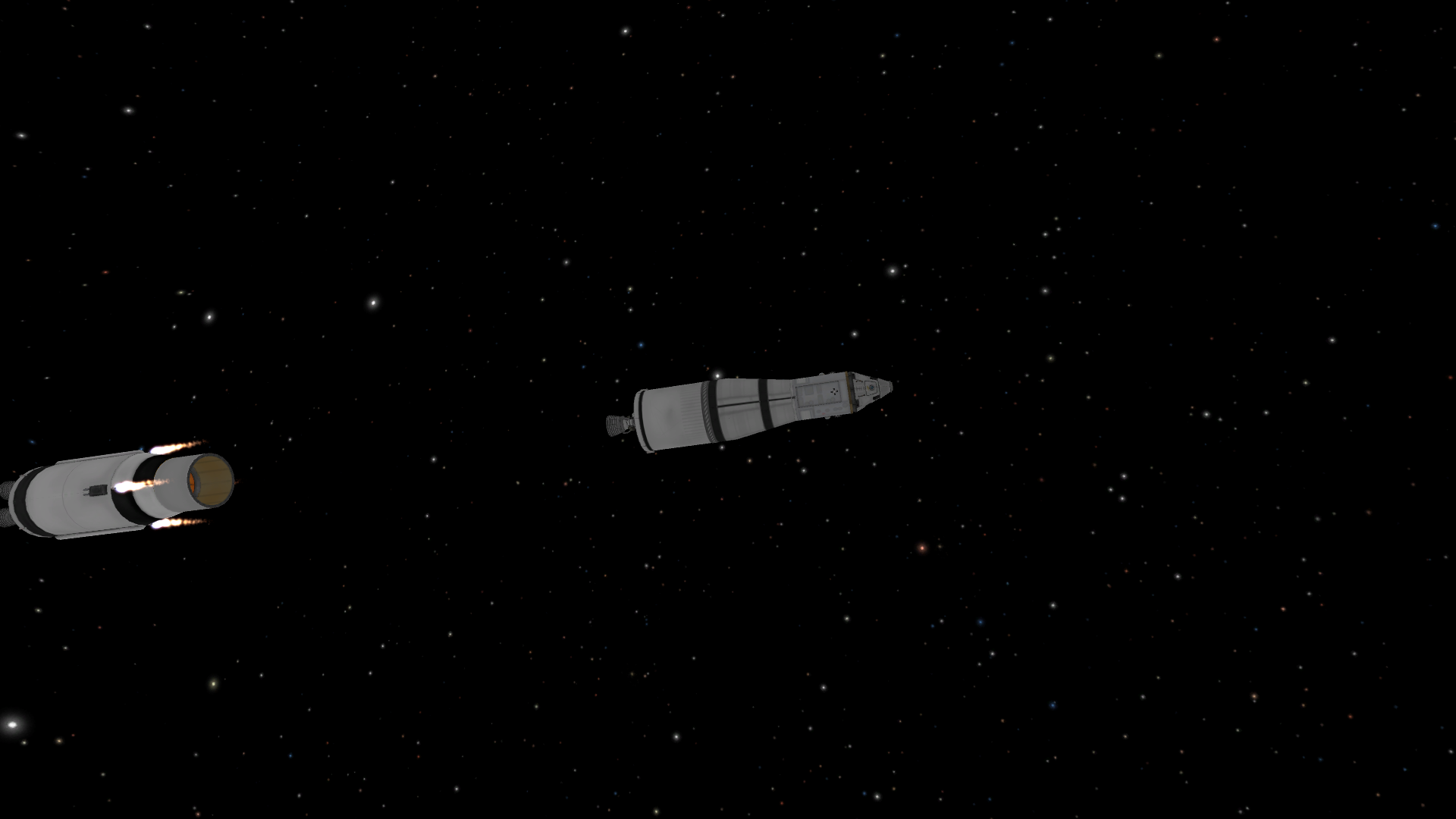 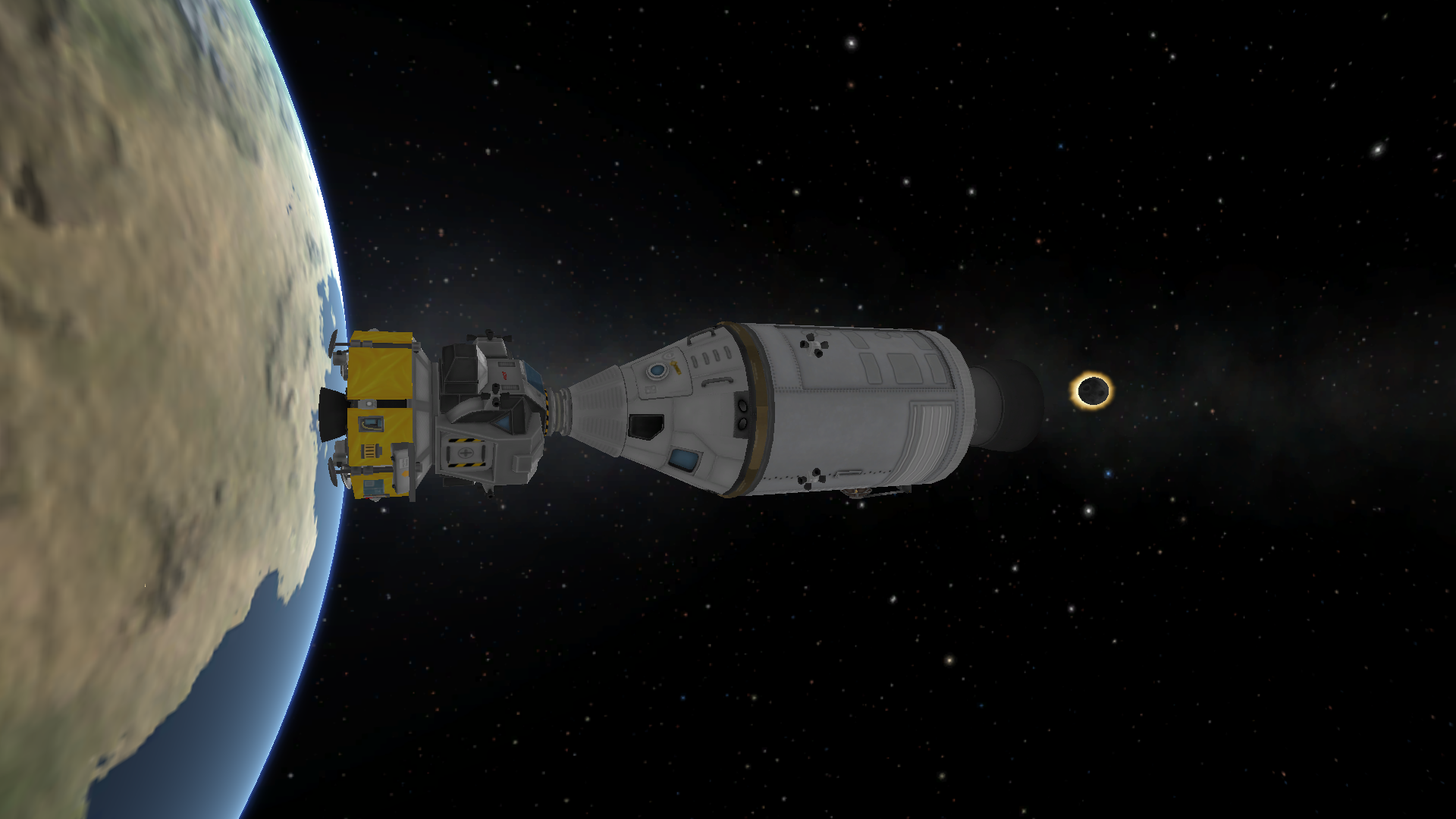 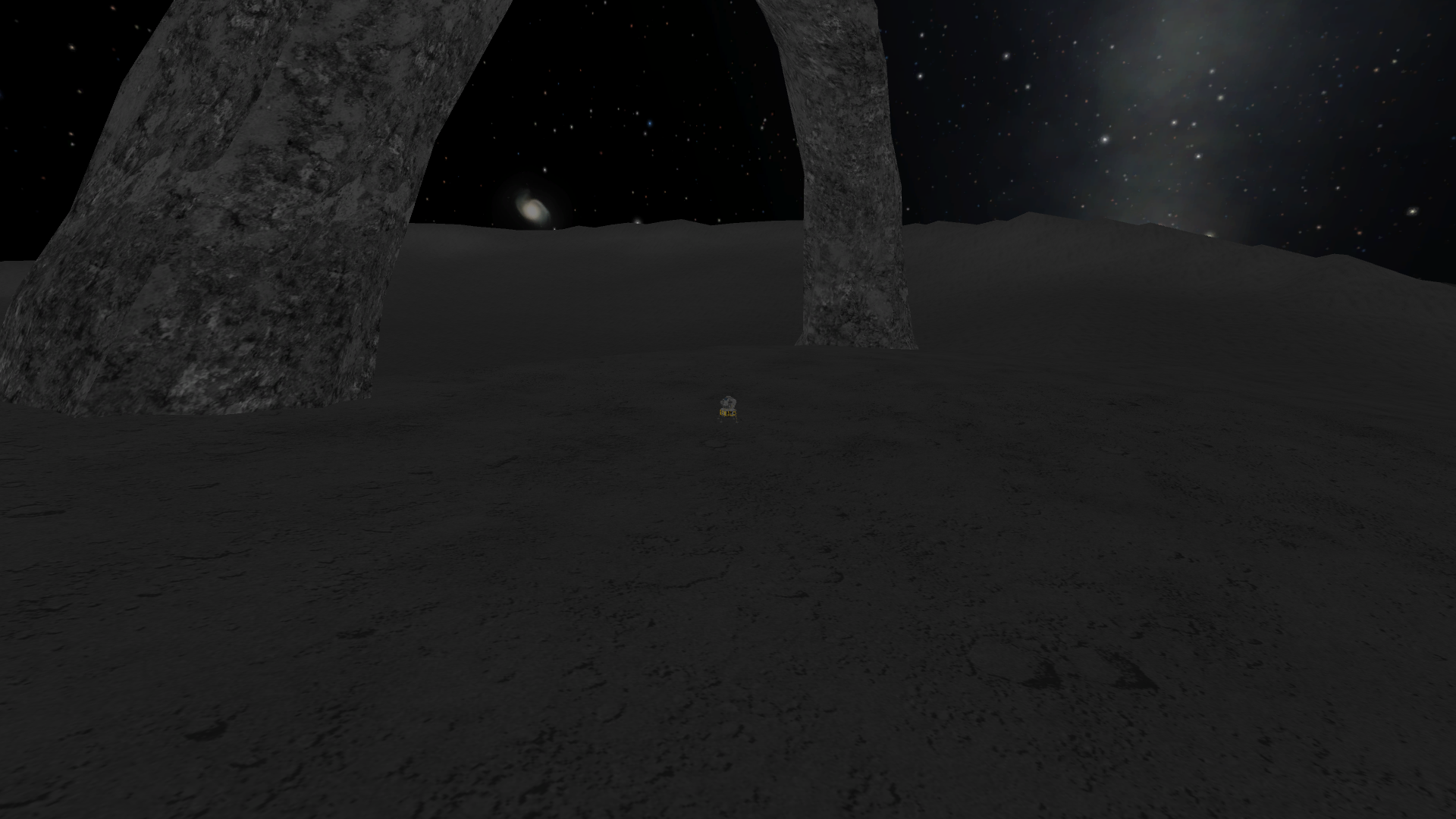 Mysterous Arch Found on the Mun