Or find other craft;
- made by Corona688
- that are also pure stock
- that have a similar part count
Hangars that contain this craft
Core Ship Classes 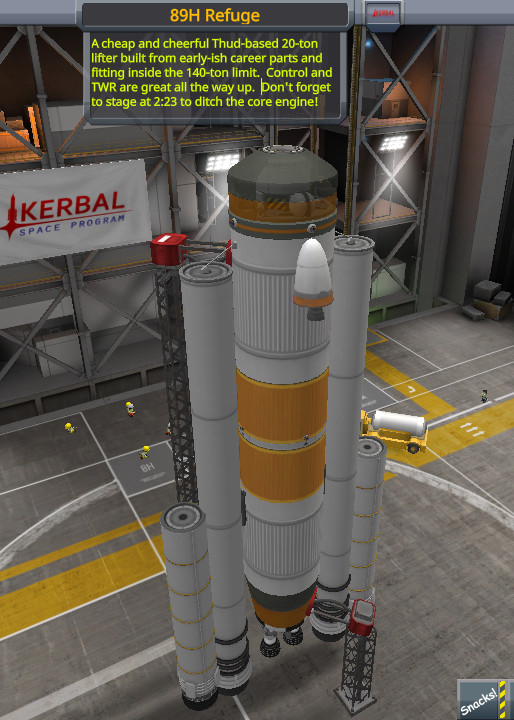 A cheap and cheerful Thud-based 20-ton lifter built from early-ish career parts and fitting inside the 140-ton limit. Control and TWR are great all the way up. Don’t forget to stage at 2:23 to ditch the core engine!

Due to its carefully tuned TWR and limited number of engines and parts it is cheaper off the pad than many technically more efficient craft. There is much you could scrimp still nonetheless, but keep the reaction wheel.

You will make it to orbit with a pair of thuds and a full, locked 1440 tank. Unlock it and you’ll get a whopping 4000dv. That’s enough to push some interplanetary probes!

A stock rocket called 89H Refuge. Built with 45 of the finest parts, its root part is Rockomax32.BW.