What's this slidery thing next to the download link?
When the slider is in the ON position clicking the download link will download the craft and open the download tab so show you more info
When the slider is in the OFF position clicking the download link will just open the download tab without downloading the craft
erm....why? Once you've downloaded a craft the slider will automatically move to the OFF position, so you can then open the download tab without re-downloading the craft each time. If you want to re-download the craft there will be a link in the download tab
It also acts as a visual que to remind you which craft you've already downloaded, if it's in the OFF position (red) you've already downloaded the craft. As you are not logged in it will only remember what craft you've downloaded in this session. Login if you want KerbalX to remember your downloads between sessions.
SPH
compatible
mod rover
#mech #robot #infernalrobotics #BDArmory #weapons
Craft Details
Class
Rover
Type
SPH
Mass
35.25t
Cost
346,911.0
No. of Stages
3
Crew Capacity
1
Part Count
258
No. of Struts
14
Root Part
landerCabinSmall
Built in KSP
1.2.2
Size
14.39 x 9.8 x 14.39
Resources
30x173Ammo
50CalAmmo
CMChaff
CMFlare
CMSmoke
CannonShells
ElectricCharge
FPS Ammo
Hydra70Rocket
IntakeAir
LiquidFuel
MonoPropellant
Oxidizer
XenonGas
full parts list

try not to crash it
Note: this was made in KSP v1.2.2 - It may not function as intended in KSP 1.12.5
download ckan meta-file
This craft has been added to your downloads queue. Use the KX Mod to fetch it when you are next in KSP. Enable deferred downloads to make this the default way to download.
Download craft with the KerbalX Mod
how to install
re-download

Or find other craft;
- made by Core
- that use the same mods | that are compatable | with similar mods
- that have a similar part count 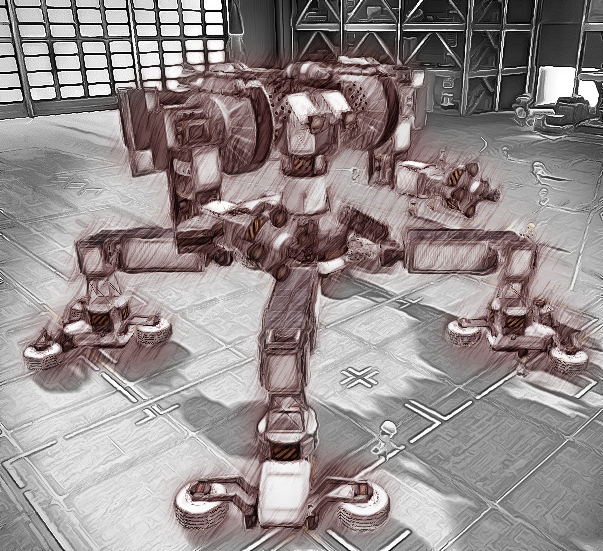 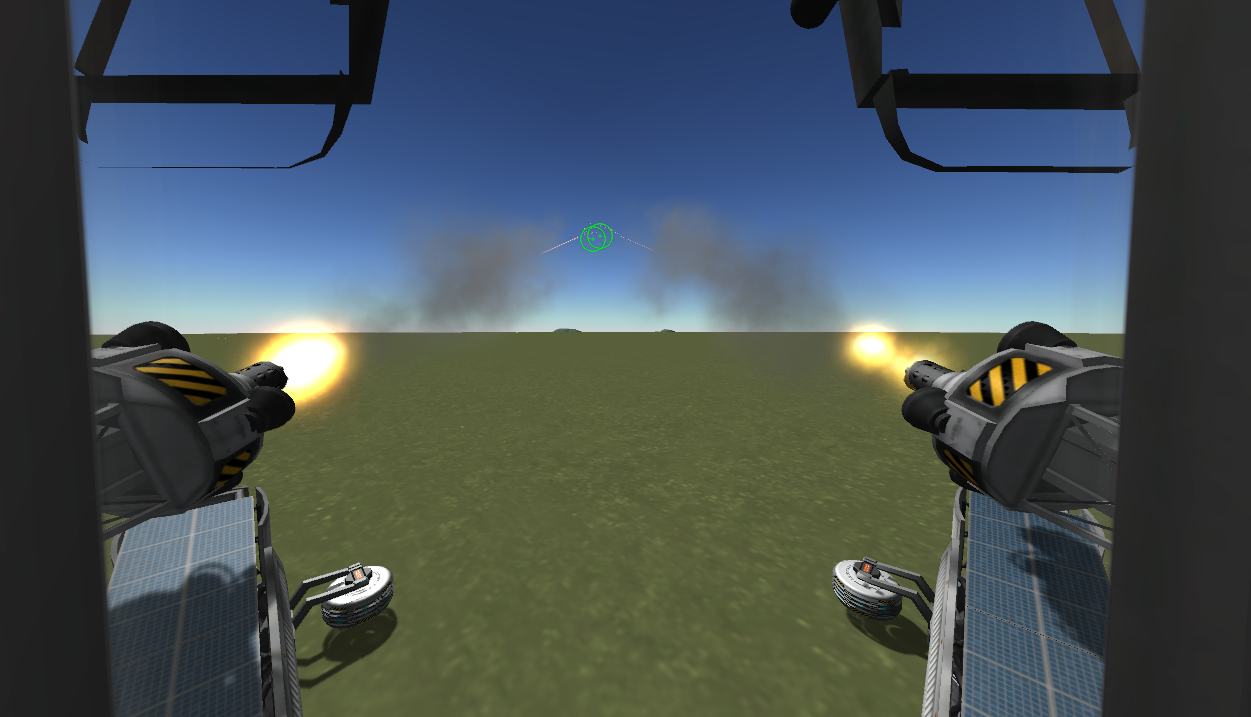 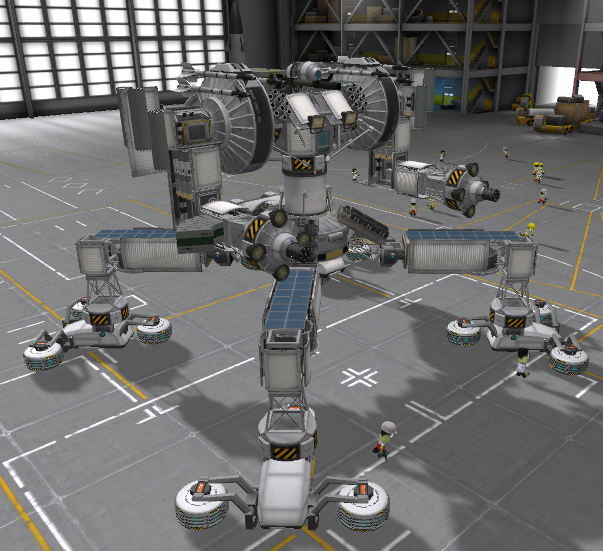 A mod aircraft called AAA Judgement. Built with 258 of the finest parts, its root part is landerCabinSmall.

Personal notes:
This is a mecha I built based off of the Armored Core V games.
I suggest trying out Throttle Controlled Avionics to see if it will help in your use of the various engines that propel this war machine. The shaking from all the weight of the craft makes it less intimidating and can cause TCA to not work as intended. Originally, I only had the two dual KIE engines so it could get some thrust, but later added more. Also, the Q and E controls have been reversed, making this mecha tricky to pilot. 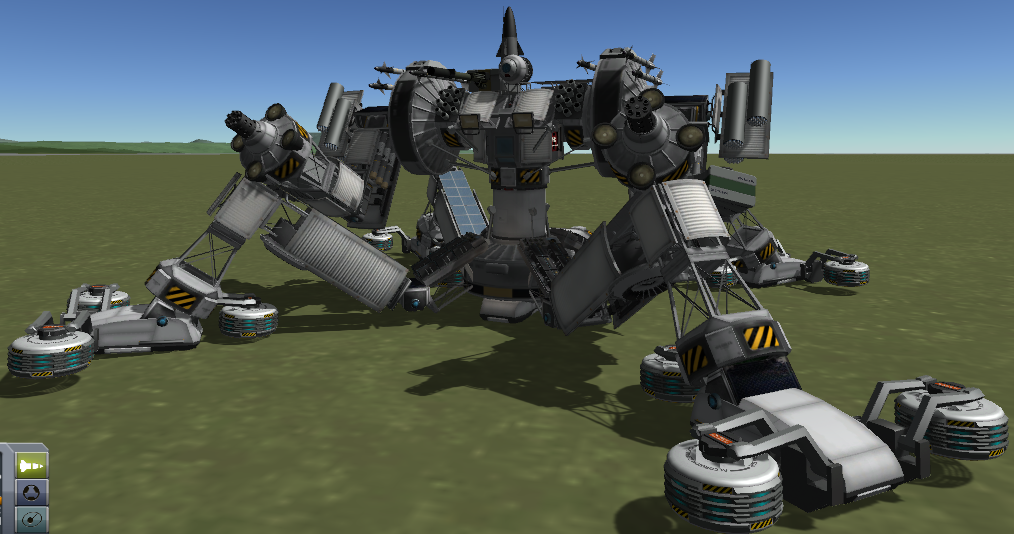 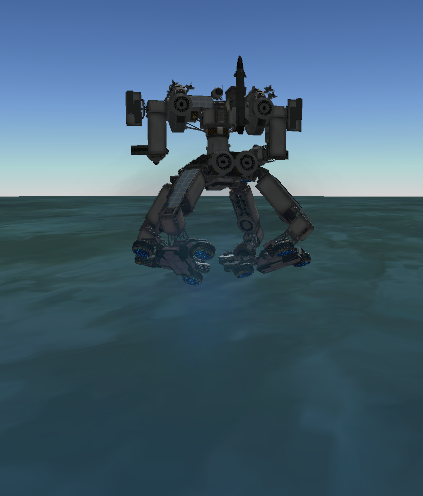 The arms and torso can be controlled. Arms swing left and right with J and L. Arms aim up and down with I and K. Torso rotates with U and O. Finally, using B and N will allow it to crouch or stand. Done quickly enough, it will jump unassisted up to 20 meters, enough to clear fuel tanks and short structures.
However, the legs can rip off if done with too much enthusiasm. 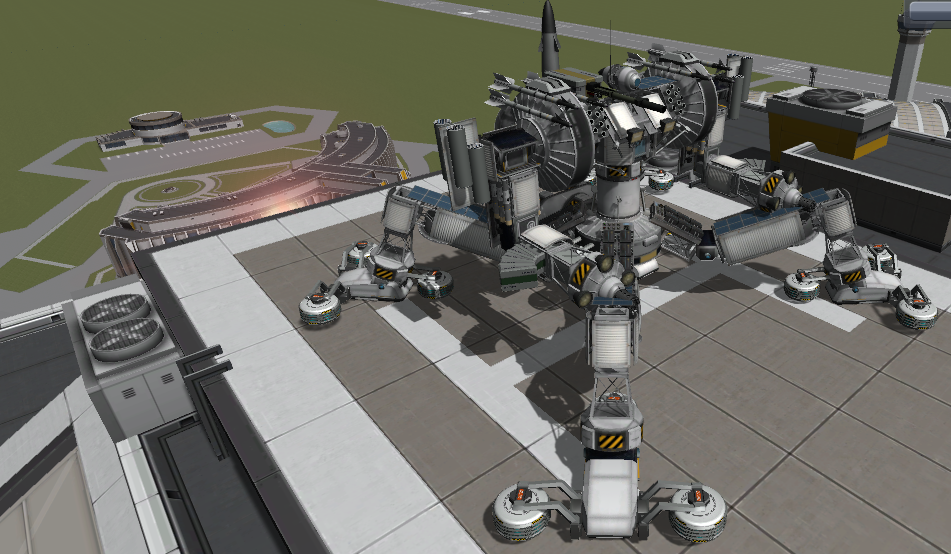 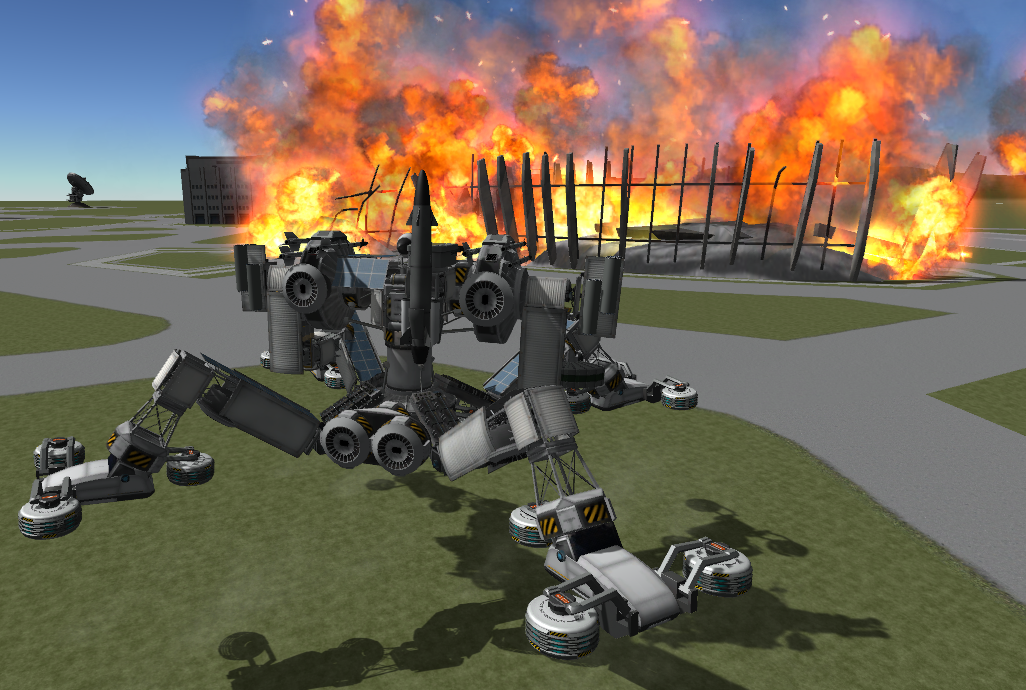 Thanks to four KIE engines on the undersides of the legs, the mecha’s jumps can be enhanced, or even allow for flight at the speed of 70 m/s. This can allow the mecha to land on top of the VAB, even. However, due to the heavy weight of the mecha, one should avoid striking a structure at speeds of 15 m/s or higher, as it will knock the structure down with little or no damage to the mecha. 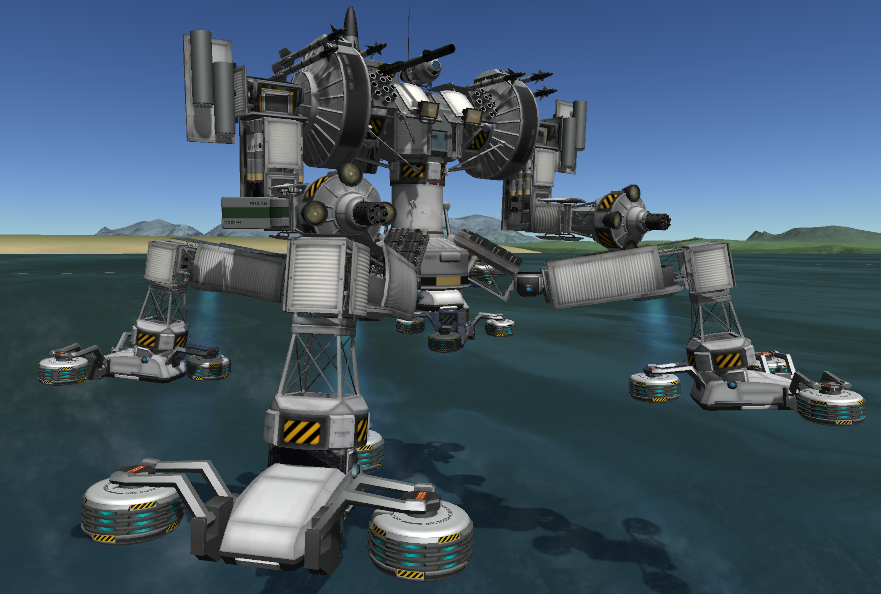 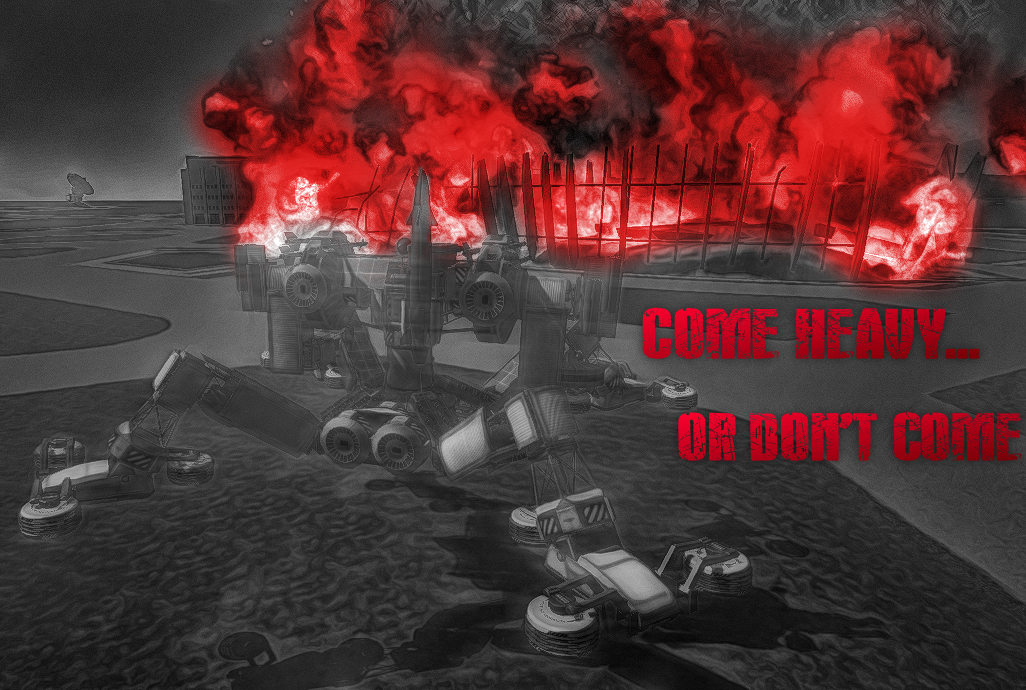 Another set of engines allow for the mecha make skim the surface at a speed of 70 m/s, and can be switched in the engine staging if one should desire they would rather stick to the ground. The feet are strong enough that, should the electricity run out at top speed, the mecha can skid to a halt as the repulsion system slowly shuts down. The feet can withstand 60 m/s while skidding, but will break at higher speeds.
When all eight of the engines are used in tandem, the repulsors can be strained less, and allow for an easier transition from land to water travel. However, stability will be reduced as a result.