Or find other craft;
- made by Castille7
- that are also pure stock
- that have a similar part count
Hangars that contain this craft
K&S Technologies Group 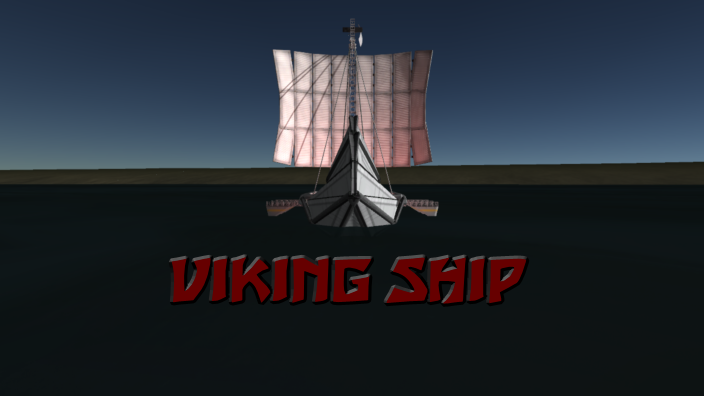 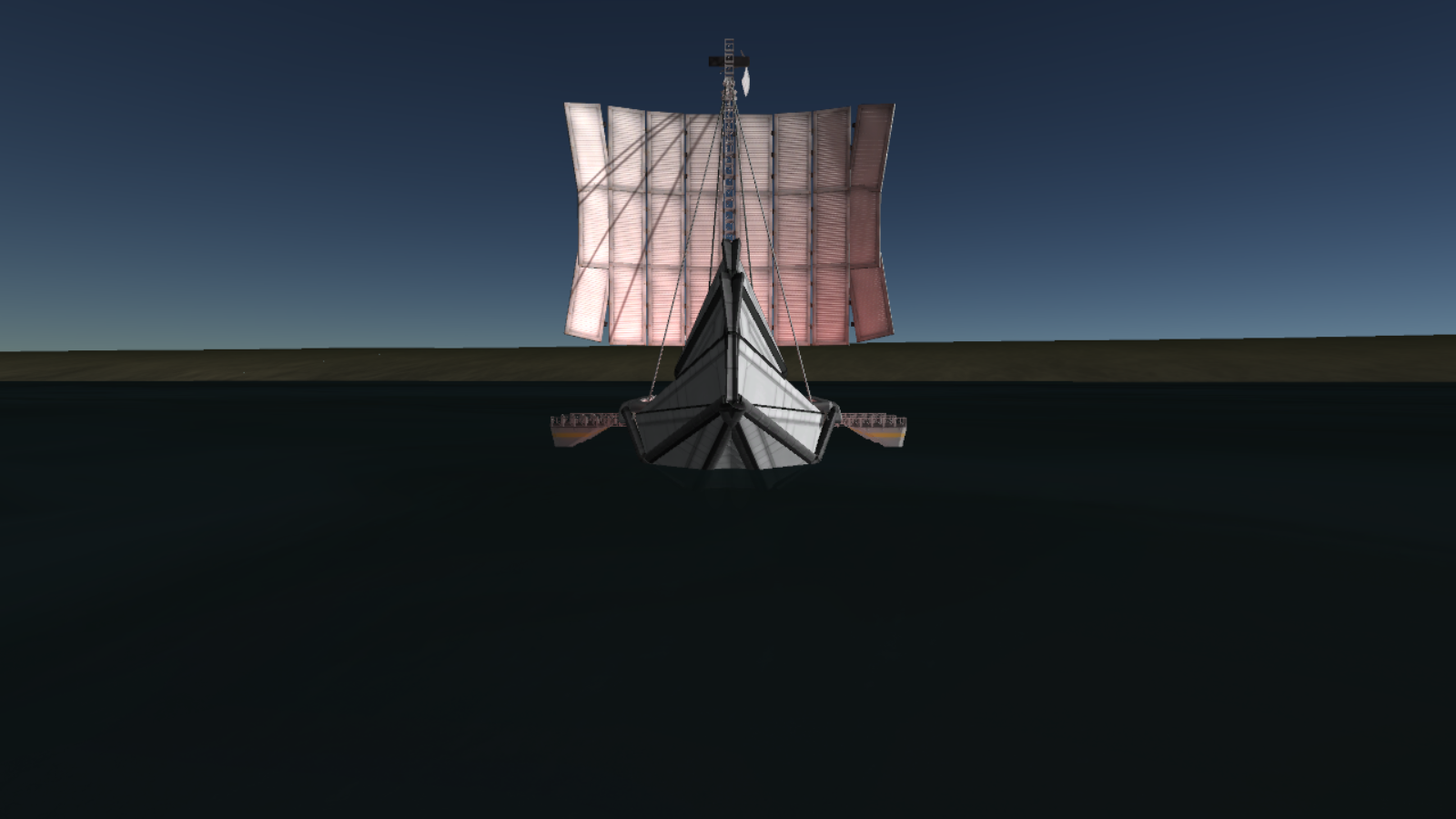 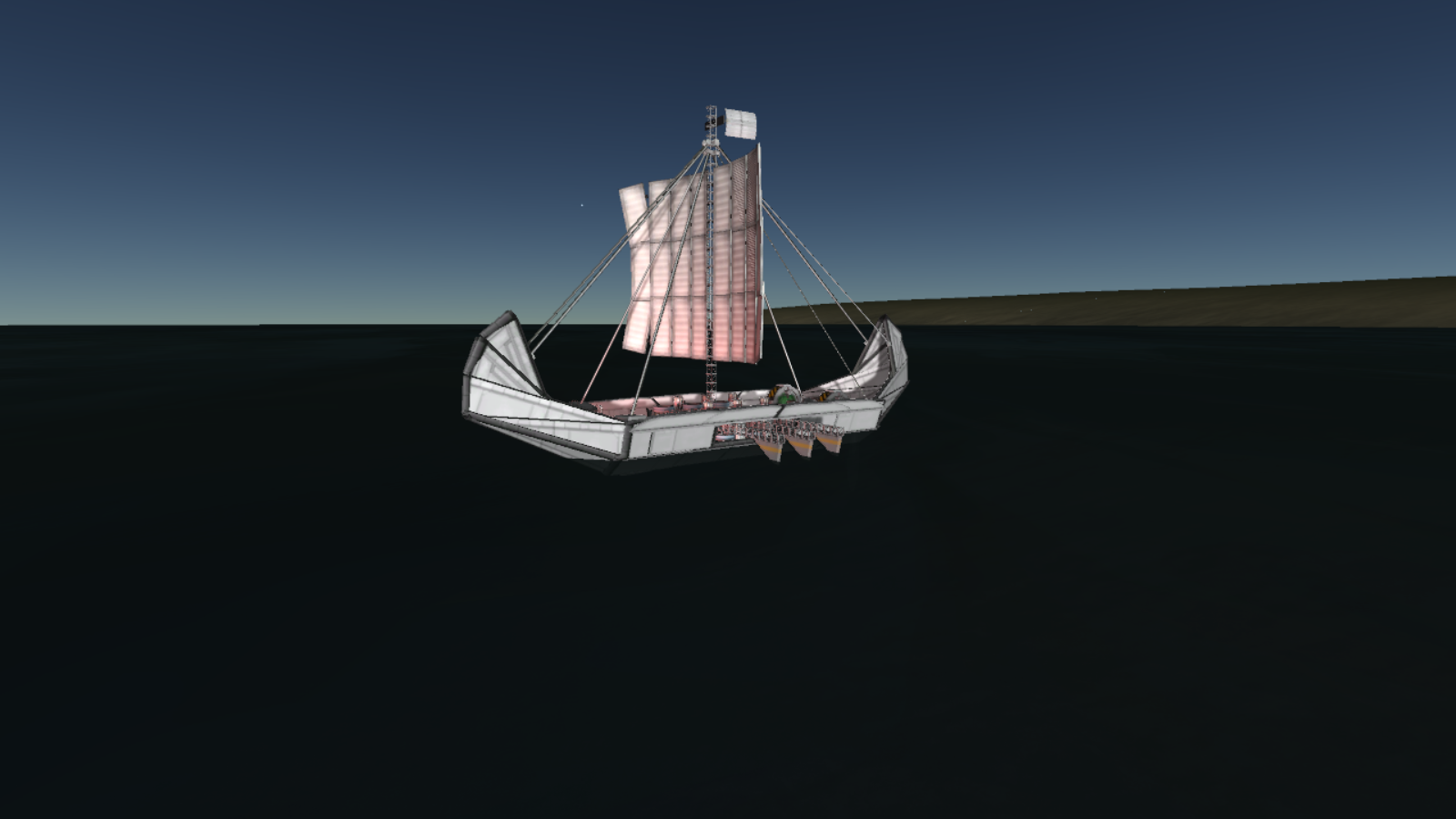 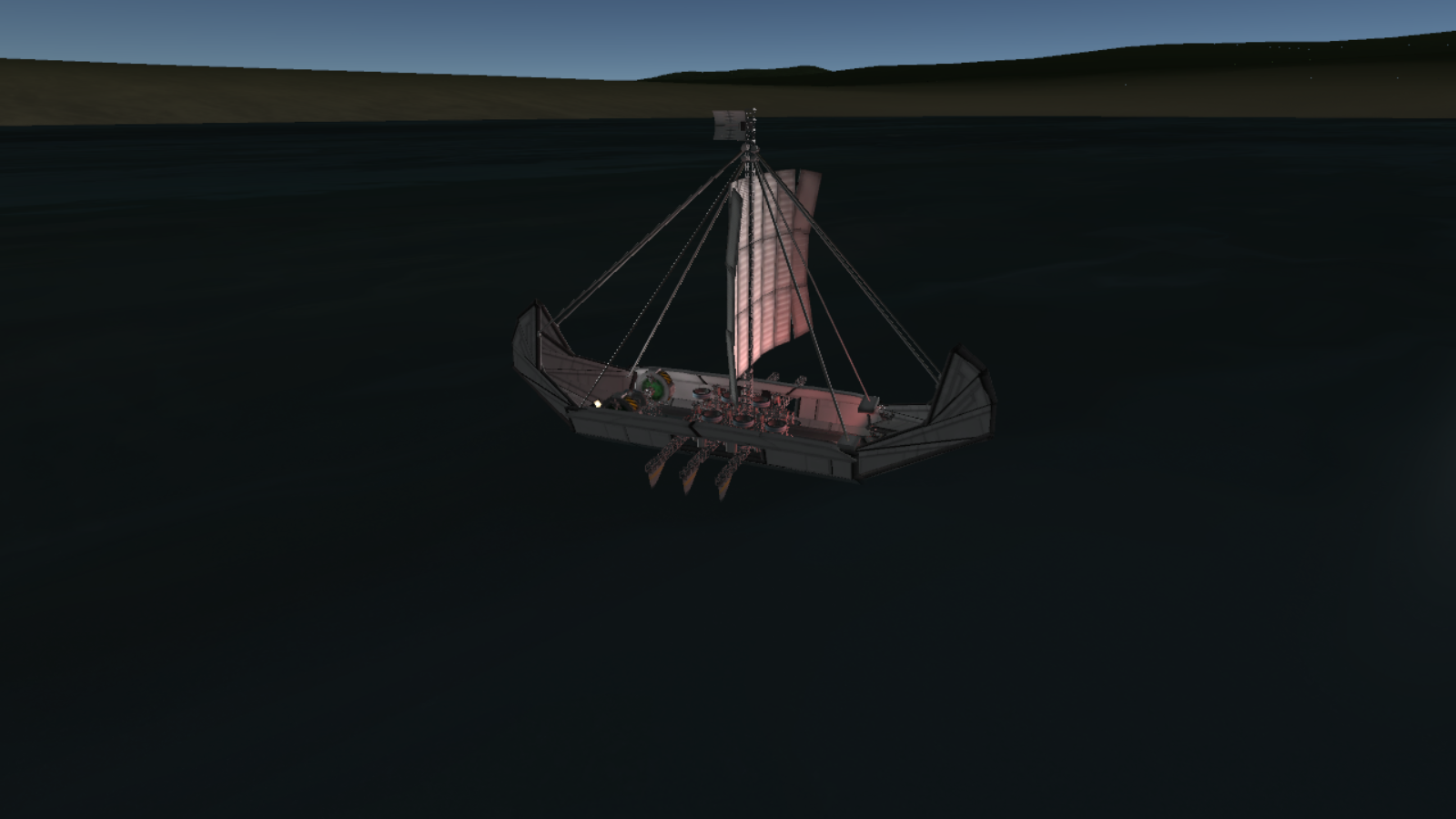 The Viking Ship started when Klond and I began to collaborate on a bridge project I was working on. During this time he showed me a project he was working on, it was a rowing motor (Machine) and it was looking like the Oars rowing on a Viking Ship so I threw the idea at him and we decided to follow through with it. The Motor is remarkable I thought and it looked like a lot of work so instead of Klond separating the Oars for a Large Hull design I had built I decided to build the Hull around the Motor (Row Machine). I apologize for the short Video but there really weren’t much ideas I could think of, due to the Kerbals not having any Swords and Shields. This is our first Joint Project and on behalf of Klond also we hope you like the outcome of our Viking Ship.
*
Operations: Takeoff at full throttle, full warp will get you to the coastline quickly. You can leave the engines at full when braking so when you enter the water the craft can already have full thrust to leave the beach quickly. Kill Engines, Load Kerbals, Release Modules, Select Ship, Full Throttle to get away from the Modules, Release Engines, Select Ship again, when doing this look at your resources and watch for your Electrical Only 5.00 this will be the Rowing System, Press and hold your E key and you are on your way at neck breaking speeds of 0.5+m/s!
*

A stock aircraft called Viking Ship. Built with 656 of the finest parts, its root part is probeCoreOcto2.