try not to crash it
Note: this was made in KSP v1.1.0 - It may not function as intended in KSP 1.10.1
This craft has been added to your downloads queue. Use the KX Mod to fetch it when you are next in KSP. Enable deferred downloads to make this the default way to download.
Download craft with the KerbalX Mod
how to install
re-download

Or find other craft;
- made by Castille7
- that are also pure stock
- that have a similar part count
Hangars that contain this craft
Sector 7's Low Part Count Craft | Sector 7's VTOL Hangar 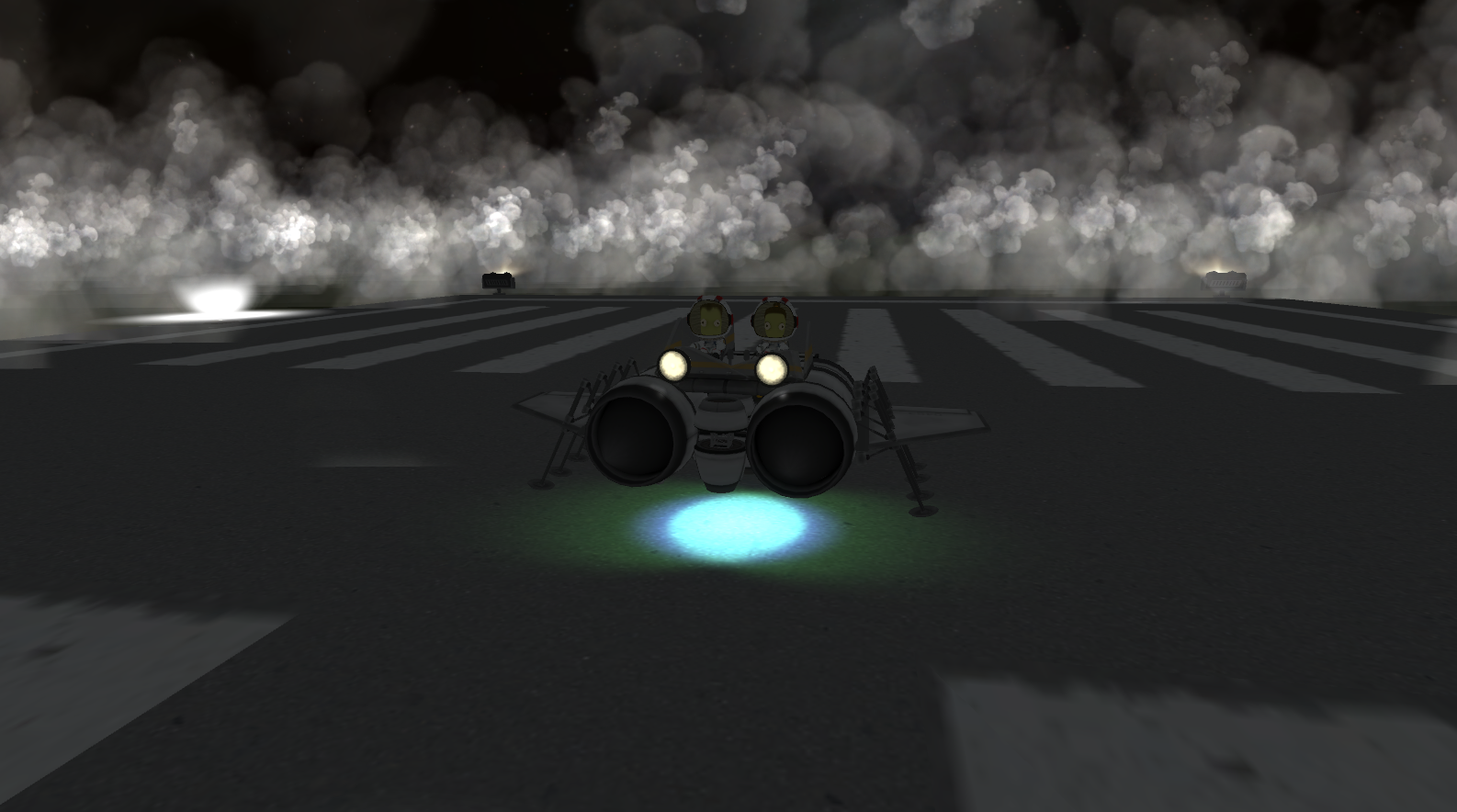 Stuck on small craft designs again, this is my Aurora 2000 a VTOL / Watercaft it’s a dual seat craft and it runs lite on fuel. I guess if I would have worked with it long enough I could have packed more Juno Engines under it to liftoff with full tanks but decided to go with the lighter version. I should have named it with some kind of insect name because it looks like a bug. During testing I found the water is much nicer in 1.1 and underwater is looking much better also.

Flight Operations:
Engage RCS and SAS, throttle up to full then press spacebar, if you would like to jump up quickly use the K Key, this is the downward thrust which is also used for landings. Hold the K Key until you gain some height then press spacebar a second time to engage the rear engines. The lift engines are on action group 1 and the forward thrust engines are on 2.

A stock aircraft called Aurora 2000. Built with 88 of the finest parts, its root part is probeCoreOcto2.