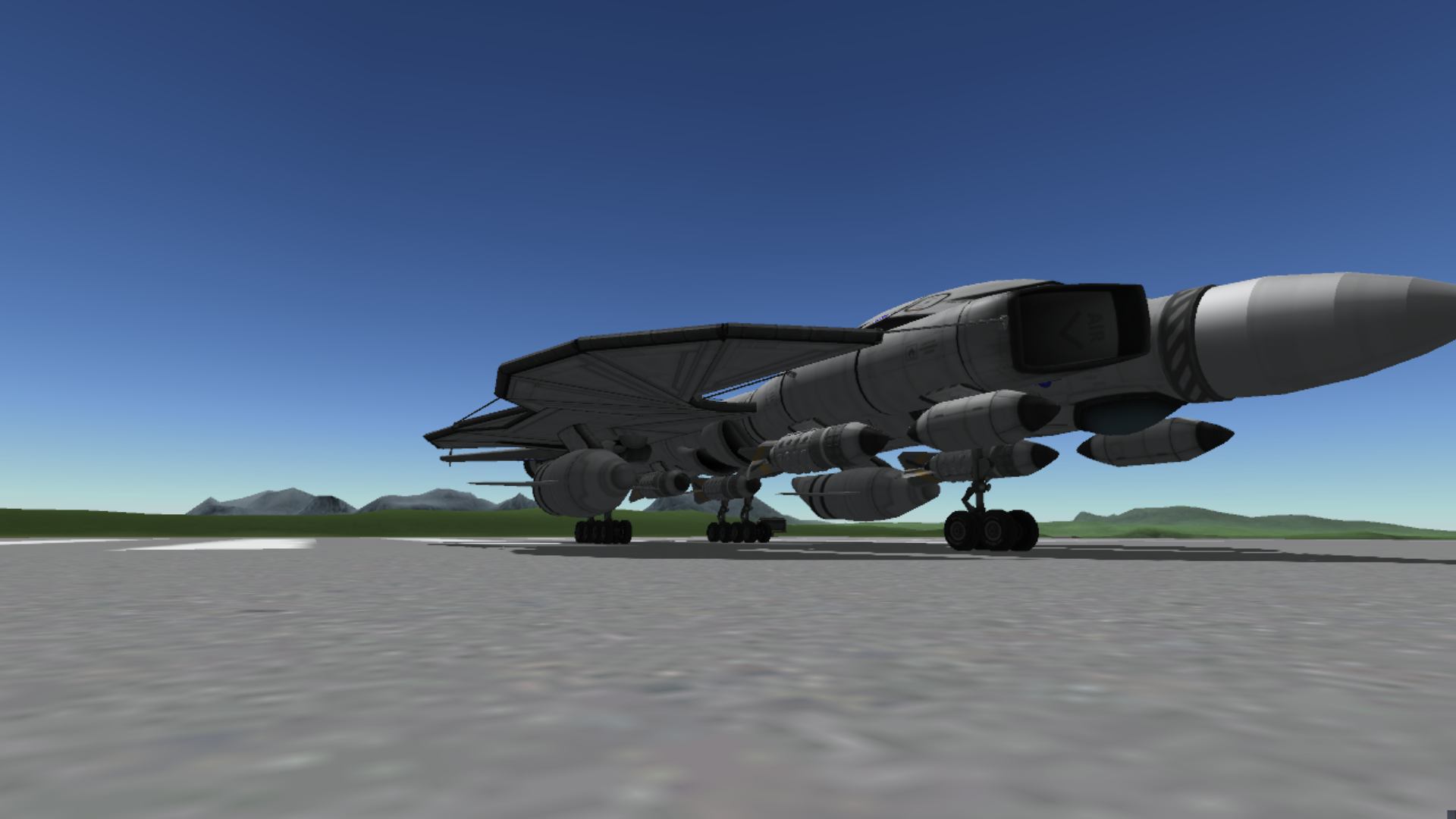 After the release of the Calamity, Arm-and-Dart knew they needed to produce a bomber rather than more fighters. The Greater Kerbin Alliance wanted to upscale it’s outdated bomber fleet with a craft that could deliver a Kerbin-Shattering payload and get back to base as quick as possible. Arm-and-Dart engineers pulled out one of their old scrapped ideas and got to work. They found that making a fuel tank barrier around the cockpit section would increase the amount of payload that could be delivered without unbalancing the aircraft. After a month of drawing, crossing-out, and re-drawing, the design was complete. The Arm-and-Dart spaceplane hangar crew gladly got to work on the challenge and built the first prototype in 3 weeks. When the Council of the Greater Kerbin Alliance saw this craft demonstrated, they literally jumped with joy. The first shipment of these was sent out in May of 2845. The first squadron to get this was the Kerbin’s Avengers bomber wing, who gladly accepted the Firestorm, as their oldRigidwing" bombers were requiring more and more maintenance.
The first sortie this craft flew was to do reconnaissance and flaunt the plae to the enemy at the same time. The Warsaw Kerbals were paralyzed with fear as the craft flew straight overhead with camera pods disguised as dummy bombs attached to the eight hardpoints. The Firestorm passed this test with flying colors, as it completed it’s mission in three hours. This was 2 less hours than what the previous craft could do. Later that night, the employees at Arm-and-Dart had a grand party that lasted till 2 AM with lots of food and wine.

The Firestorm features eight hardpoints, four VRAM engines, rigid landing gear, crew capacity of six, and new wing technology in one terrifying bundle. Be sure to not bomb the KSC tooo much ;)

A stock aircraft called AB-278 Firestorm Bomber. Built with 344 of the finest parts, its root part is mk2Cockpit.Standard.