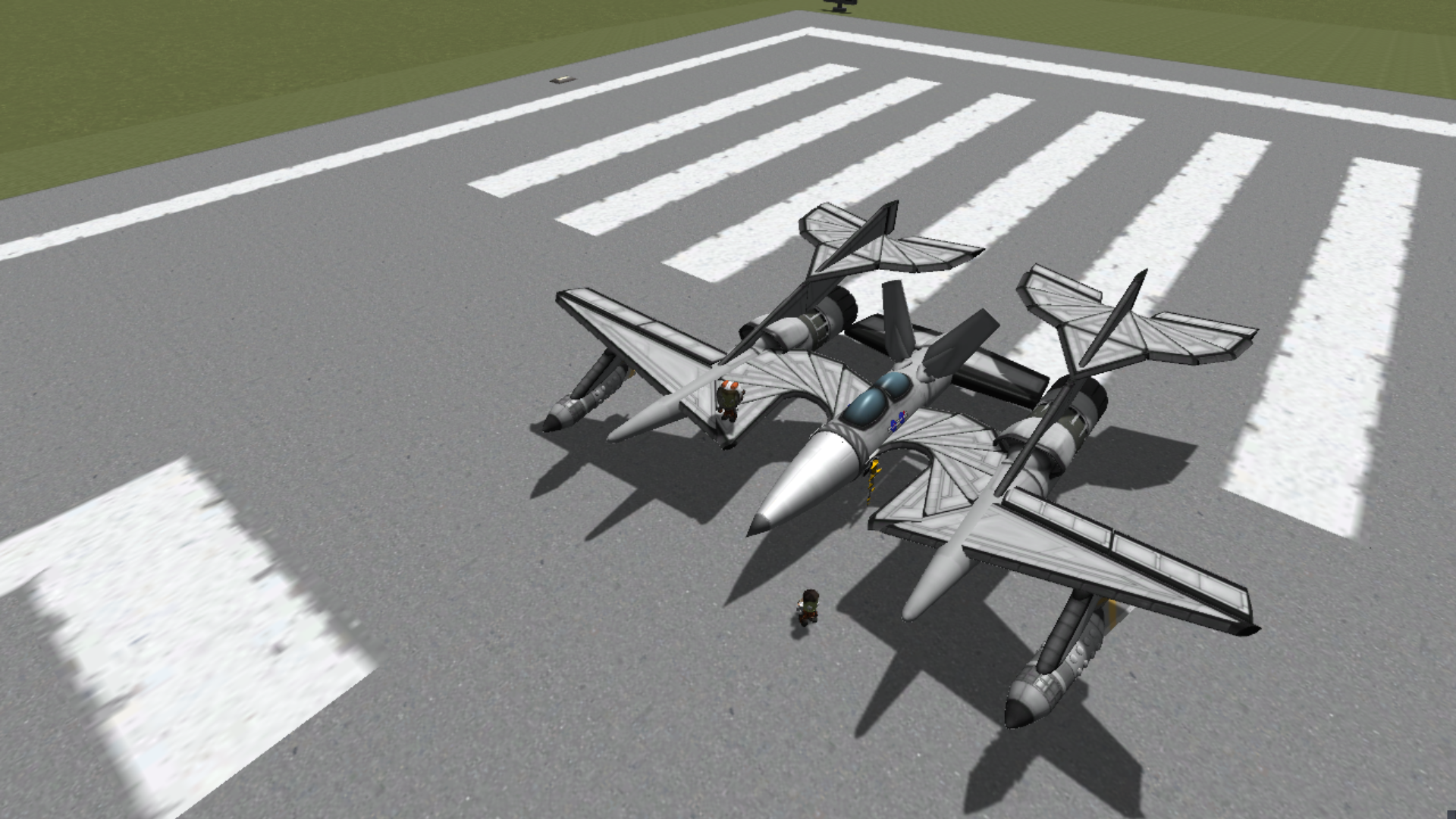 After the resounding success of the A-666 Reaper jet, the engineers at Arm-and-Dart Aeronautics were convinced to make another plane. They drew all sorts of designs, and tested all sorts of crafts, but none of them seemed to meet the demand. Until one of the most successful Reaper squadrons, the Sickles of Kerbin, saw something. Every Reaper is equipped with onboard surveillance equipment, so when they flew over the Warsaw countries, they saw something they did not expect. A Soarcerer pleasure jet, from the year 2740. This amazing airplane was produced by the DarkLion Aeronautics company, until Darklion merged with Kerbanian Dynamics to become Arm-and Dart. The Reaper squadron leader immediately
sent the picture to Arm-and-Dart, and so it began.

Arm-and-Dart sent a secret scavenger aircraft into the Warsaw Territories to get the aircraft. The vessel flew under the cover of night, and recovered the aircraft with no complications. The whole operation costed 1.2 million Firts (the equivalent of 900,000 dollars), so the government was not pleased. Arm-and-Dart would have to deliver a killer aircraft to make up for the costly rescue of an antique.

Arm-and-Dart engineers dug up old archived designs of the Soarcerer and were able to piece it back together, however, they needed to add some other features. No way could this pleasure craft stand up to the fighters of the Warsaw Airborne defense. The A-and-D engineers worked long overtime, fueled by ramen and coffee. They eventually came out with this design. It features the VRAM engines found on the Reaper, a deployable nose cone which covers a communications antenna, two wing hardpoints, and a dual seat cockpit. The result is a craft only seen in Warsaw Kerbals’ nightmares: a sea and land based fighter, with speeds upward of 800 m/s, with two people, cluster bomb loaded, and that is extremely maneuverable. This craft is being shipped out to fighter wings all around the Greater Kerbin Alliance Territories, and the public is going wild over it. Enjoy flying this, and don’t cluster bomb the KSC tooo much ;).

A stock aircraft called A-734 Calamity. Built with 174 of the finest parts, its root part is Mark2Cockpit.