Or find other craft;
- made by Brikoleur
- that are also pure stock
- that have a similar part count 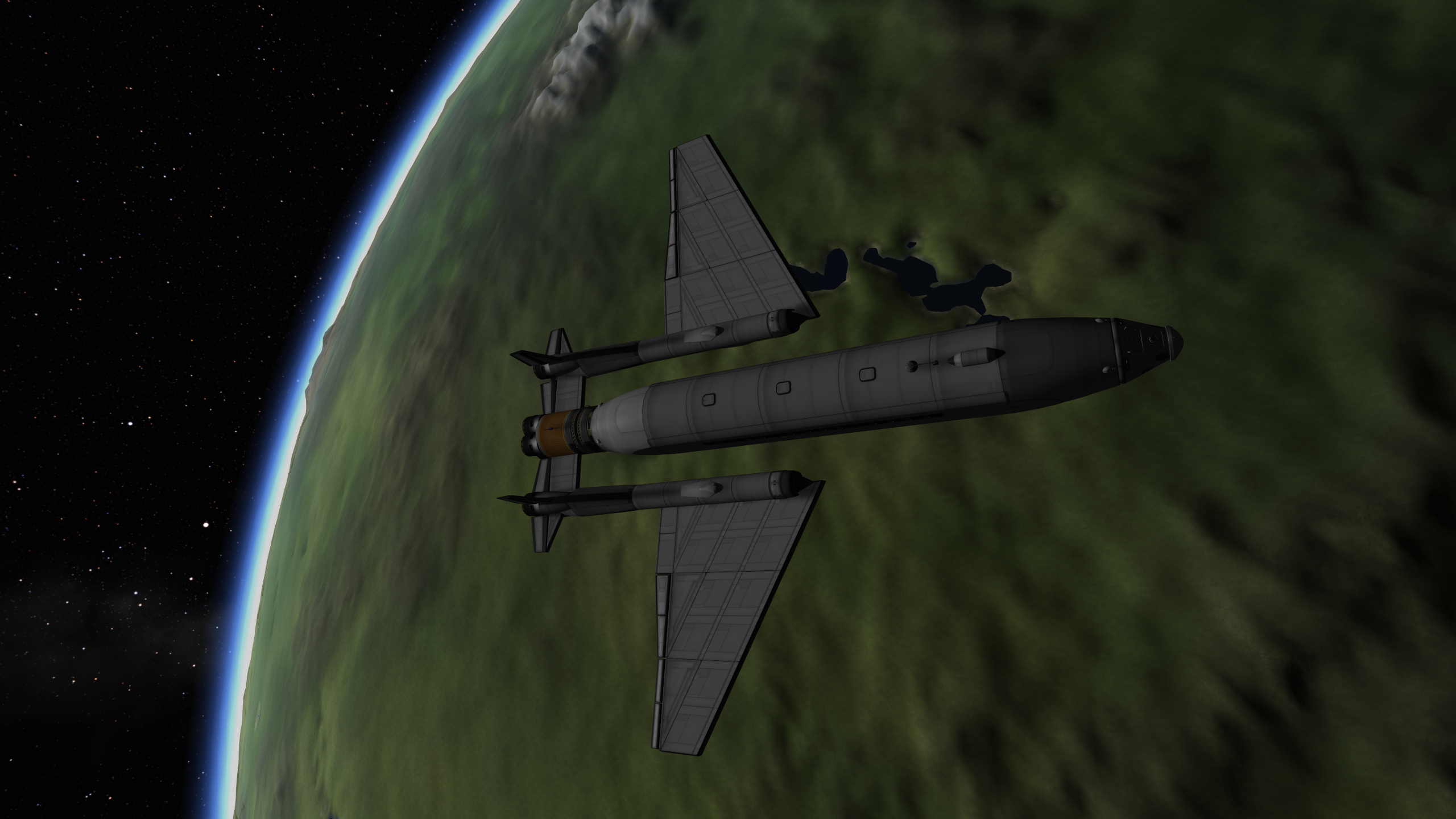 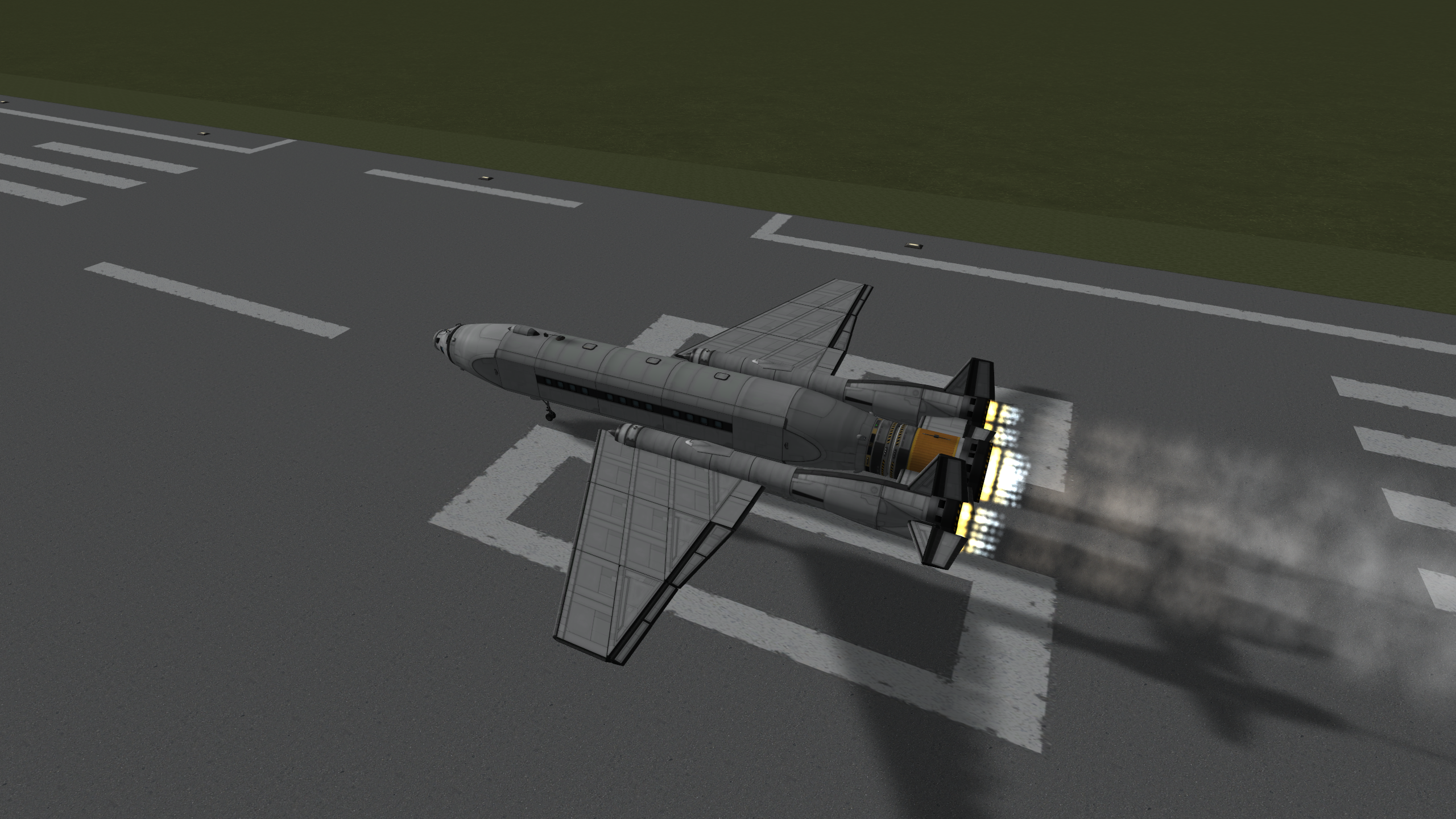 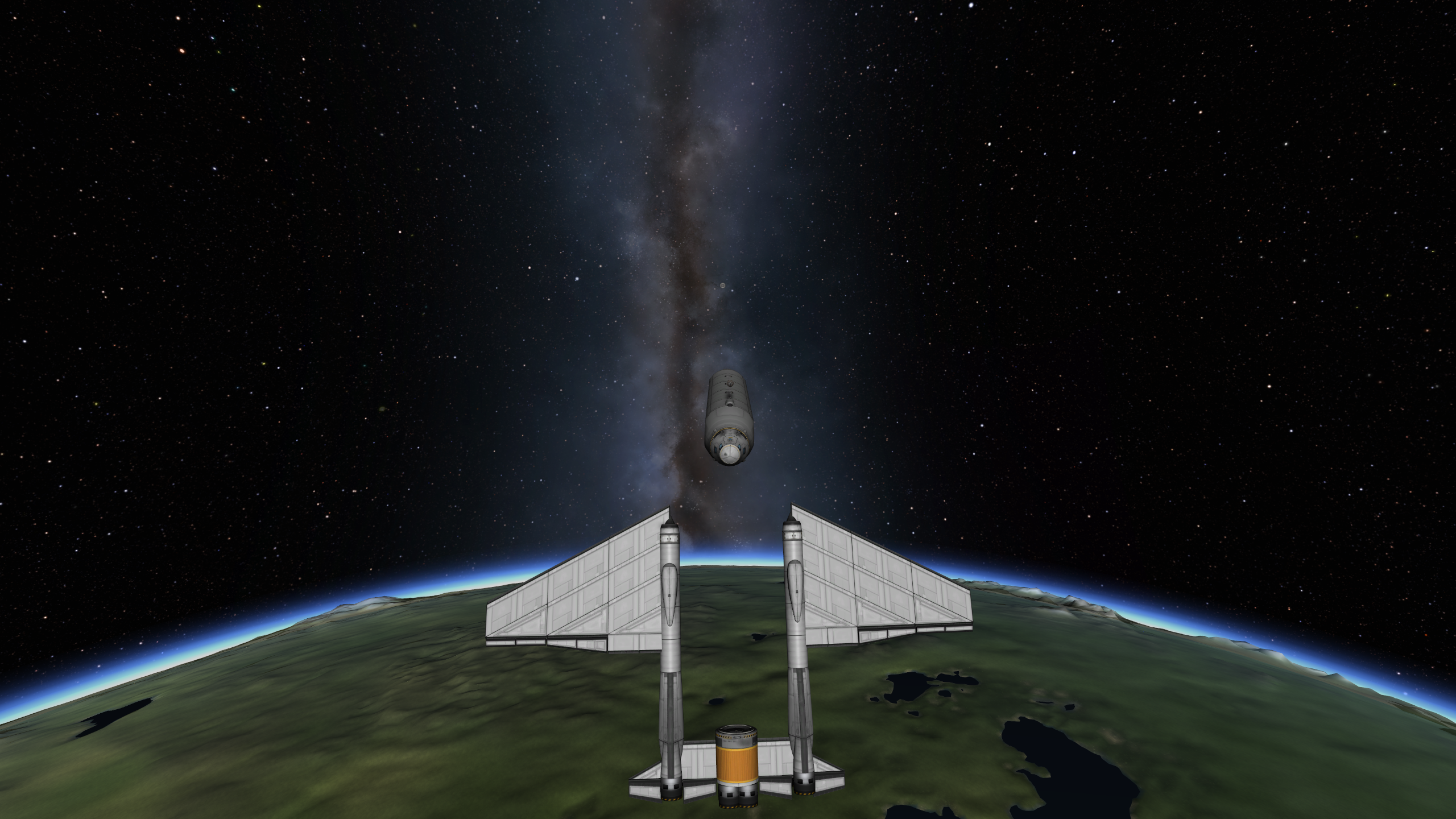 The MIKS-01 KOS is the initial launch of the system. It consists of the Passenger and Fuel Module (PFM) and the Kerbin Orbital Shuttle (KOS).

The core of the system is the PFM. It seats 48 passengers and 3 crew (two pilots recommended). It has no engines of its own but does have RCS and remote probe control capability.

The KOS is the Kerbin orbital lifter module.

The MIKS/KOS combination takes off and flies to orbit as a normal SSTO. After transferring all fuel and about 200 units of Ox to the PFM, the pair waits for RV by the MIKS-IT (Interplanetary Tug) module (see), then the PFM undocks from the KOS to dock with the IT and set out on the interplanetary leg of the journey. The KOS remains in Kerbin orbit waiting for the PFM – or a compatible module – to return.

When it does, the PFM re-docks with the KOS, and the KOS re-enters and returns to KSC as usual.

The KOS should be able to lift the PFM and all the fuel it can hold to LKO, plus a bit of Ox for manoeuvring.

A stock aircraft called MIKS-01 KOS. Built with 109 of the finest parts, its root part is dockingPortLarge.