try not to crash it
Note: this was made in KSP v1.7.0 - It may not function as intended in KSP 1.10.1
This craft has been added to your downloads queue. Use the KX Mod to fetch it when you are next in KSP. Enable deferred downloads to make this the default way to download.
Download craft with the KerbalX Mod
how to install
re-download

Or find other craft;
- made by Brikoleur
- that are also pure stock
- that have a similar part count 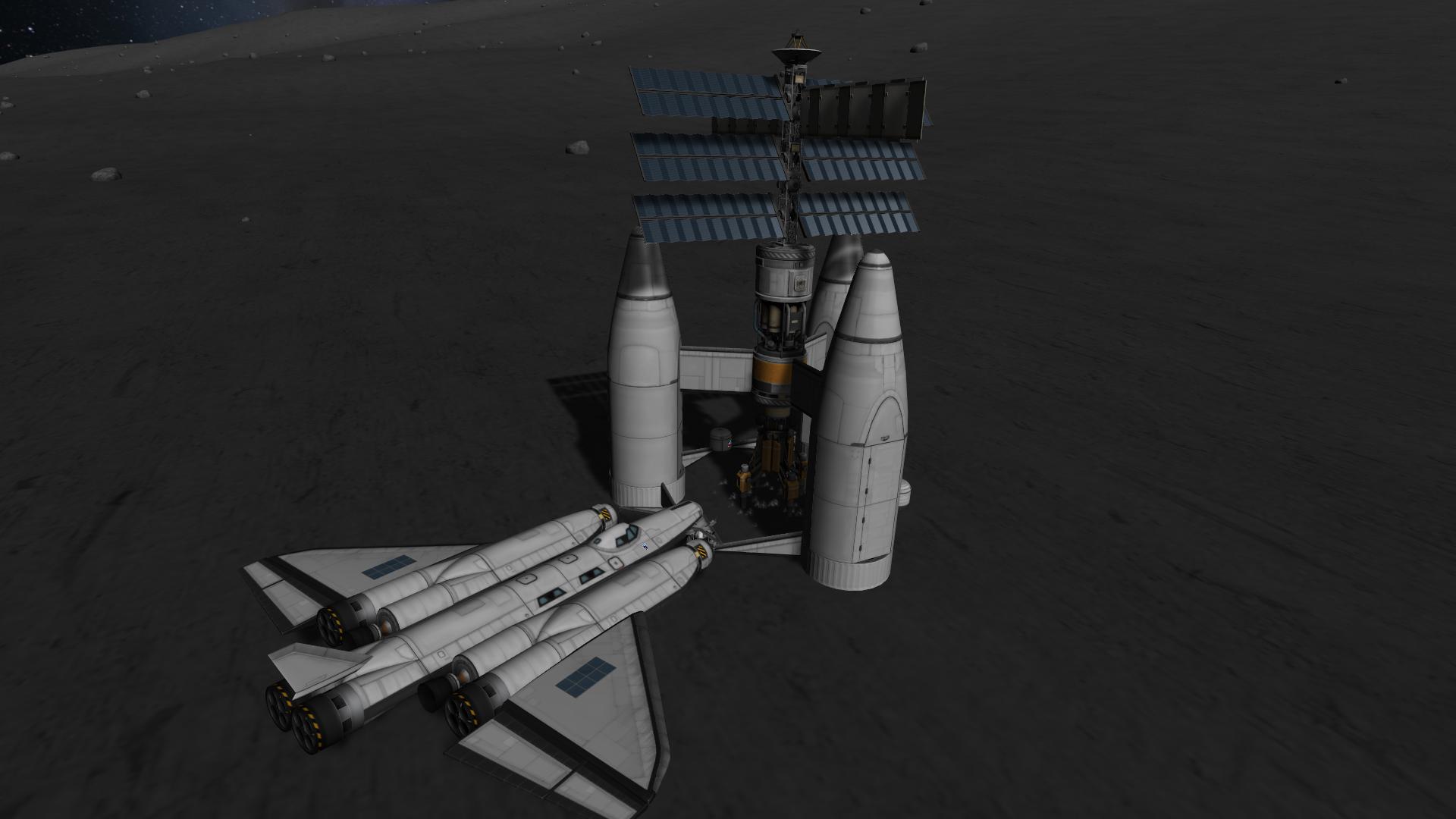 A self-contained Mun base. Has accommodations for 20 kerbals, comms, power, remote probe control capability, a science lab, an ISRU fed by four drills, and three Claws with plenty of clearance for docking craft. This configuration is capable of getting to the Mun, but it should be simple enough to create variants for most other Kerbol system bodies with little or no atmosphere.

A stock rocket called BASE-A-MUNAR. Built with 111 of the finest parts, its root part is mk2LanderCabin.v2.