try not to crash it
Note: this was made in KSP v1.7.2 - It may not function as intended in KSP 1.10.1
This craft has been added to your downloads queue. Use the KX Mod to fetch it when you are next in KSP. Enable deferred downloads to make this the default way to download.
Download craft with the KerbalX Mod
how to install
re-download

Or find other craft;
- made by Brikoleur
- that are also pure stock
- that have a similar part count
Hangars that contain this craft
Choppers 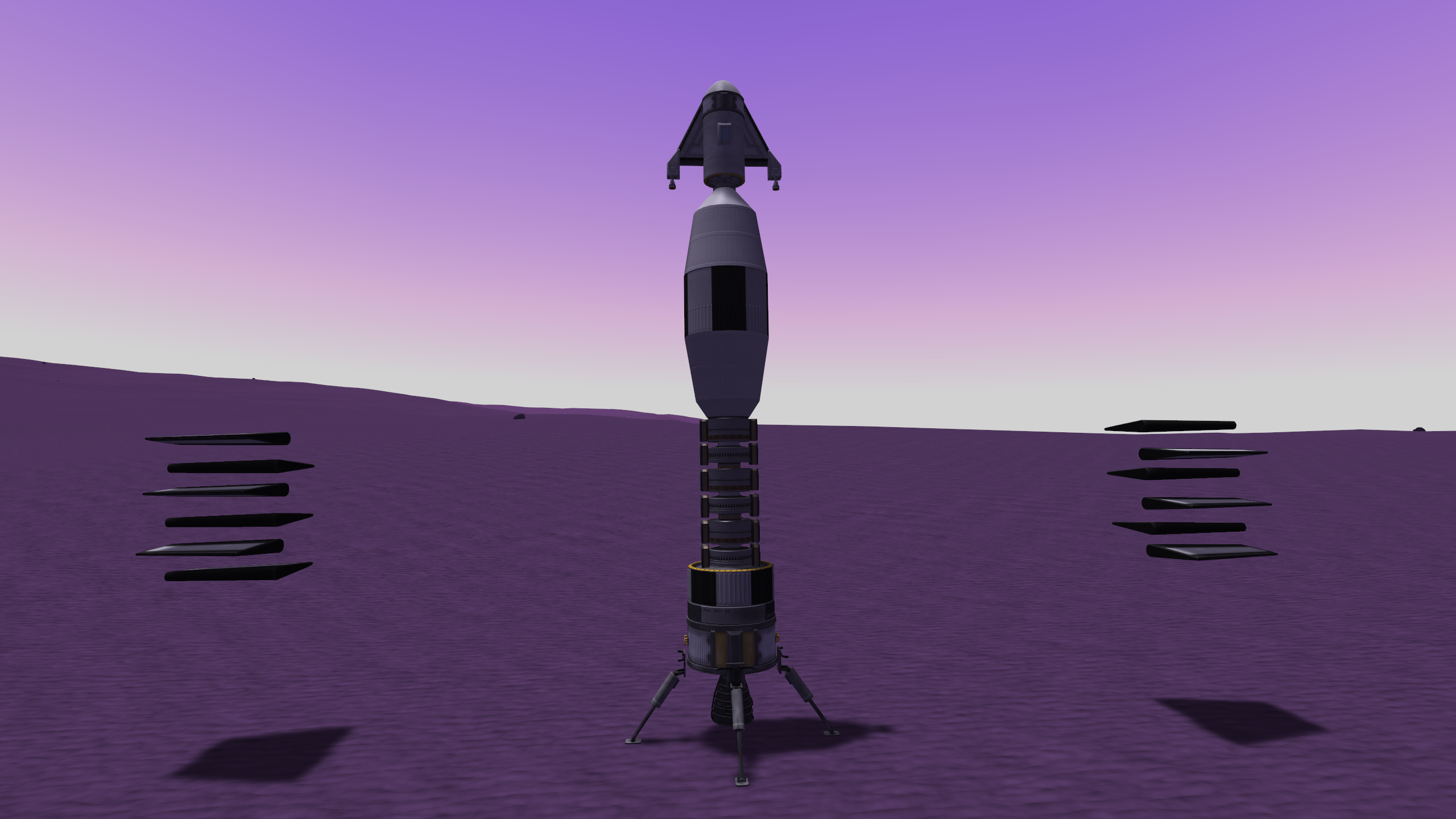 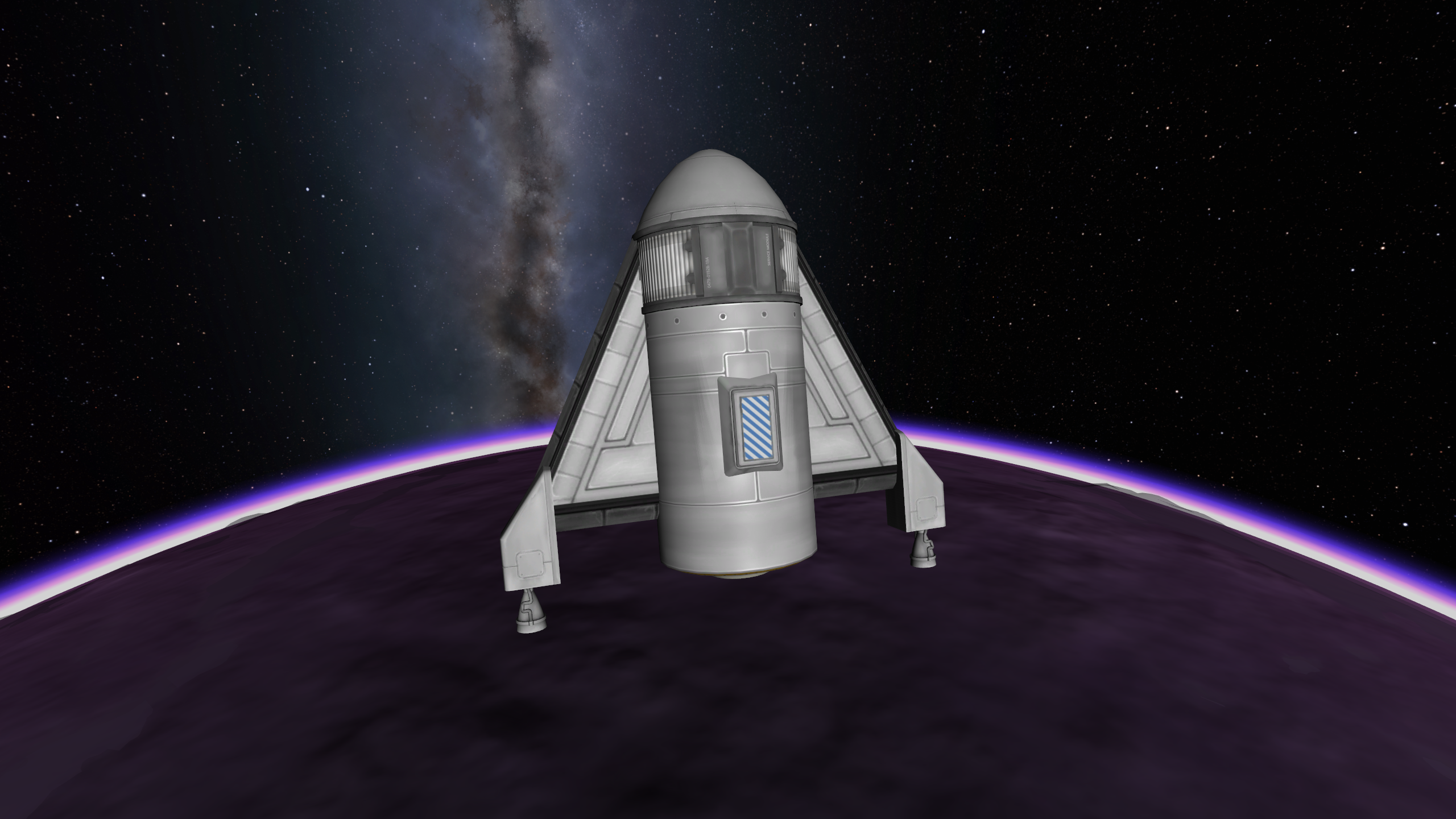 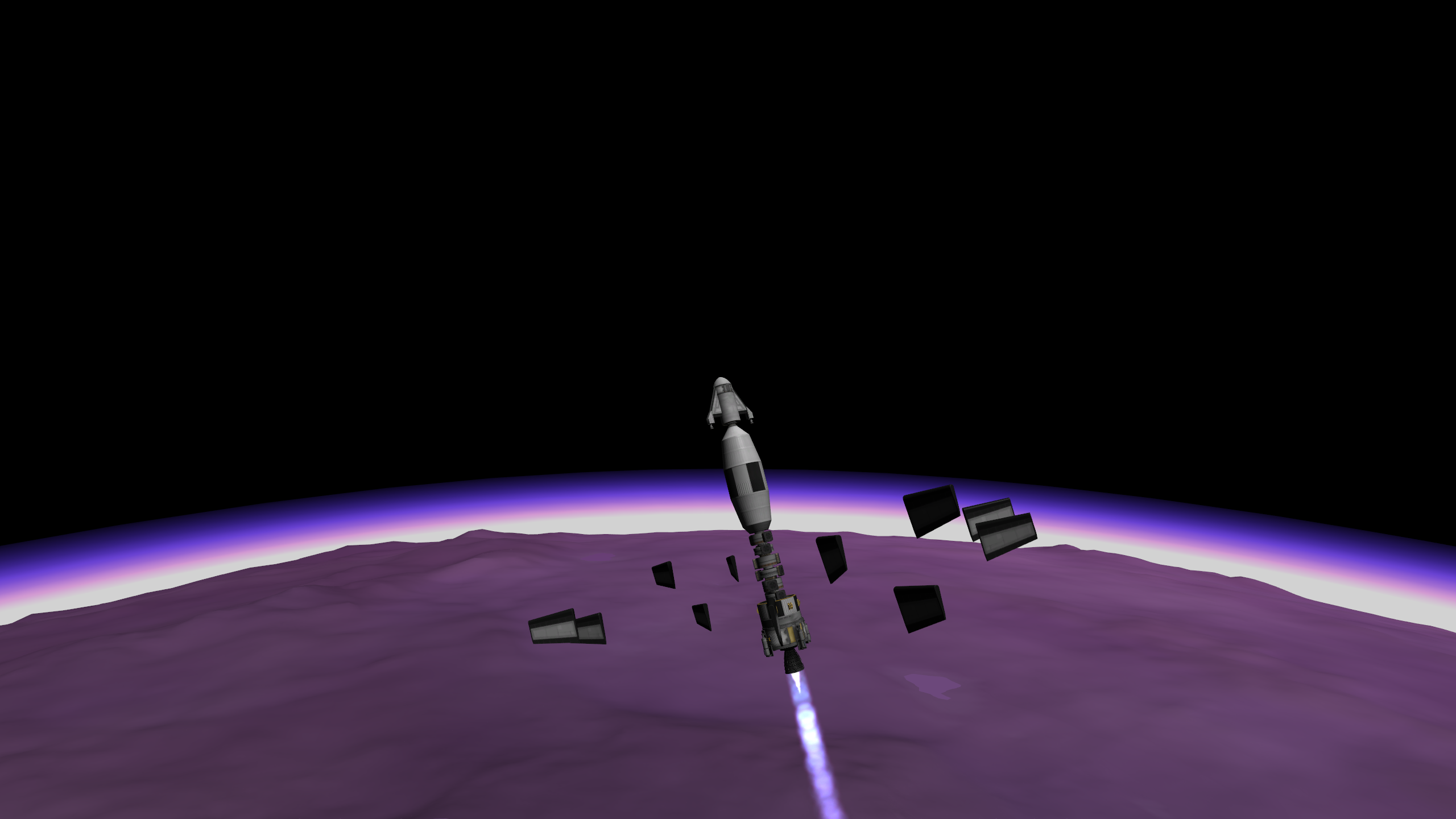 It is the next best thing: a fully reusable launch system capable of delivering one (1) kerbal to orbit from Eve sea level – if you have the infrastructure and the patience to operate it.

The Seraph’s six pairs of rotary wings are powered by three heavy rotors mounted on freewheels along the spine of the vessel. She uses them to take off – very carefully – then climb to 26 kilometres or so. Climb peaks at around 15 m/s vertical speed between 13 and 15 km or so, and the craft takes about 40 minutes to reach its ceiling.

After it has reached its operating ceiling, it disengages rotors and sets collective to 90 degrees, lights up its Vector, and gets into a parabolic arc that peaks at over 70 km. It launches its orbiter, which flies to orbit.

After the orbiter is safely injected, the lifter falls back to the surface, initially braking with its rotors flat against the air, subsequently by autorotation. It then autorotates to a soft landing.

The orbiter will return to Eve. It is designed to withstand the thermal and physical stresses of re-entry, can glide to its final landing spot, and uses its parachute for the last bit of the way.

The whole mission from surface to orbit and soft landing for the lifter stage will take over an hour real time, as the Seraph is not physics warp friendly, but it is doable and not too difficult.

Then all you need to do is figure out how to refuel the lifter, get the orbiter to it, and re-mount it on its nose. 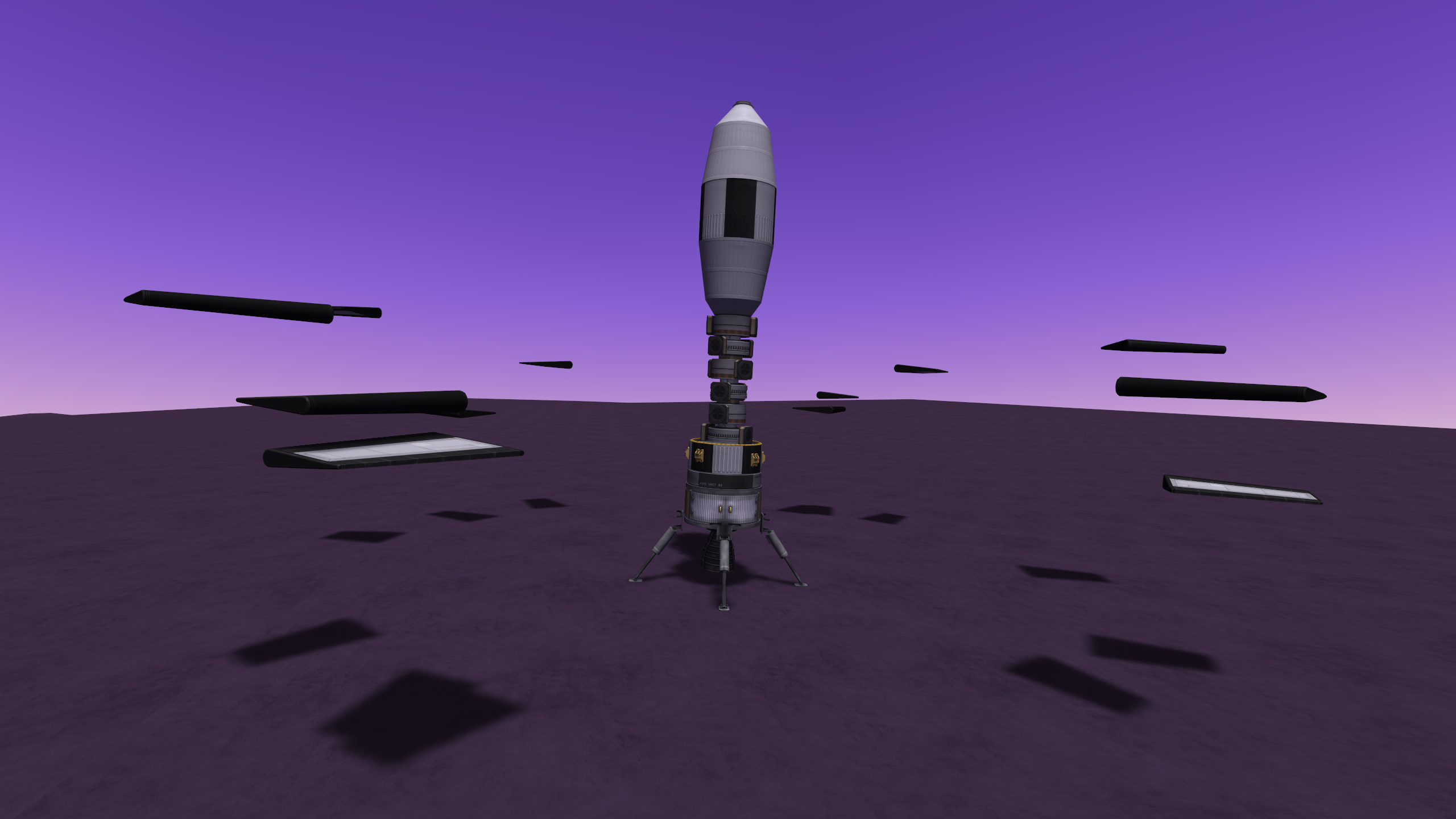 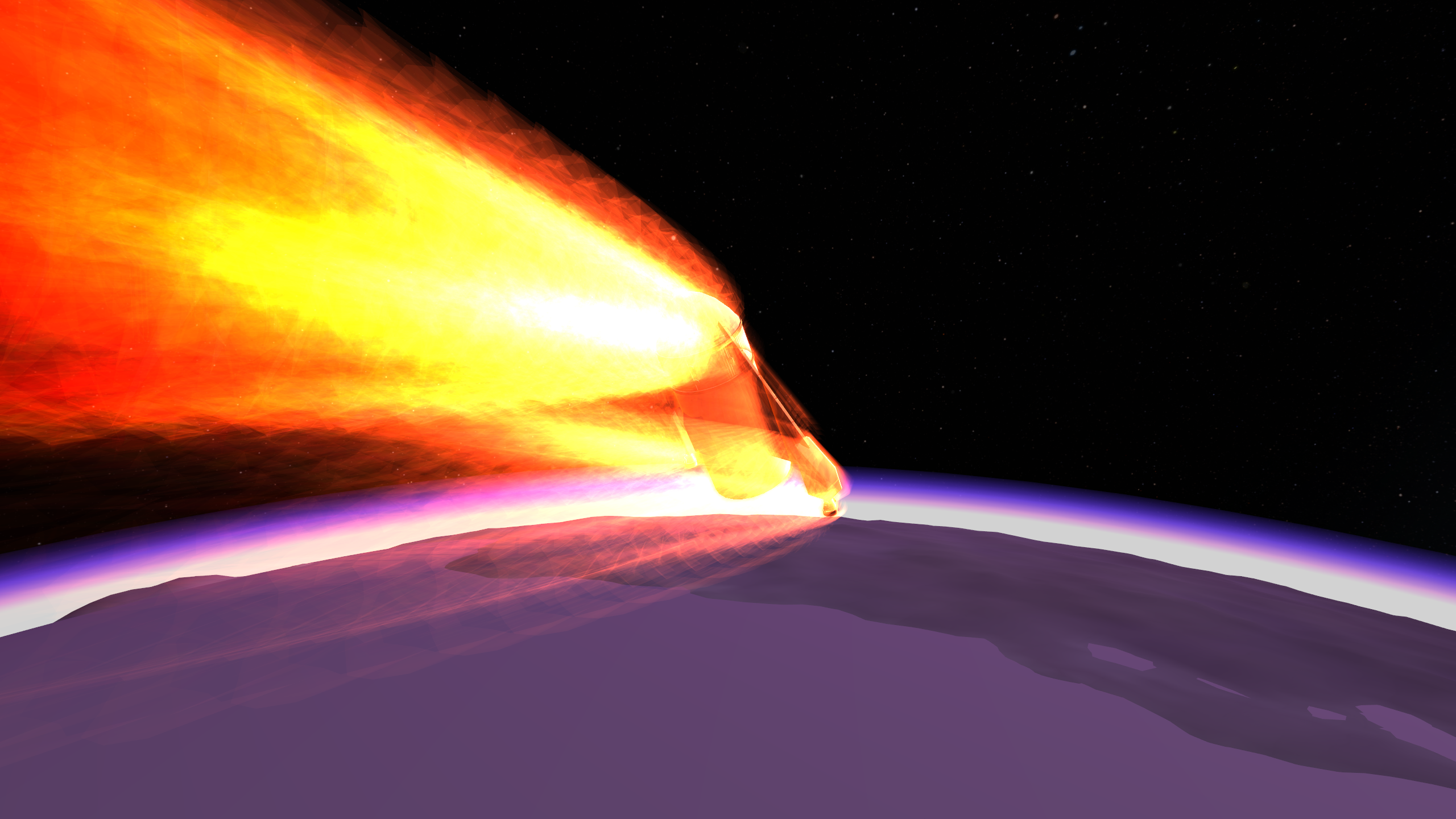 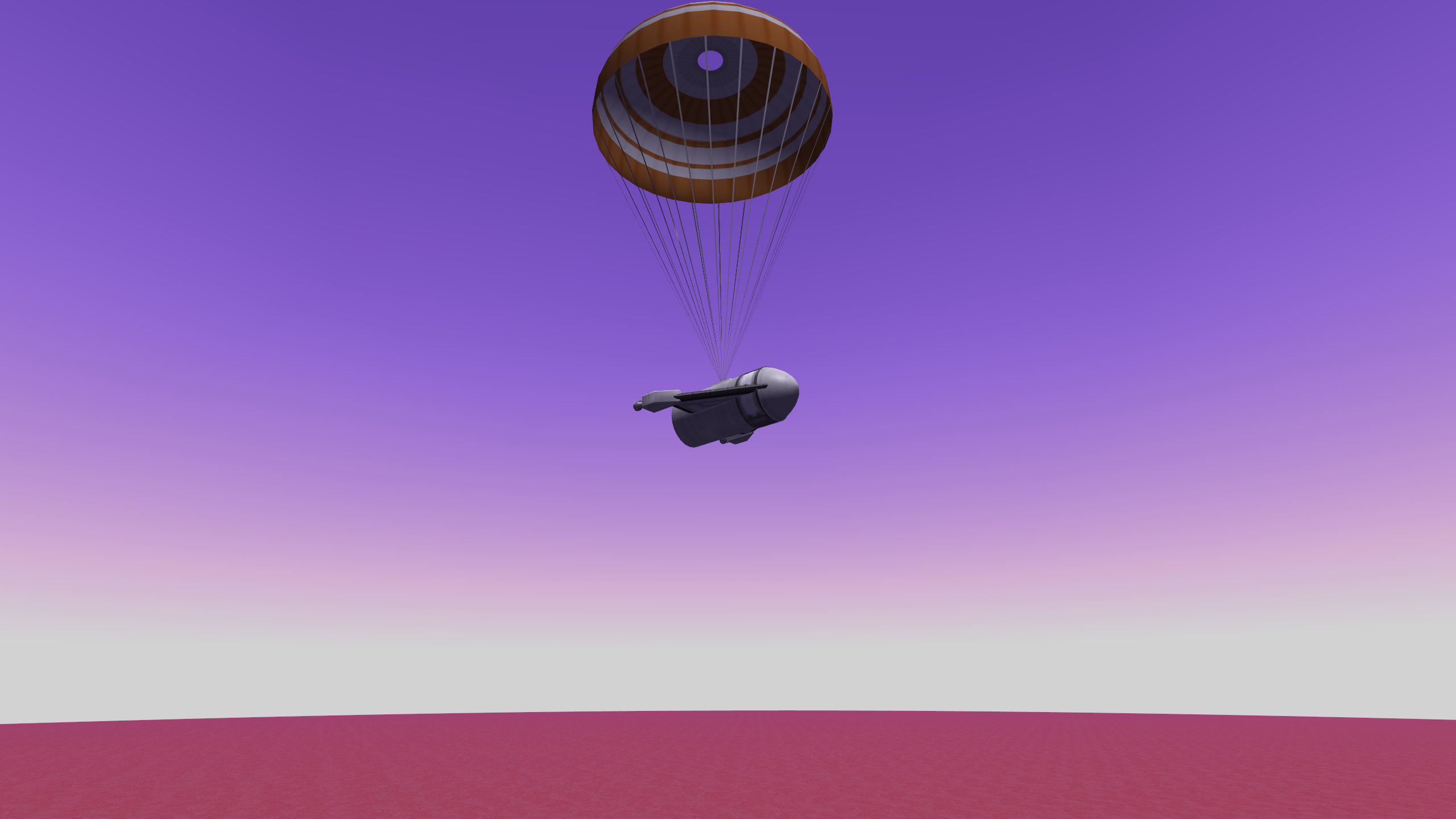