try not to crash it
Note: this was made in KSP v1.4.3 - It may not function as intended in KSP 1.12.5
download ckan meta-file
This craft has been added to your downloads queue. Use the KX Mod to fetch it when you are next in KSP. Enable deferred downloads to make this the default way to download.
Download craft with the KerbalX Mod
how to install
re-download 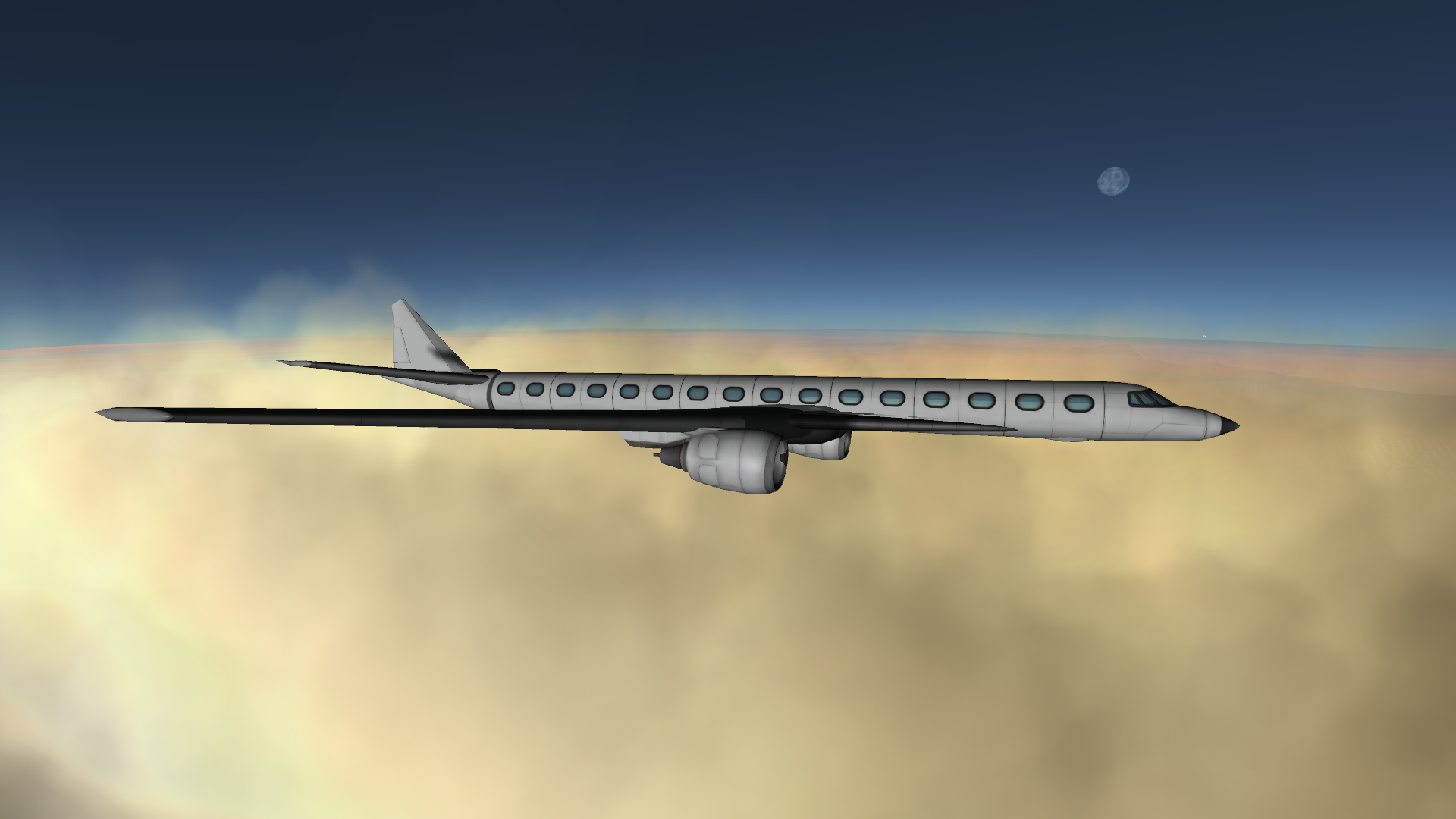 A design thrown together after attempts to economically downsize the A-501 failed, the A-401 has turned out to be an excellent, stable, and cooperative aircraft.

The 1B is powered by 2 Lotus engines. It carries up to 64 passengers.

It turns out standard cabins are far cheaper than luxury cabins! Who would’a thunk it.

The Lotus engines are both a blessing and a curse. Their high altitude and speed performance is poor, giving the A-401 a top speed of only 220m/s, but are efficient enough to cruise at 6300m for a range of over 3000km.

Also, as payback to the Military Application Division guys for taking a swing at the turboprop requirement, the designers of the A-401 stole the parts meant for ASPEN-platform combat drones and used them in their intended purpose as actual wing strakes.