try not to crash it
Note: this was made in KSP v1.3.1 - It may not function as intended in KSP 1.12.3
download ckan meta-file
This craft has been added to your downloads queue. Use the KX Mod to fetch it when you are next in KSP. Enable deferred downloads to make this the default way to download.
Download craft with the KerbalX Mod
how to install
re-download 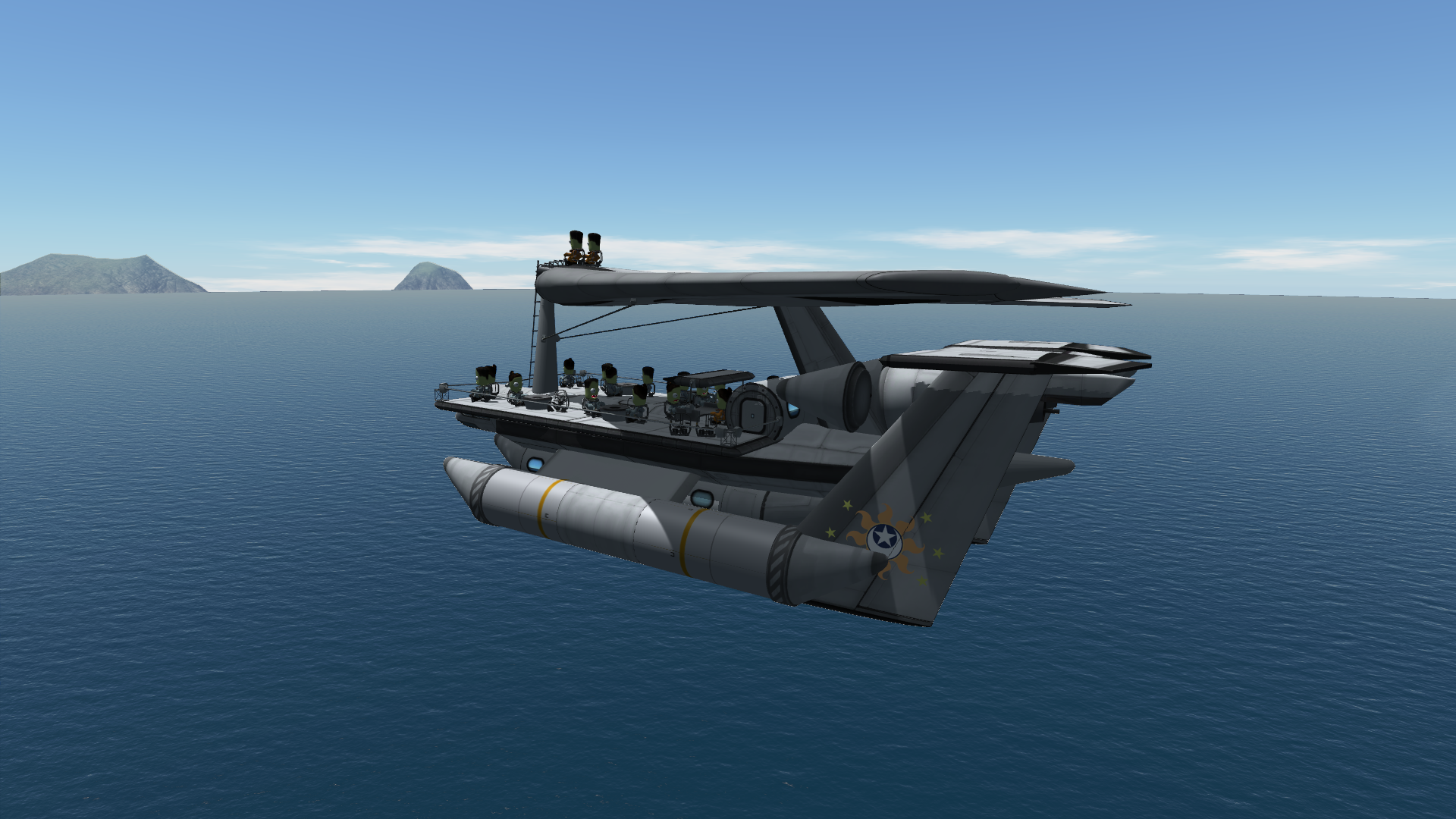 Your Vacation Starts Upon Boarding

When asked how this aircraft fit into ‘military application’, the Twin Crown Aerospace Military Applications Division spokeskerbal said ‘Profits are military-applicable!’ and refused to give further comment on the matter.

On the A-203 Flying Trimaran, your vacation getaway starts as soon as you make it out to be! Enjoy the spectacular views from the open deck, or have a drink at the Lift Bar at the back! On the water, there’s direct access straight to swimming below decks, exiting between the pontoons.

(TCA recommends use of tethers if mid-flight.)

I figured if the Ikaros worked as a weird, unique, fascinating party plane for the rich and to impress investors, there was a place for a luxo-barge with great accomodations for enjoying the tropical regions.

Okay, I know the rule was ‘make a cabin around command seats’, but rules are meant to be broken, as long as they’re broken creatively, and that was the motivator behind this design. A ‘how can I use command seats in an actually reasonable manned on a plane’ kind of thought. Didn’t really have a plan for the deck plan except place a bar ‘somewhere’, so I went with what seemed right.

Passenger capacity is however you want to count it. 40 according to cabins, but unfortunately the amount of drag on the plane means it can’t hit that 220m/s speed for a small regional airliner. 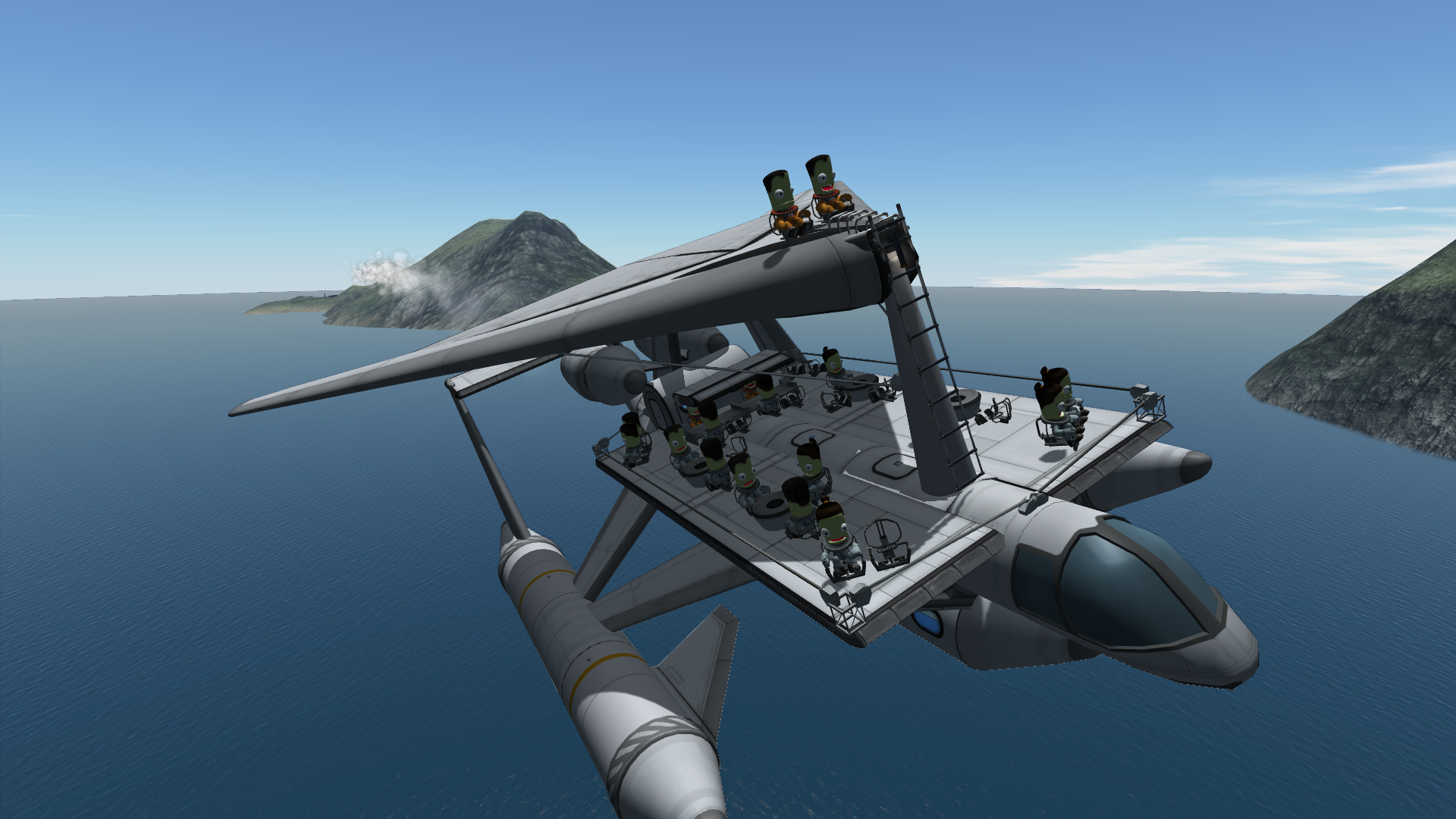 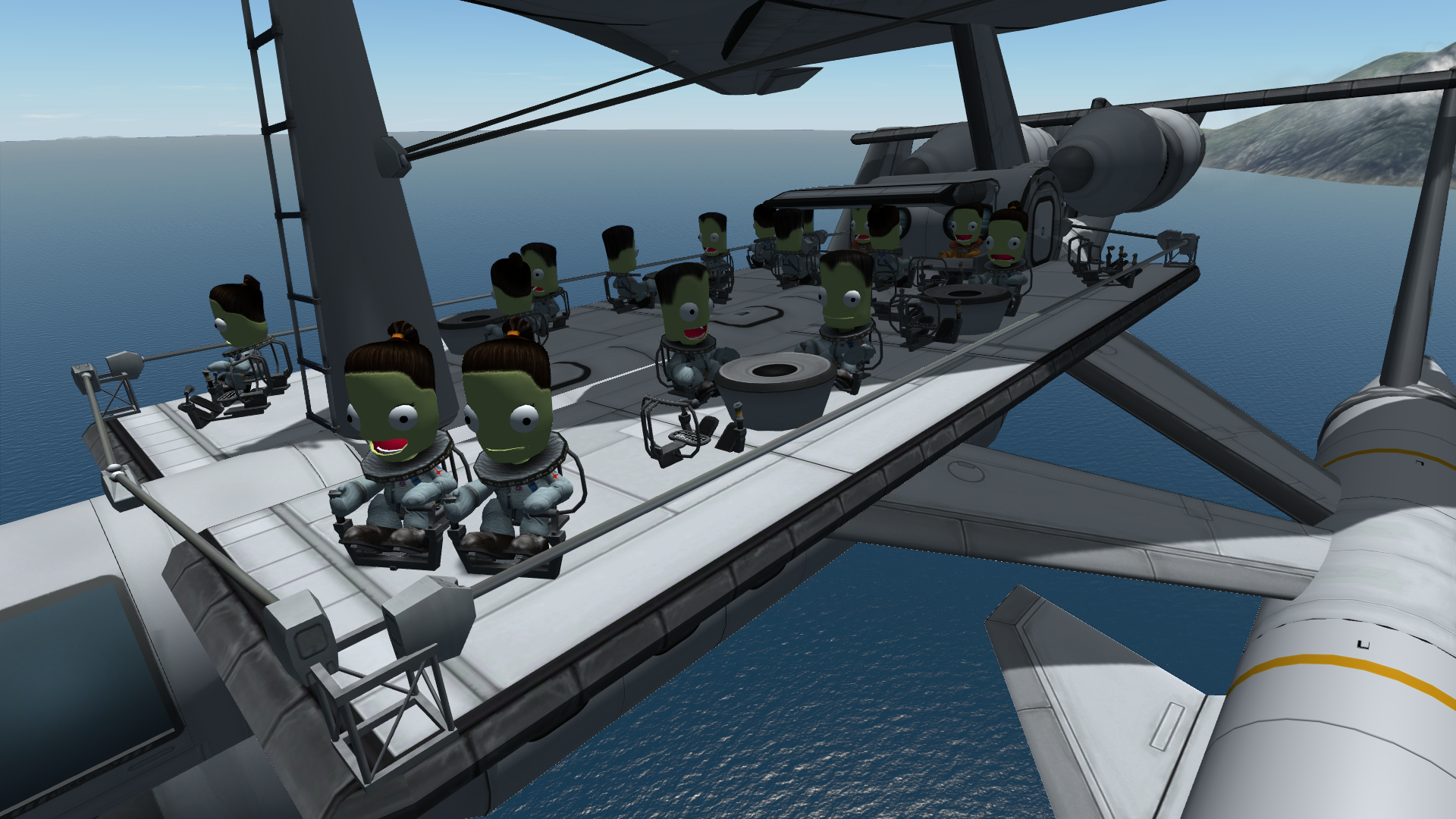 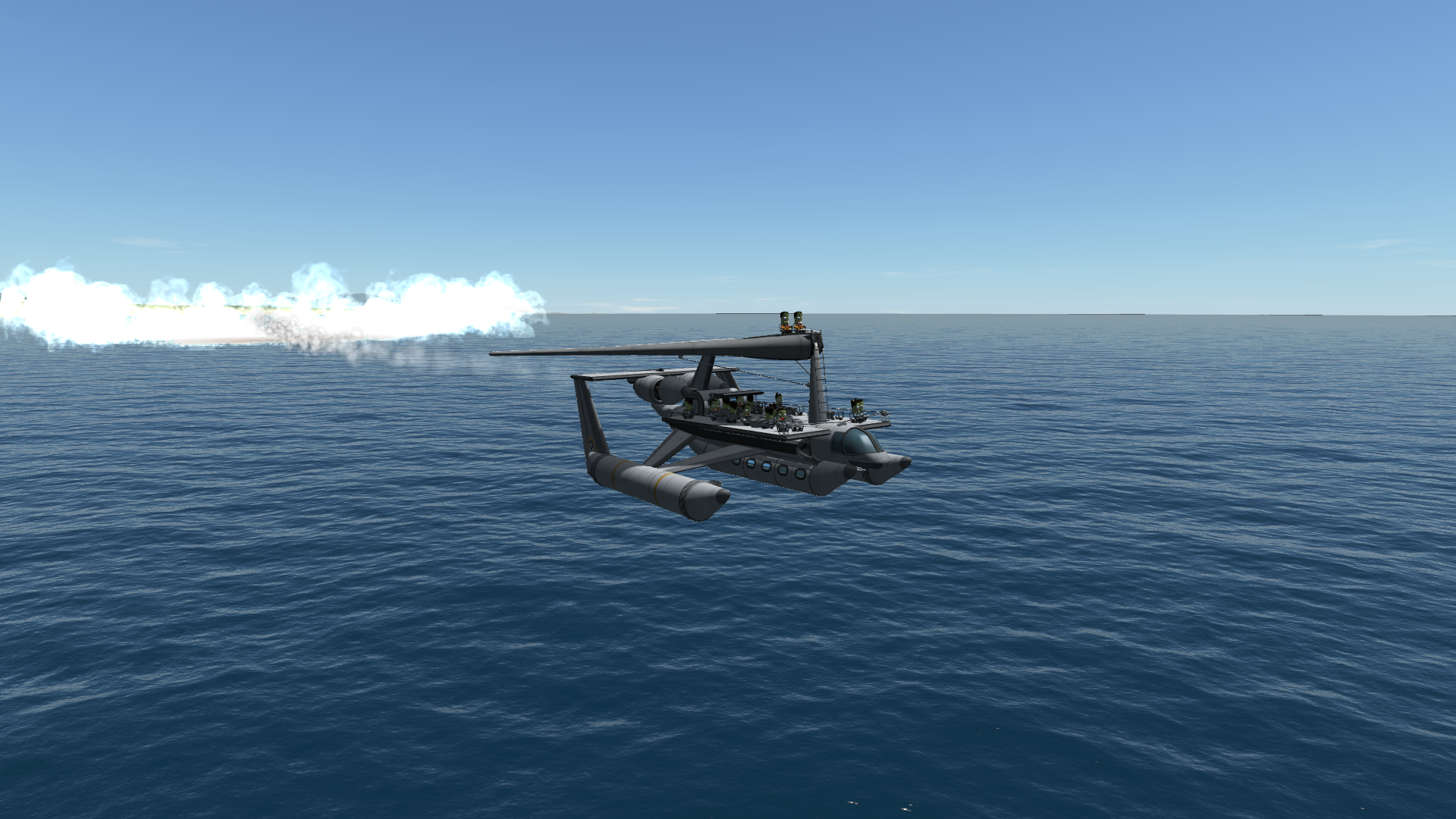 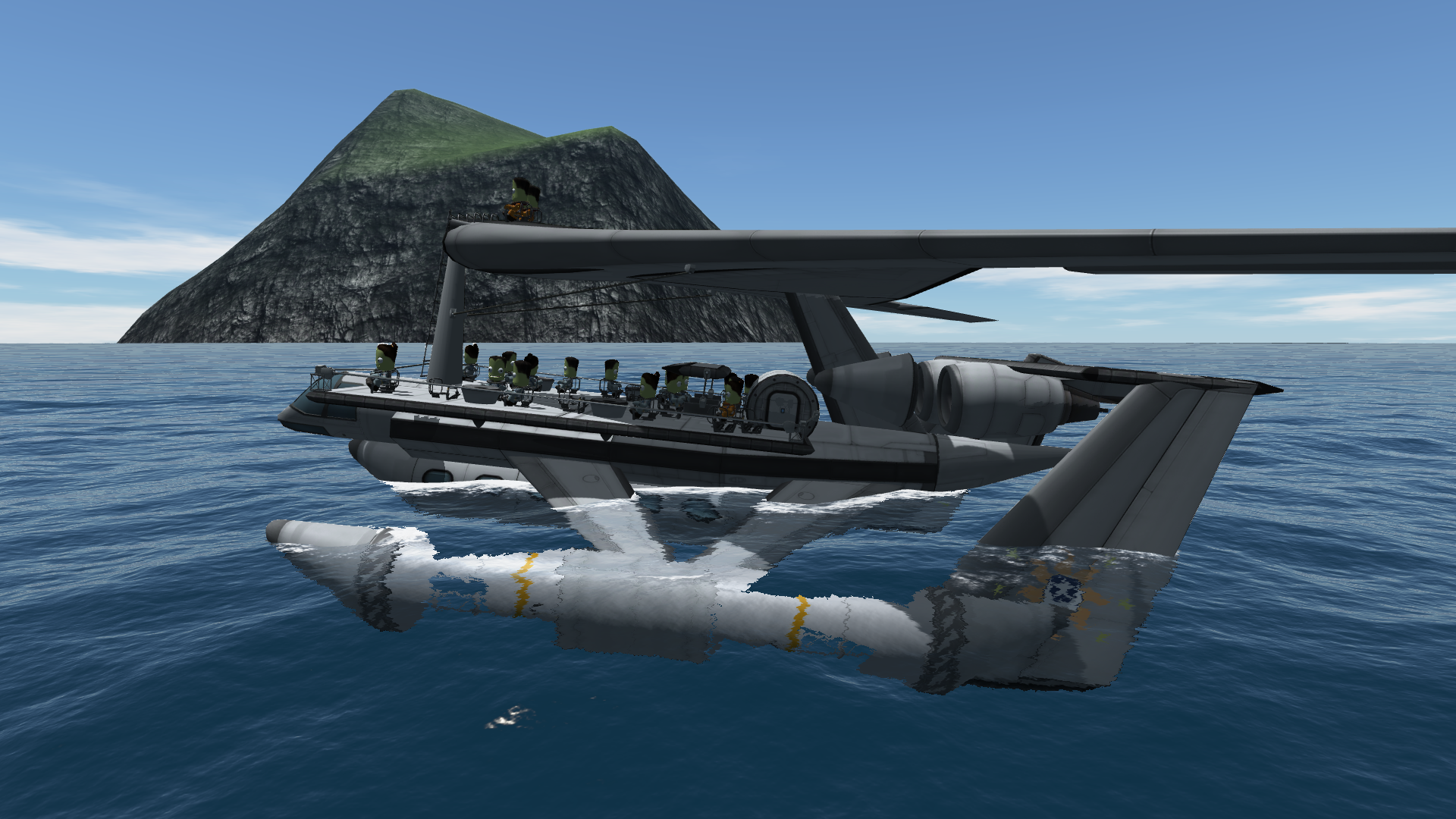 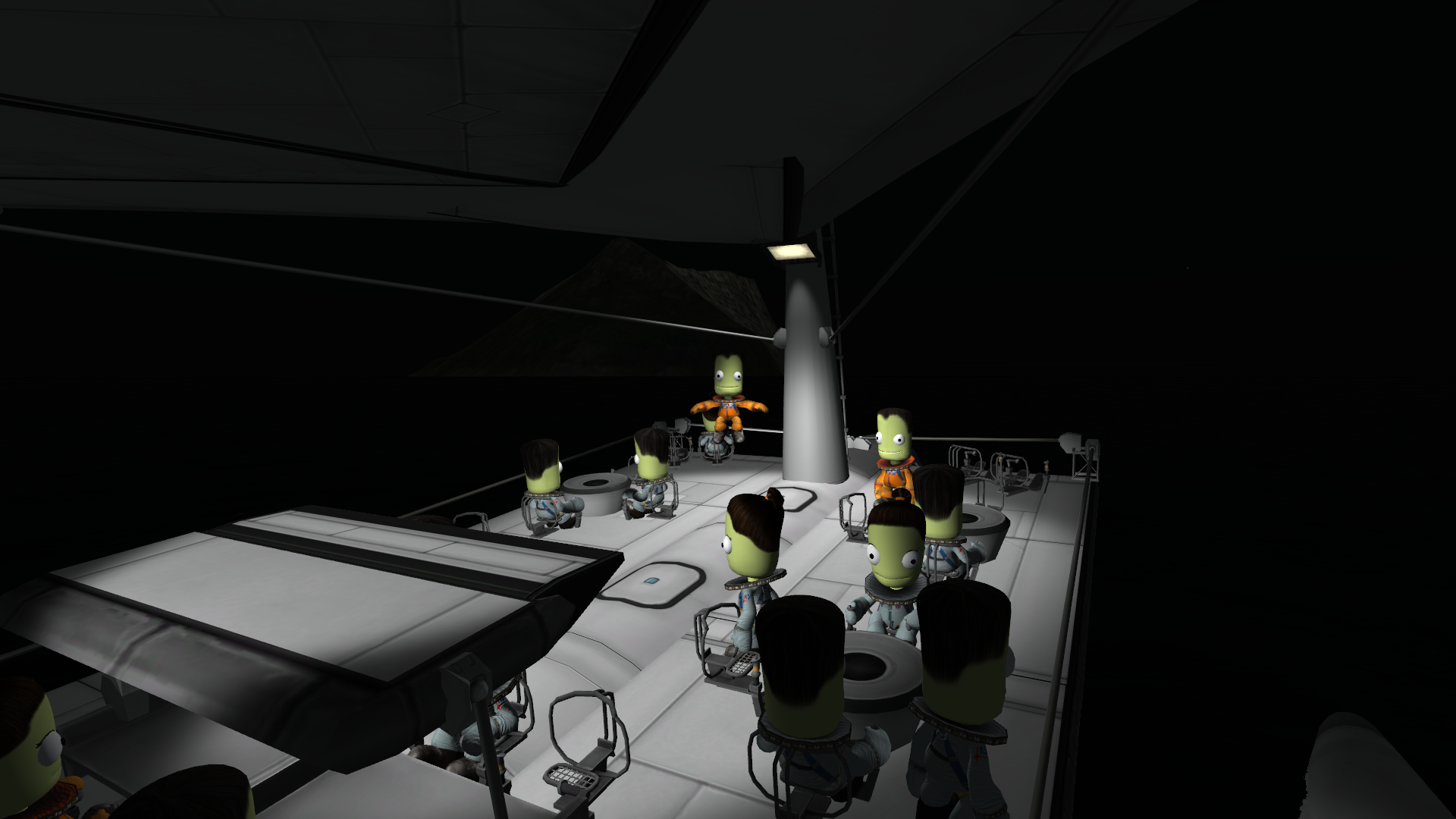 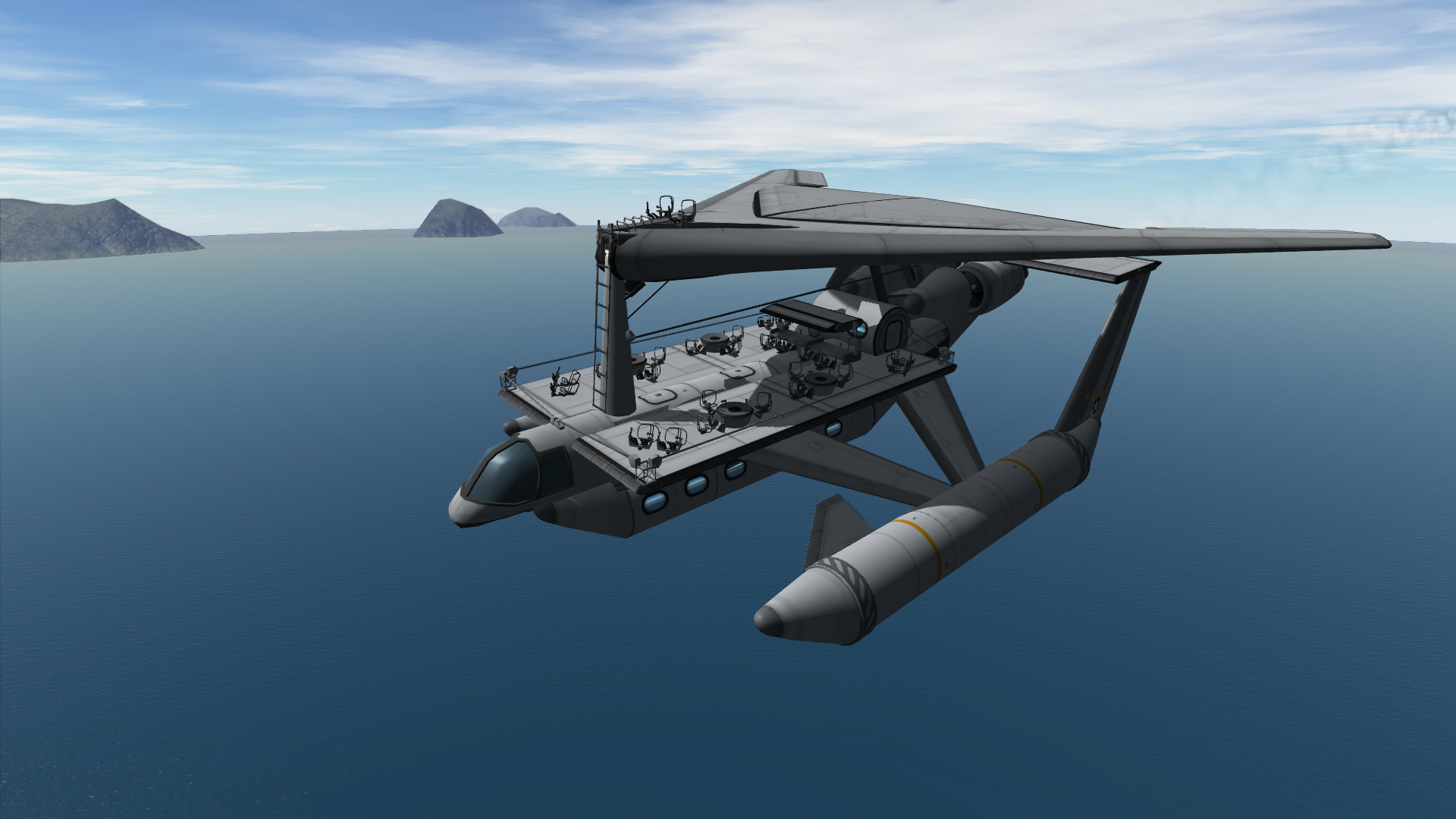 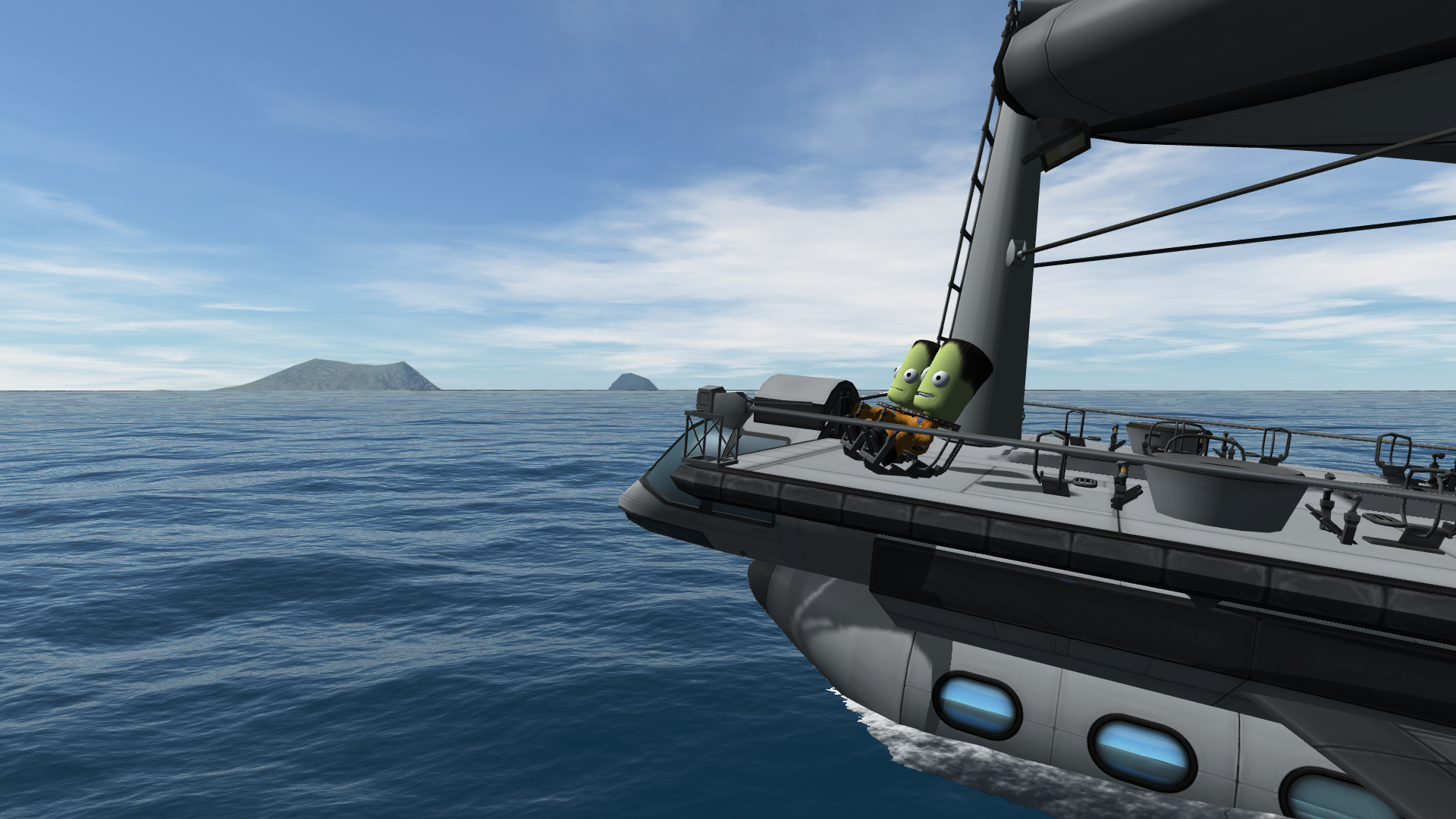