try not to crash it
Note: this was made in KSP v1.10.1 - It may not function as intended in KSP 1.12.3
This craft has been added to your downloads queue. Use the KX Mod to fetch it when you are next in KSP. Enable deferred downloads to make this the default way to download.
Download craft with the KerbalX Mod
how to install
re-download

Or find other craft;
- made by Boomchacle
- that are also pure stock
- that have a similar part count 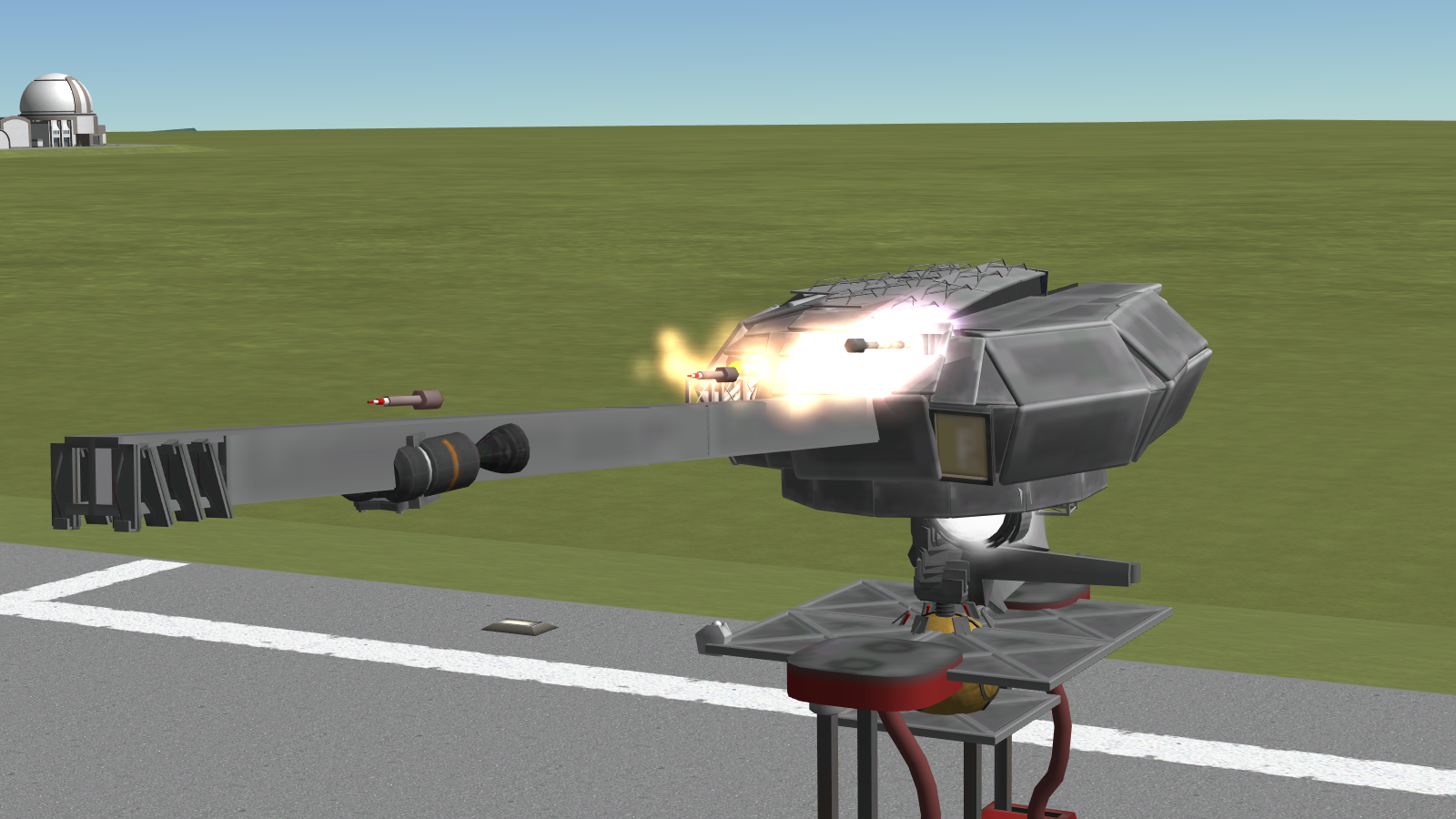 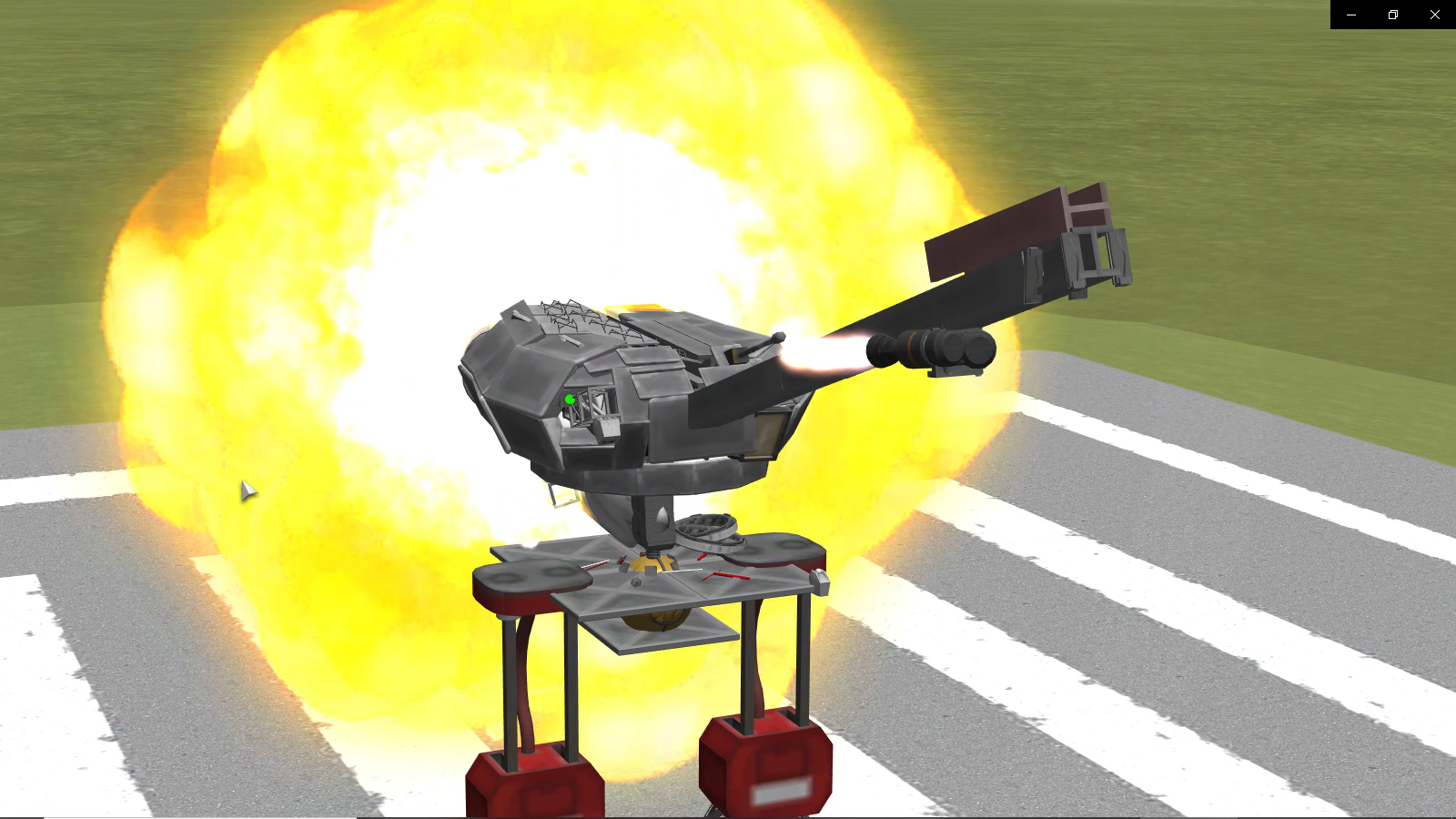 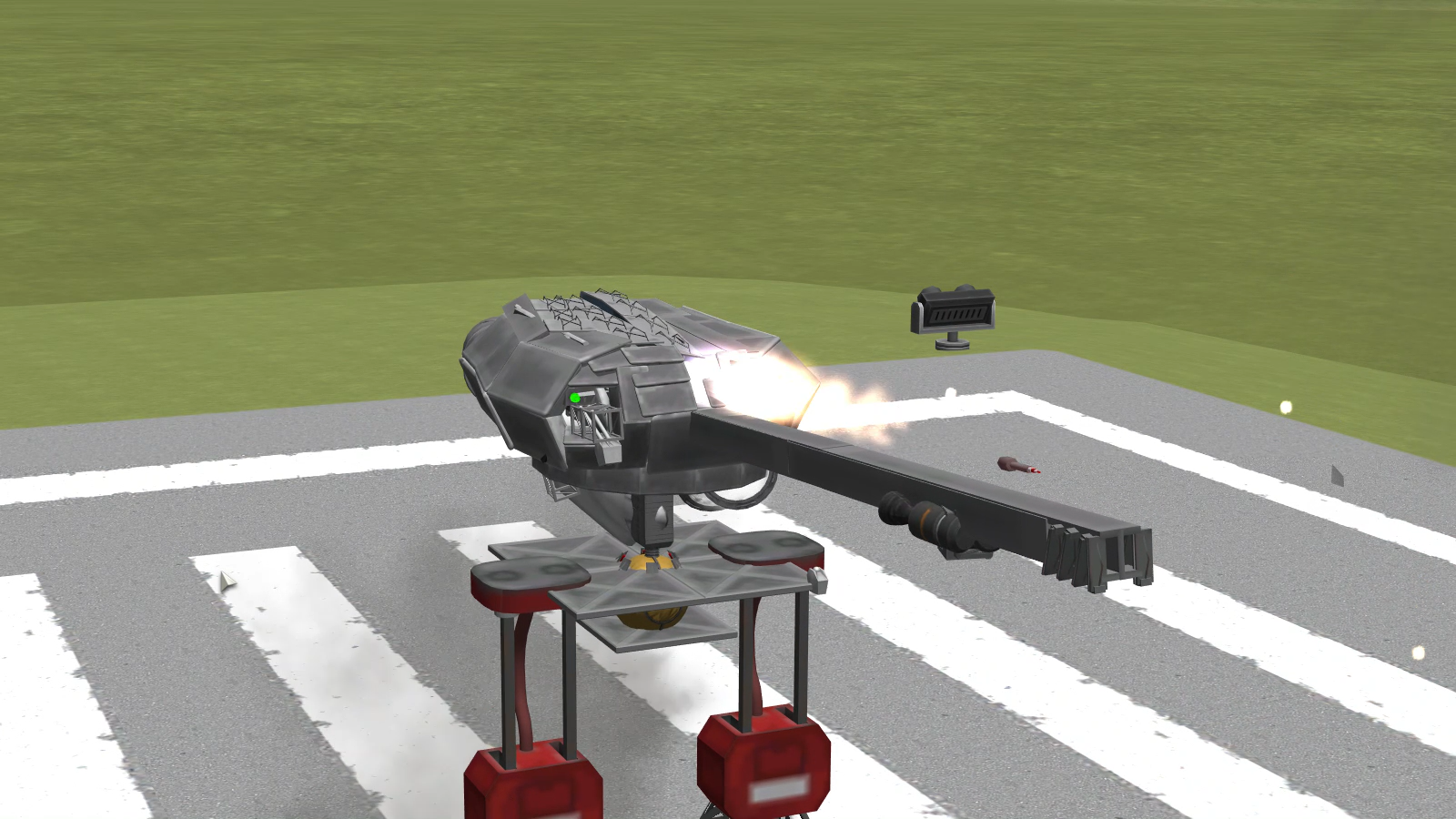 A stock aircraft called Advanced tank turret Base rooted. Built with 260 of the finest parts, its root part is probeCoreOcto2.v2.

Simplicity. Firepower. This turret is designed from the ground up to be easy to implement in your game, requiring neither mods nor DLC parts to operate. Using it is as simple as staging, aiming with WASD, and doing a simple load cycle.
I included an instructional video but here’s the instructions if that doesn’t work. https://gfycat.com/composedcarefreeiberianmole
Instructions:
Stage to activate the turret, stage again twice to activate the engines, then stage one more time to load the first round. Press Z to throttle the engines up all the way, then X to dethrottle them.

After the first round has been shot, level the gun with the ground, press space to stage, then press action group 1 to push the round in to the chamber. Rinse and repeat.

Press action group 2, then action group 3 to fire a coaxial machine gun in two 5 round bursts. Tends to explode before leaving the tank but it won’t cause any damage.

To place this turret on something, the root part is the large structural panel. This turret does not need to be decoupled from a craft to operate, and when you activate it, it stays as part of the craft while still being able to move.