1
fires stock countermeasures which block long range targeting of your craft by breaking up the diamond outlines
2
3
4
5
6
7
8
9
0
turns on the main engine
stage
gears
lights
RCS
SAS
brakes
abort
Action Groups are not read from the craft file.

Or find other craft;
- made by Boomchacle
- that are also pure stock
- that have a similar part count
Hangars that contain this craft
Kerbin Kollapse 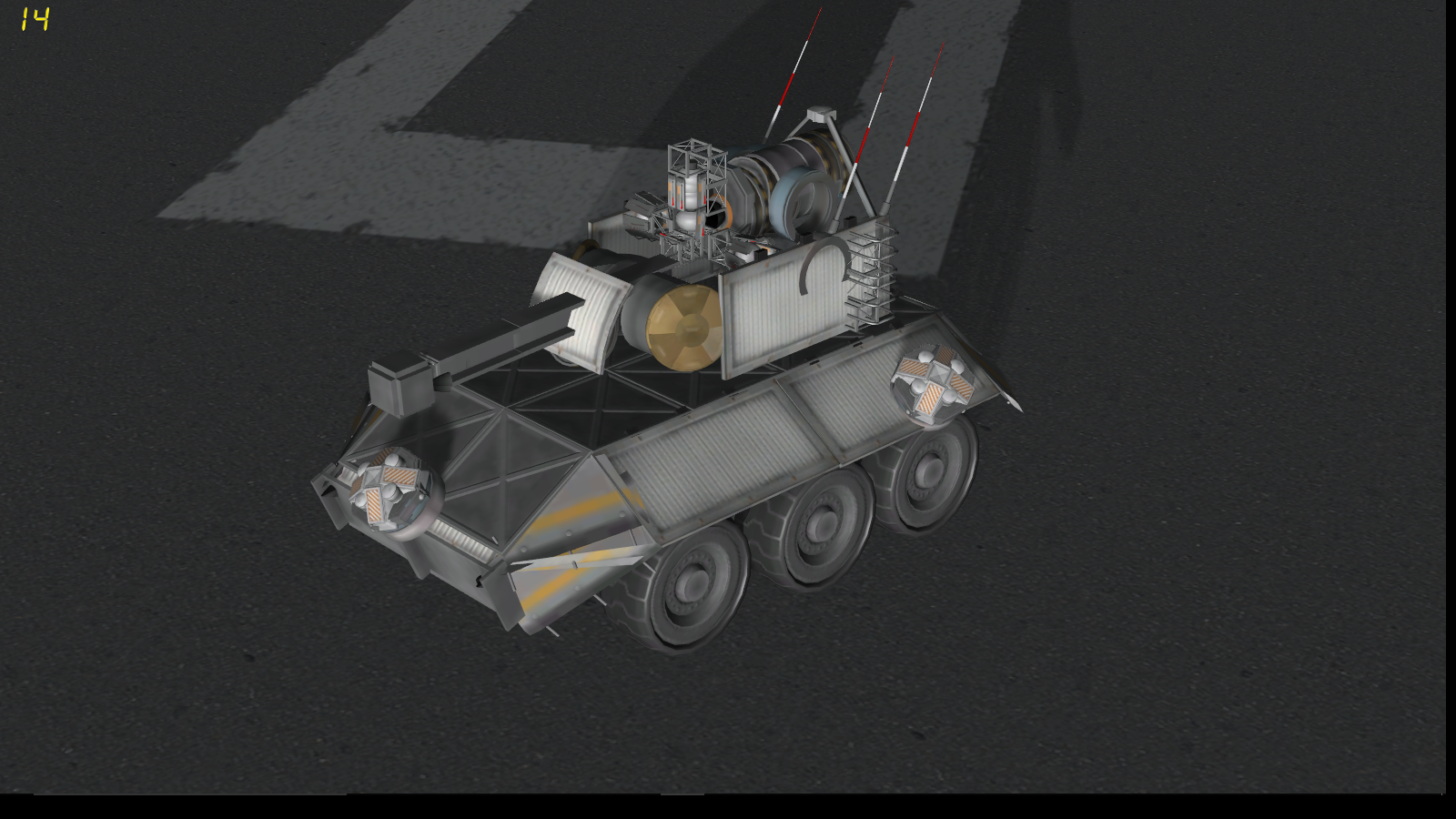 to use this, simply move it to where you want to shoot, throttle down to zero, stage to release the turret, stage again to start the engines, and stage again to load a round. once a round is loaded, press X to fire and Z to turn the engines off to load the next round which is loaded by pressing stage again. press X and Z again and repeat.
this is incredibly easy to use and fire. make sure you have the breaks on when you shoot or the recoil will fire you backwards. It is highly recommended you use SAS as the probe generates enough electricity to sustain position and its extremely hard to keep steady.

MAKE SURE YOU PRESS 0 TO START THE ELECTRICITY GENERATION.

A stock aircraft called Advanced 240mm howitzer. Built with 209 of the finest parts, its root part is structuralPanel2.

Spread at 1 kilometer= about 5-20 meters, depending on how good you are. its freaking accurate.

Muzzle velocity= from 120-130 but usually
Reliability = about 1/10 rounds will spontaneously explode for no reason when you fire them it is because they decide to overheat for some reason.

Muzzle energy= 253500 joules… doesn’t make a difference in game, as the projectiles are so light, but its like getting hit by seventeen .50 caliber rounds at the same exact time… which apparently cant even damage wings sigh…

the craft you get is a slightly different one from the picture. the one in the picture had advanced chaff which I realized was a waste of parts as this is a stock weapon. it still gets chaff, but it just uses less parts for essentially the same effect as it doesn’t have to fool BD’s armory missiles.