try not to crash it
Note: this was made in KSP v1.4.2 - It may not function as intended in KSP 1.12.4
This craft has been added to your downloads queue. Use the KX Mod to fetch it when you are next in KSP. Enable deferred downloads to make this the default way to download.
Download craft with the KerbalX Mod
how to install
re-download

Or find other craft;
- made by BananaVenom
- that are also pure stock
- that have a similar part count 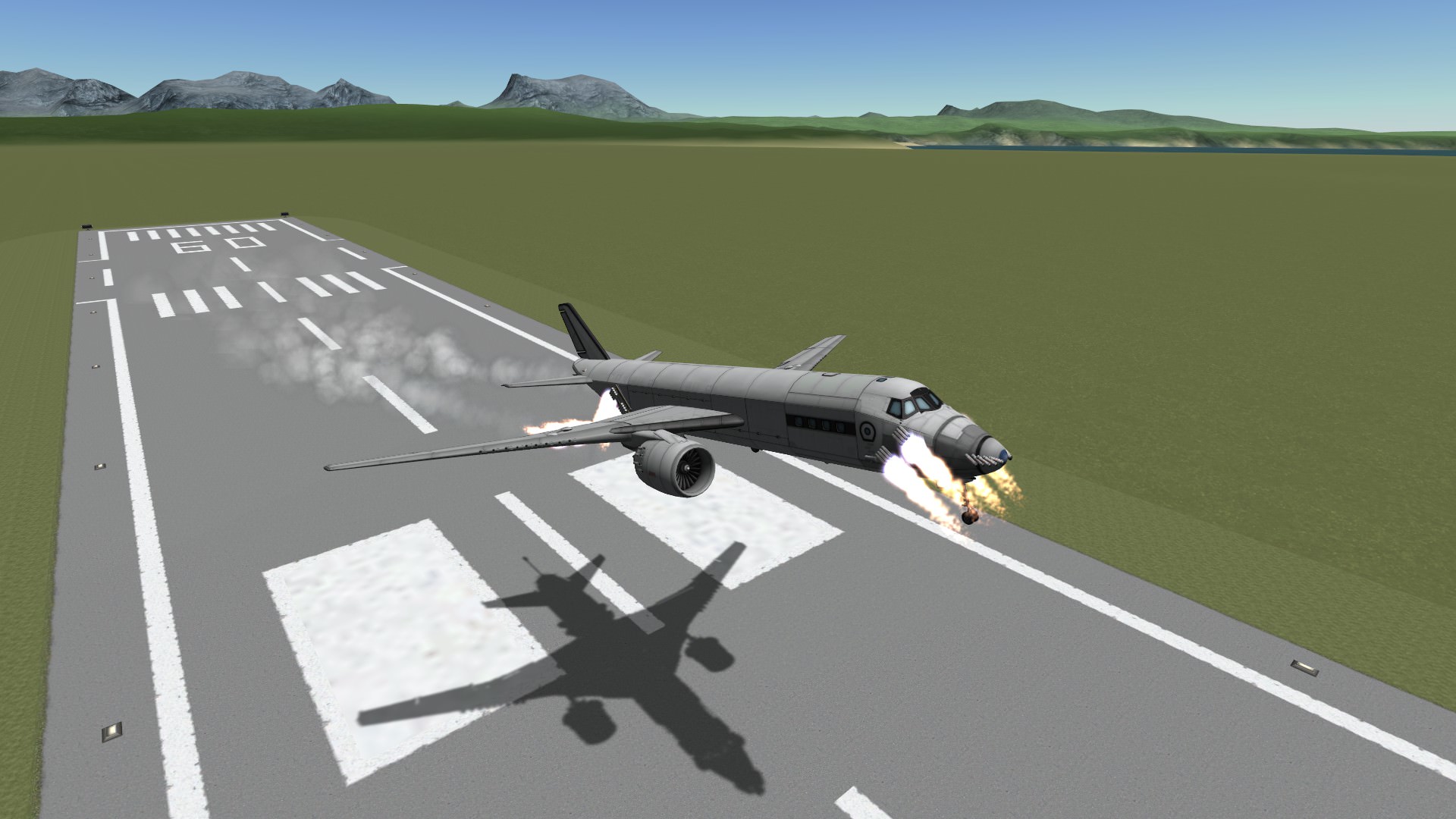 Sometime in that magical time called the 80s, back when its bloated budget coincided with far too much free time, the U.S. Military decided it would be a good idea to stick a bunch of rockets onto their cargo planes to make them take off and land faster. Naturally, this resulted in a lot of explosions.

Since gratuitous explosions are KSP’s stock and trade, I recreated this misguided attempt to burn through a military budget using the stock A300 Stearwing cargo plane. Its takeoff range is comparable to its historical counterpart. By activating the brake action group, it will land in a similar length of runway- assuming it doesn’t explode spectacularly.

A stock aircraft called A300 Firebird JATOL. Built with 180 of the finest parts, its root part is mk3Cockpit.Shuttle.