try not to crash it
Note: this was made in KSP v1.4.3 - It may not function as intended in KSP 1.12.5
This craft has been added to your downloads queue. Use the KX Mod to fetch it when you are next in KSP. Enable deferred downloads to make this the default way to download.
Download craft with the KerbalX Mod
how to install
re-download

Or find other craft;
- made by Azimech
- that are also pure stock
- that have a similar part count
Hangars that contain this craft
Ground Vehicles | Automotive 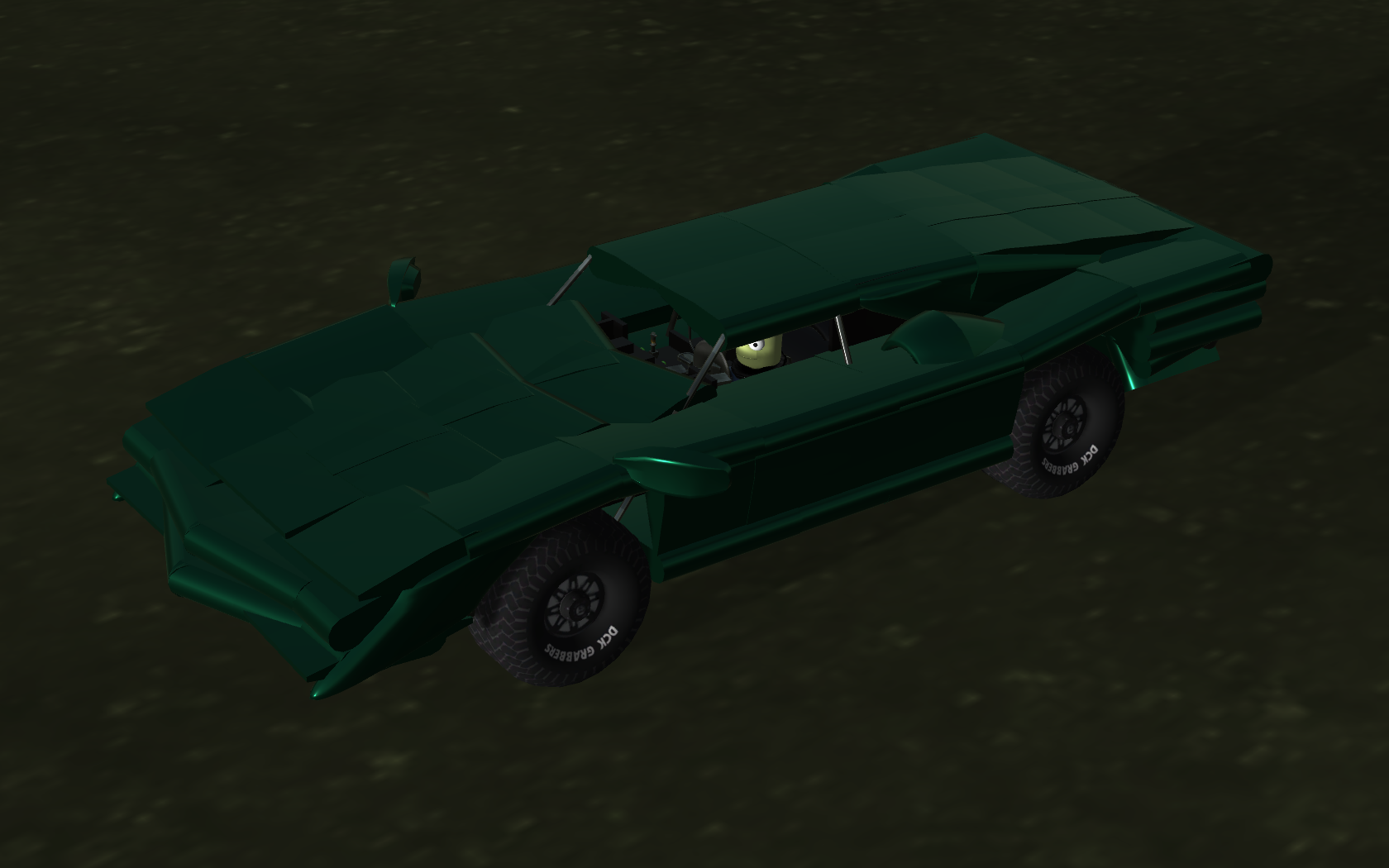 Due to a Unity bug, you need to set No crash damage before entering the car. After that you can switch it off.

The car is stock but I show you the painted version. Get DCK and paint it if you like.

Petyrbolt, Lowell’s parent company, became sick with envy after the Ford GT40 won at Le Mans 1966. They instructed a team to design a similar car but warned not to clone it.

The result was pretty polarizing. Some hated the looks, others became fans the first second they saw it. It was the most extreme car ever designed by Lowell until the 1975 Gandini.

Was it quick? Yes. But it didn’t win any race. After five prototypes had been built the CEO of Petyrbolt was fired due to a scandal and replaced with a very conservative one who hated racing and felt the Lowell brand was to produce family cars and nothing else.

This CEO lost his life when he was racing a Lowell Peacock in 1968, he drove his car off a cliff right into the terrain of a rocket engine test facility and into the blast of the largest rocket engine in existence. He was instantly vapourized before he could hit the ground.

After the tears of joy the original design team came together again and made sure everyone could have the original car - but with 4 Juno jet engines, 50 years later.