try not to crash it
Note: this was made in KSP v1.3.1 - It may not function as intended in KSP 1.12.5
This craft has been added to your downloads queue. Use the KX Mod to fetch it when you are next in KSP. Enable deferred downloads to make this the default way to download.
Download craft with the KerbalX Mod
how to install
re-download 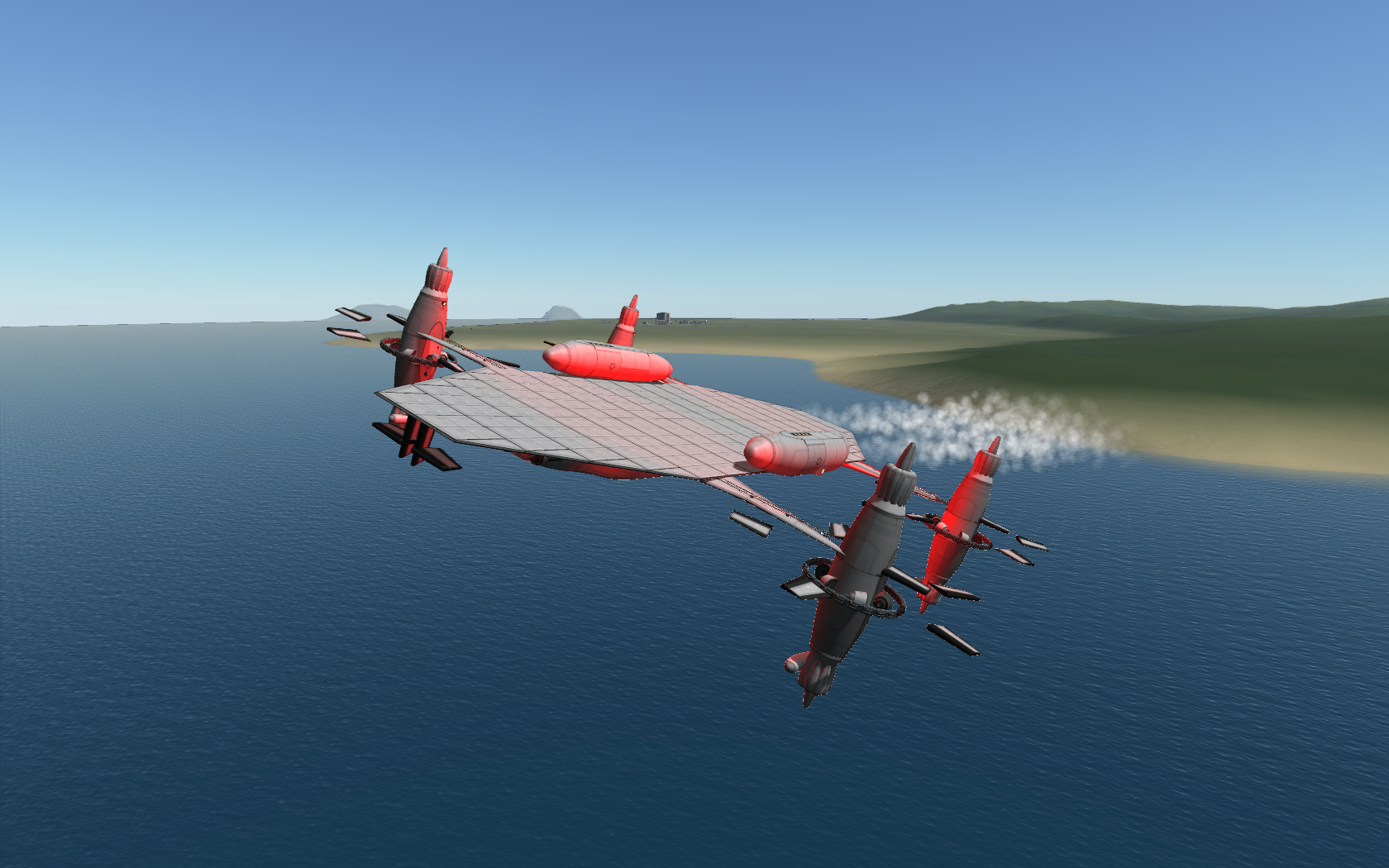 Yesterday I started work on a new type of engine. Today I have a helicarrier.

Someone expressed his need for a tiltrotor engine for his massive, very heavy cargo plane. So I started work and surprisingly fast I had one running. This engine has 6 blowers producing 111kN static thrust. The propeller/rotor produces a whopping 1720kN!

Taking off: Best done at 90% throttle. I could add even more air intakes but part count is already high. Hover is done at ~80% throttle.That throttle setting is also the best to start the forward propulsion. There are four Goliaths at your disposal (action groups 2 and 3). Don’t start all four of them at the same time.

Cruise: either use the docking ports on the deck and radial out (there are multiple angles) or fly normally. I discovered Pilot Assistant doesn’t understand this craft - it can hold pitch and climb rate but a heading or bank makes it go all over the place.

Landing: do it gently at max 2m/s. This big baby can land and take off from water but you have to minimize forward motion and keep it as level as possible.

Out of fuel: make sure you have enough forward motion and/or altitude. Pitch down to pick up/maintain speed and pull up just above the ground like a normal airplane.

At low fuel it starts to become tail heavy. Transfer fuel to compensate. When balanced it also becomes quite agile :-)