try not to crash it
Note: this was made in KSP v1.2.1 - It may not function as intended in KSP 1.12.3
This craft has been added to your downloads queue. Use the KX Mod to fetch it when you are next in KSP. Enable deferred downloads to make this the default way to download.
Download craft with the KerbalX Mod
how to install
re-download 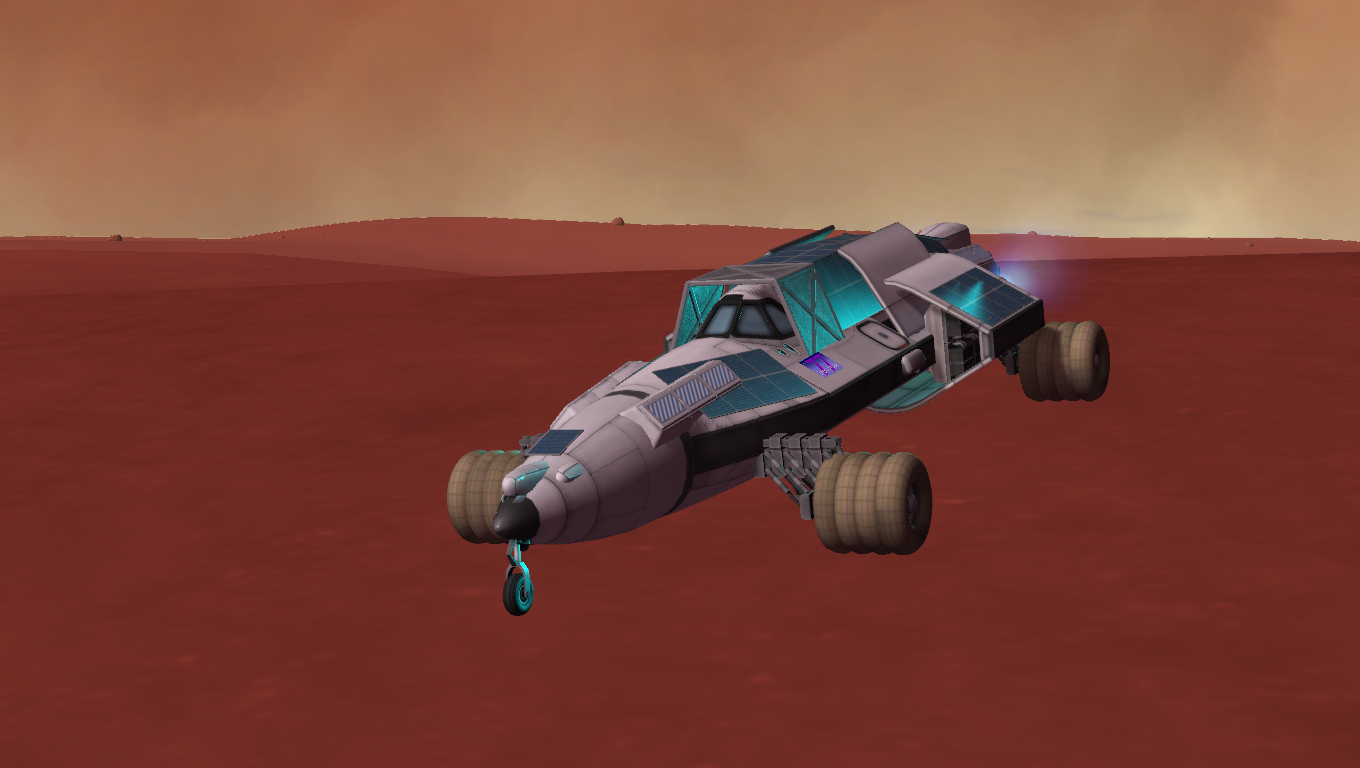 It’s got safety features all around, there’s a medium landing gear on the tail to help it right itself when you end upside down. On both the nose and rear two seats of landing gear point up to help during difficult situations. The landing gears on the nose and tail are very helpful, they absorb most impacts. One landing gear on the bottom and the metal plates help with impacts after long jumps - there’s a limit to what they can absorb.
The metal plates on the roof and the open cargo bay protect the cockpit - again it’s pretty sturdy but not invincible.

It’s possible to de-orbit and land on Duna, it’s also possible to use it as a spaceship. De-orbit is not recommended on Eve, Kerbin, Laythe, unless a large heatshield is installed.