Or find other craft;
- made by Azimech
- that are also pure stock
- that have a similar part count
Hangars that contain this craft
Ground Vehicles | Cars | Ground Vehicles 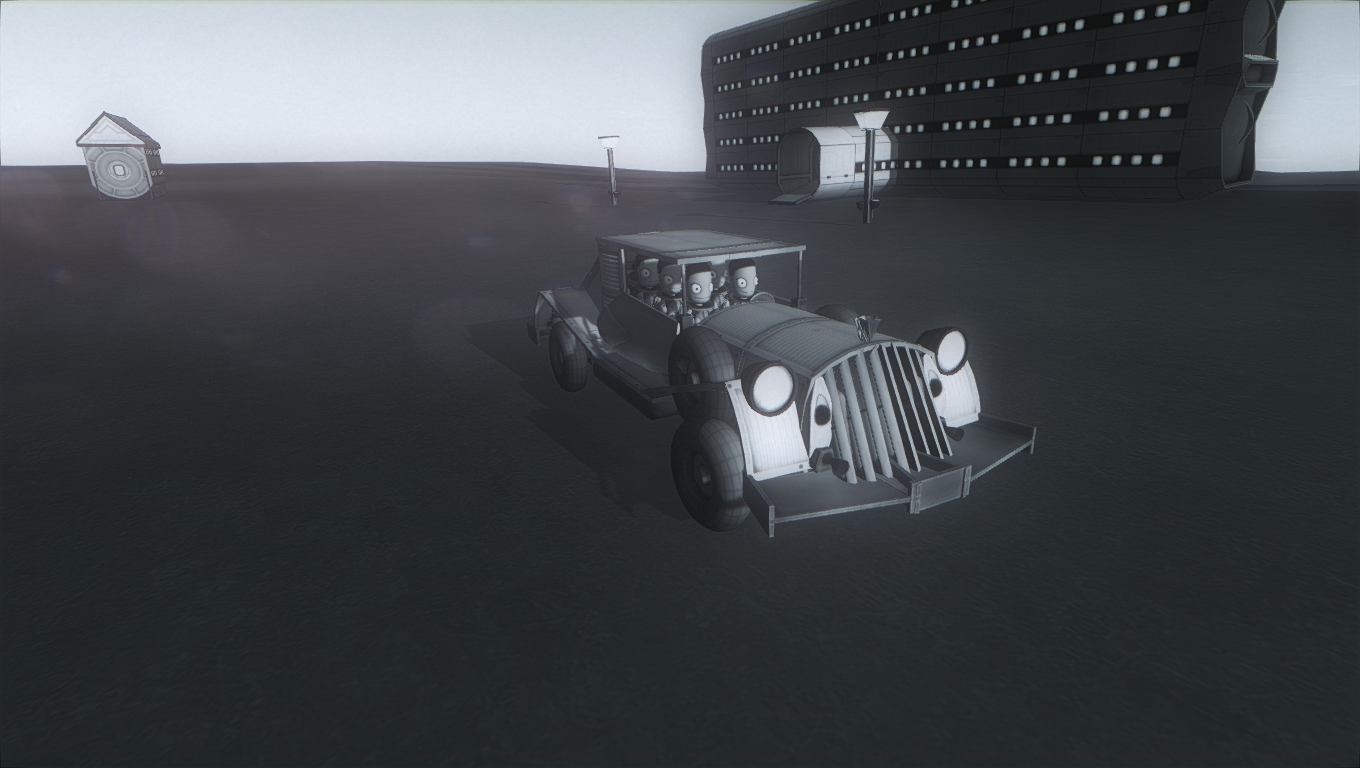 I’ve tried to give it the characteristics of a car from that era. This is pure speculation because I’ve never raced one. I hope you like it!

During the crisis of the 1930’s the Lowell brand really made some strange decisions in an attempt to attract the cautious customers. This example is a hybrid between a limousine and a sports car. A -for that day and age- spacious six seater with lots of interiour lights and too much power for the poor suspension, brakes and tires. The shocks are too weak which makes driving a dangerous experience. If Ralph Nader were an adult then, he would’ve written his famous book about this car.

The many accidents meant a sharp rise in insurance fees and a number of high profile lawsuits made it to the frontpage of every newspaper. Angry owners demanded their funds back, sometimes even crashing the car through the windows of the poor car dealers. The car became unsellable, even after major modifications.

Lowell almost went bankrupt and it took decades to fully recover. Peacock became a synonym for a decadent product that tries to impress but with shoddy internals. Yet after all these years, the highly controversial Peacock has become a cultural icon, often seen in movies and commercials. Car tuners have since modified all remaining cars and replaced the aging engine with two Juno jet engines, matching the tremendous power and speed of the originals. Being completely mad, they didn’t modify the suspension, the brakes and the tires … and the deathtrap continues to make casualties.

The cabin is relatively weak but the chassis is very strong. In case of a collision the drivers are often catapulted out but the engine has the unfortunate tendency to keep running, propelling what’s left of the car with a high speed, becoming a deadly torpedo for anything in its path.

Top speed is 67m/s … way too fast for such a dangerous car. Oh and it has suicide doors. Already known to be dangerous, Lowell decided to keep them because they looked classy.

An interesting feature the car tuners added is the Boost Flap. It interrupts the flow of the jet engines for braking yet keeps the turbines running at max speed.