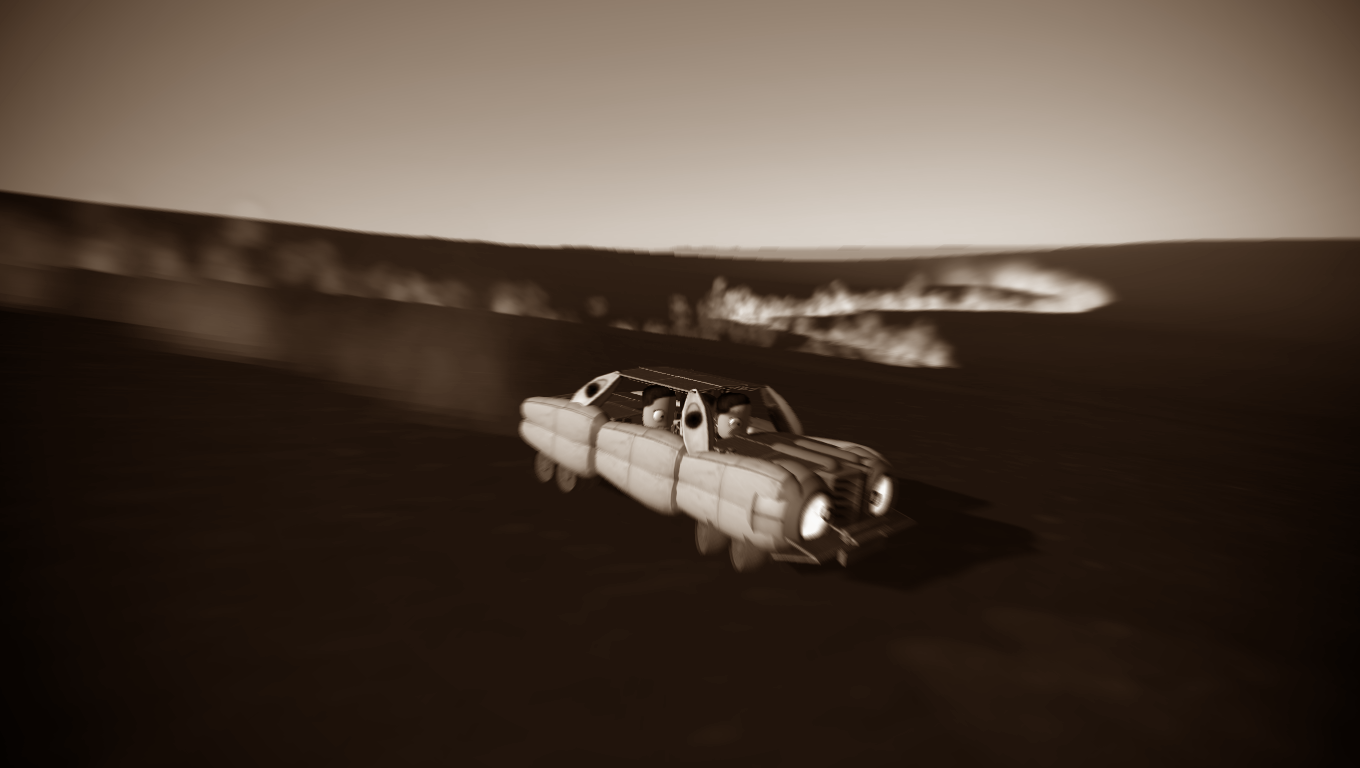 The much hated Lowell no-one wants to talk about.

After the second world war, the Eastern European division of Lowell Cars, the Lowell Automobilwerk GmbH, came under communist rule and was nationalized.

Soon (August 1945) the government ordered the design of a cheap family car to help the struggling economy and to satisfy the disgruntled, often defiant, population.

The Lowell team started designing and had a prototype ready in February 1946. They invited government officials for a test drive.

It was a disaster. The government rejected the proposal based on the used technology like standard suspension and wheels, gearboxes and the piston engine running on regular fuel (Normalbenzin). The argument was they needed the parts for building up military vehicles.

Back to the drawing board. After many months of searching the team found parts they could use. From a terminated company (because the Soviets felt the fighter jets competed with their own designs, which made Stalin angry) they acquired jet engines and landing gear. At first the engineers wanted to use the landing gear as the main wheels but this idea went into the trashcan after they discovered the tires couldn’t handle the roads, which were in terrible shape.

They had already made the landing gear units a part of the bodywork design and a redesign presented a problem because of the delay, they wouldn’t make it before the deadline.

They eventually found, just in time, the final solution: elephant skateboard wheels. There was a huge surplus because a famine in early 1948 made the government order all elephants to be slaughtered for food.

It looked funny but did work: they were compact to install, provided reasonable grip and a smooth ride. Plus the brakes were excellent because -as we all know- elephants are heavy.
But because of the fact there was no gearbox and thus no way of driving the wheels, there also was no reverse. Drivers had to push their car if they had to back up.

For the time, aerodynamics were excellent. The jet engine could propel the car to an amazing 90m/s at 100% power. It was decided to reduce the power to 18.5% though, partly because the weak suspension damping made the car dangerous at speeds above 35m/s but mostly because all government officials displayed a different colour of the rainbow during a demonstration. They couldn’t handle the idea that a cheap car for the plebs would be faster than their own state limousines. The population soon discovered how to remove the engine limiter but if the state police would catch you speeding, you’d spend the rest of your life in a gulag for instilling anti-socialist thoughts to the public, an act of high treason.

After production started in 1949, the population soon discovered funny little levers labeled Einziehfahrwerk hidded away behind panels, which would lower the original wheels. They also discovered these wheels didn’t have bad tires like the design team claimed, in fact they were a lot better.

After a short trial the design team admitted the lie because they wanted the car to look ridiculous and make a fool out of the communist government. They were hanged the next day.

The name of the car was allegedly the name of the wife of one of the team members. It sounded French but no government official spoke the language of the former enemy.

There was another way the team made the car ridiculous but this wasn’t spotted by the government nor the public. It was discovered in the memoirs of a widow of one of the team members, when she published those decades later.

Tip for fun: Set the Juno to 100% thrust and disable crash damage, it’s fast and good for drifting.