Or find other craft;
- made by Azimech
- that are also pure stock
- that have a similar part count
Hangars that contain this craft
Ground Vehicles | Stock Car Replicas 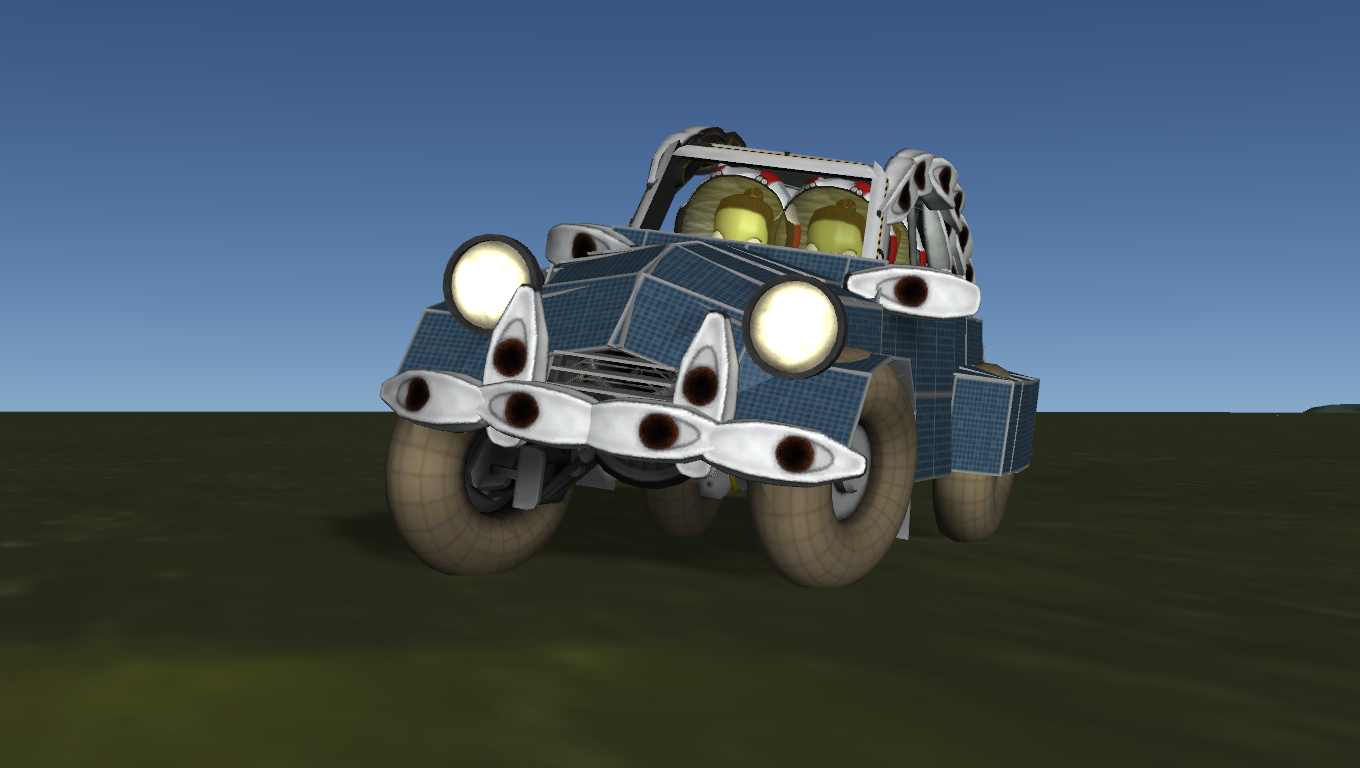 The famous car that helped rebuild the French economy.

My car has most of the design principles of the original. It’s based on a chassis though simplified. Like the original, the entire bodywork can be removed and replaced with something else. A single cubic strut just above the jet engine is what keeps the complete body in place, together with four struts in the rear. See the album for a few pictures.

Propulsion: it has the jet engine in front and only the front electric motors are enabled. Having driven a real 2CV I know the handling and as such I’ve tuned the friction, spring and damper settings to as close as real as possible. The jet engine is set at 30% power, if you want to have some fun, just set it to full. A boost flap is present. And I’ve left the canvas roof open.

A car with solar panels all around and you give it a jet engine … very logical, Azimech!
Yeah … you know me … don’t like electric cars in KSP - way too slow. Until piston engines are a thing, I’ll use jets in every car I build or get my hands on.

The wheels stick through the fenders at high speed! Lousy!
Don’t blame me, we need smaller stock wheels.