Upload Craft
about
dev_blog
sign up
login
next
previous
back back
77I- Car Eco Challenge 4.3 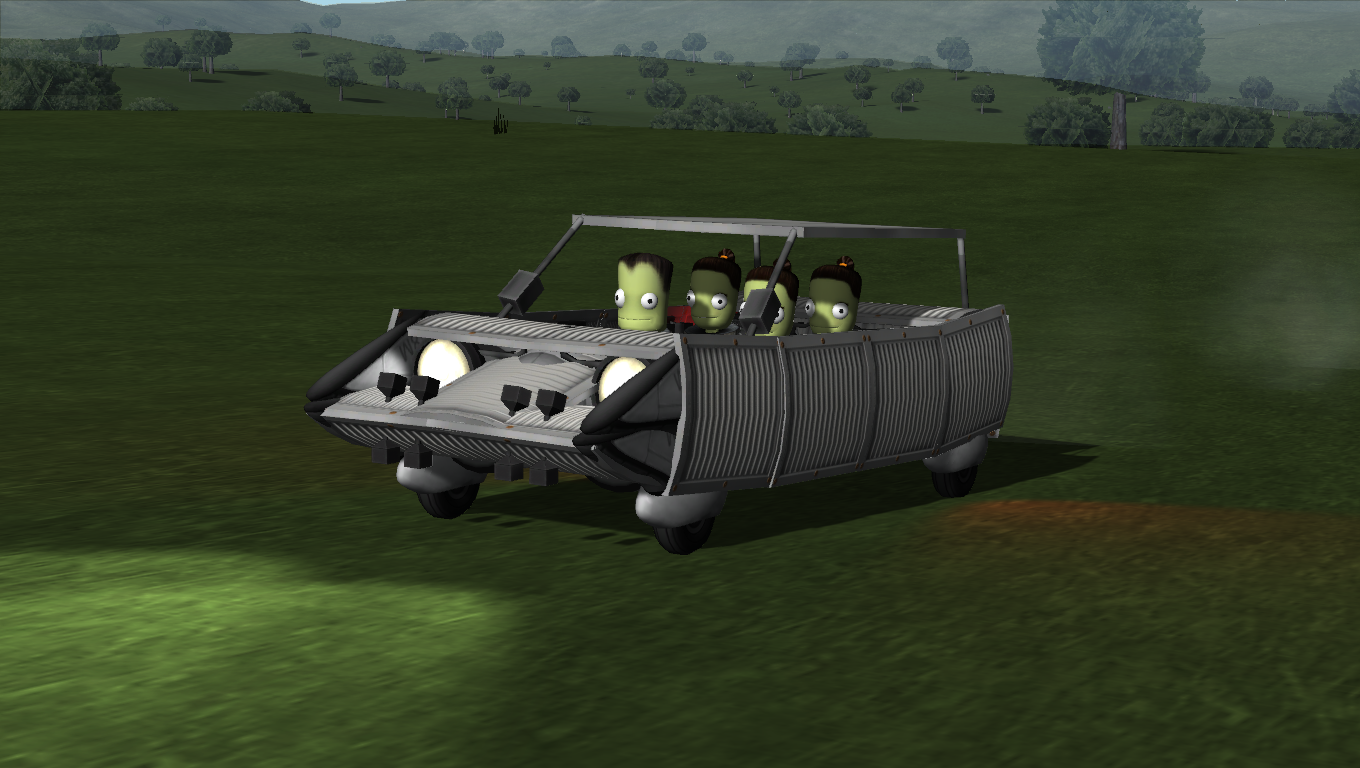 Made this for my own challenge.

The challenge: start at the KSC and drive towards the north pole using 50 units of fuel. Rover wheels are not allowed, only landing gear. The car is to be powered by a jet engine. Required: 4 kerbals in seats and two science containers. The use of a boost flap is encouraged. Mechjeb is encouraged for use of the rover autopilot.

Since the idea is to build a car and not a rover, the car must have all the body paneling you’d expect from a real vehicle. Body paneling is not required to animate. It must have:

Suggested terrain detail level: low. Both KSP 1.2.2 and 1.3 have problems with terrain on high settings, I don’t know about 1.2.2 but the problems aren’t there in 1.3 in low detail mode.

Suggestion: program a route with Mechjeb. Turn the car in the SPH so you’ll start in the right direction. Drive around the bay and head north, try to avoid the hills and mountains.