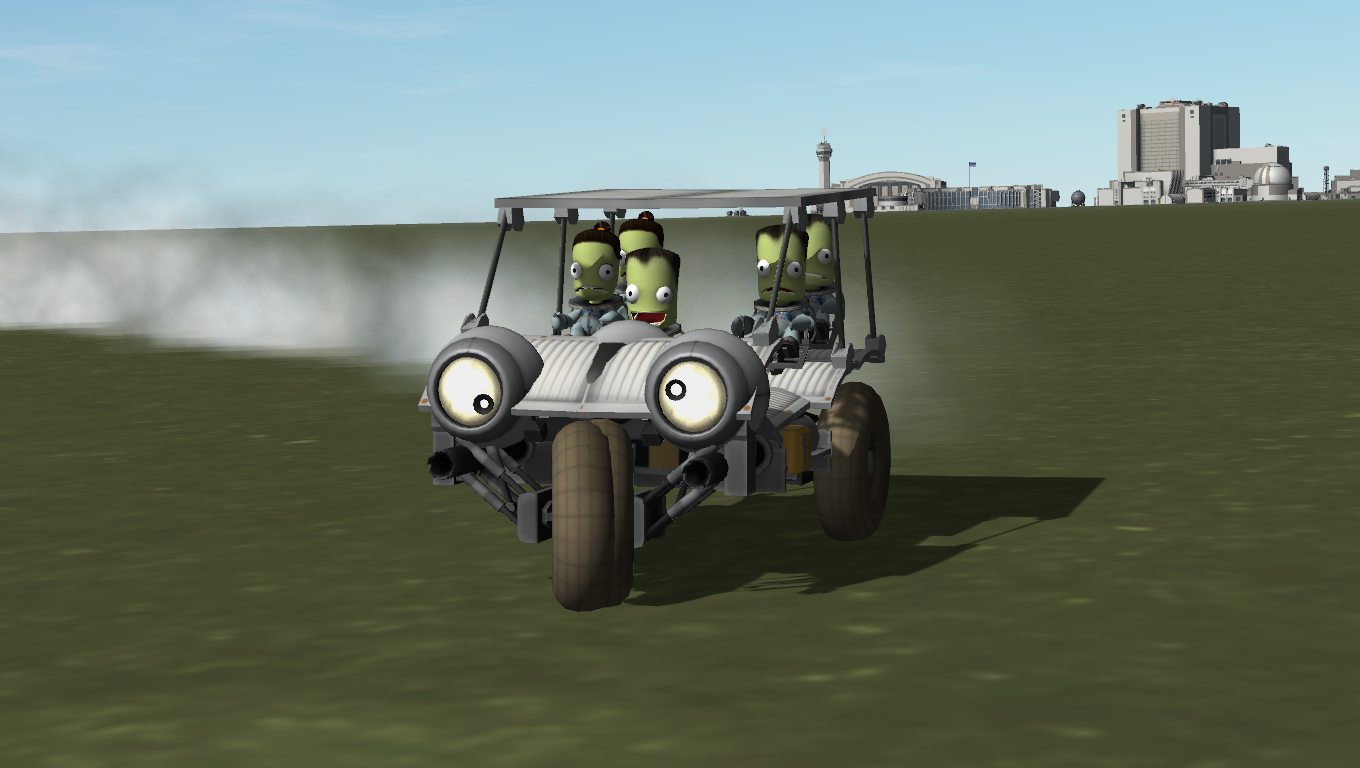 This machine was made for use in the densely populated cities on Kerbin. Originally it had a top speed of 20 m/s, fast enough because everything is bad about this thing. Bad brakes, not a lot of grip etc.

Then some madman came along and decided it was a pretty neat idea to install two jet engines and fake machine guns.

The result: a deathtrap with a top speed of 91 m/s. Very deadly indeed.

But a lot of fun with drifting!