try not to crash it
Note: this was made in KSP v1.12.1 - It may not function as intended in KSP 1.12.2
This craft has been added to your downloads queue. Use the KX Mod to fetch it when you are next in KSP. Enable deferred downloads to make this the default way to download.
Download craft with the KerbalX Mod
how to install
re-download

Or find other craft;
- made by Andy441
- that are also pure stock
- that have a similar part count
Hangars that contain this craft
Andy441 Lifter 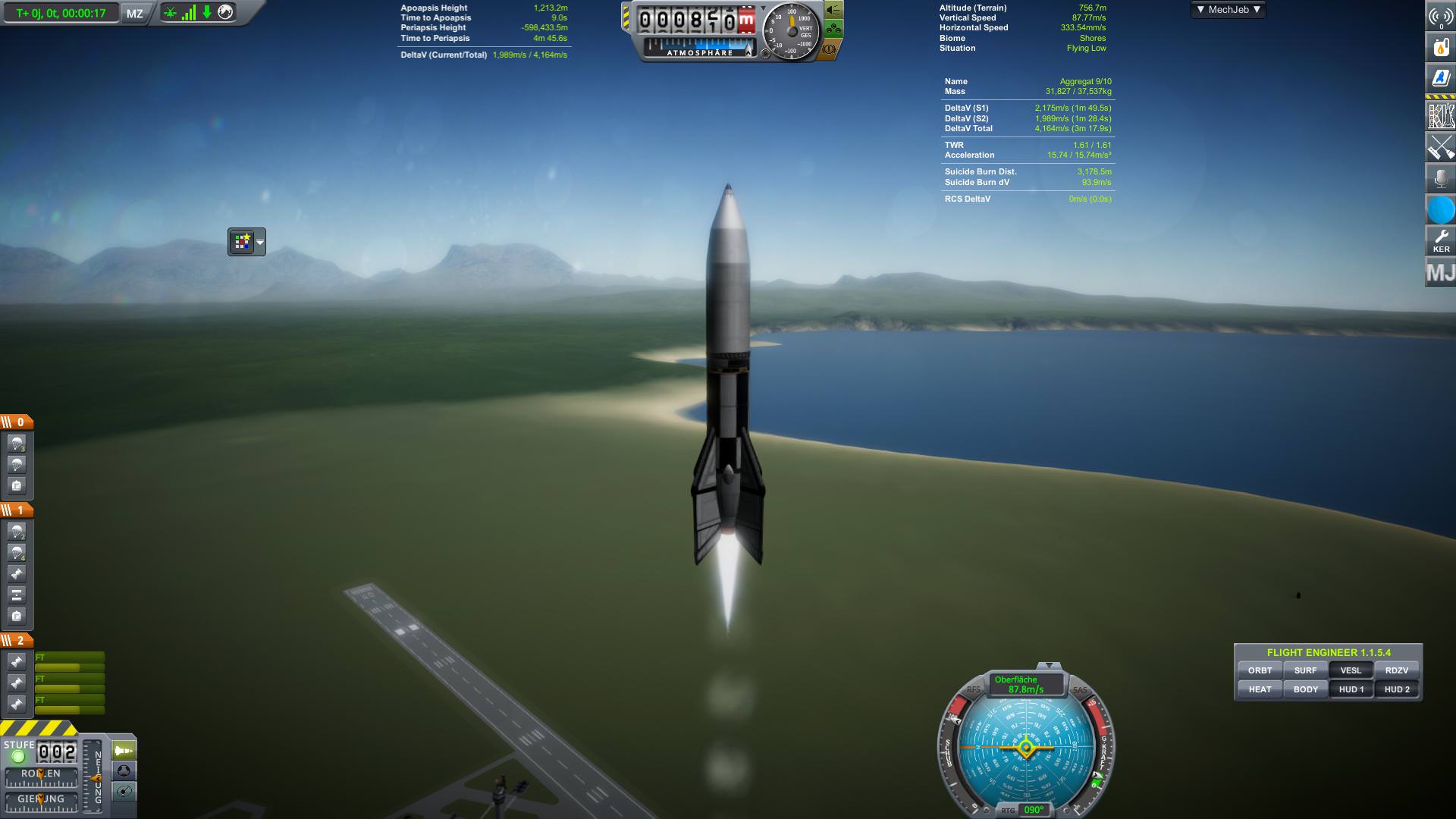 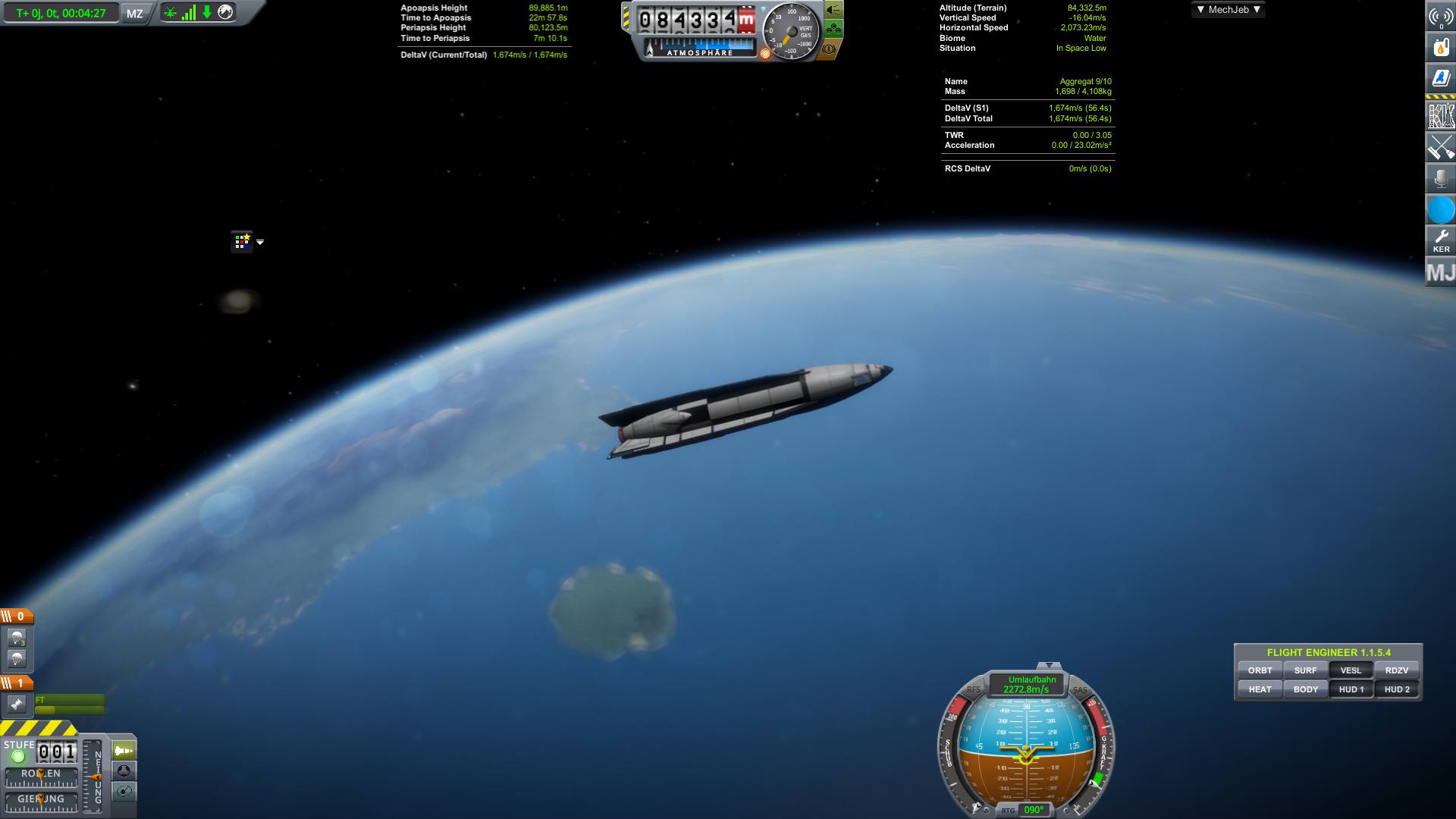 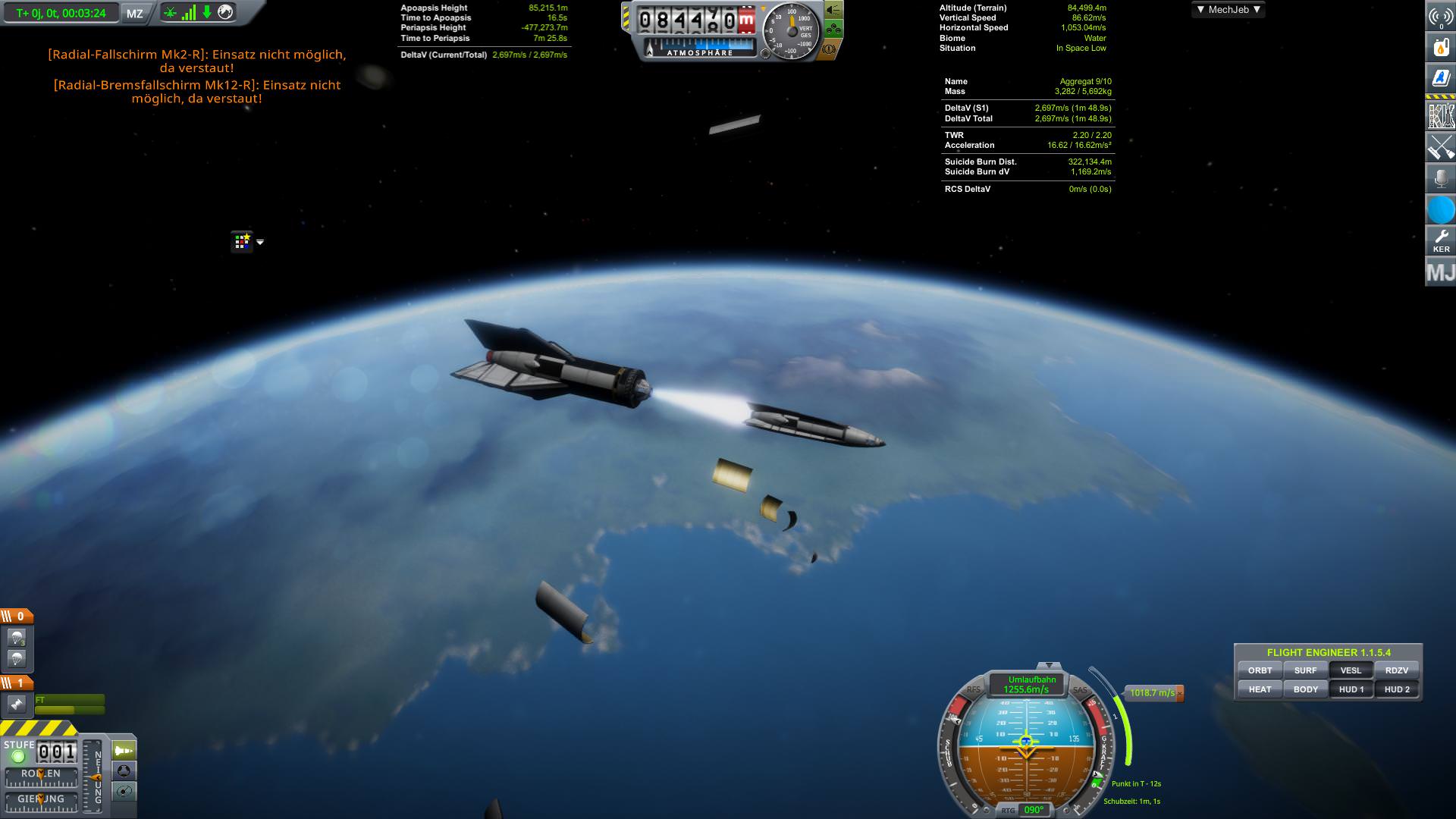 From 1943 until the end of the war in 1945, an intercontinental missile was developed. This was designed as a two-stage long-range missile and was called A 9/10. It was about twice as large in size and height as the A4.
The projected range of these so-called American rockets whose declared goal was to attack New York was 5500 km.
This project did not go beyond the planning stage.
In KSP this Rocket can 4 t circle more than 80 km and return.
With one capsule she is also suitable for manned missions. Manned, I called her A 9 + / 10.

A mod rocket called Aggregat 9/10. Built with 78 of the finest parts, its root part is probeCoreOcto2.v2.