You'll need to download these ones manually; AviatorArsenal http://forum.kerbalspaceprogram.com/index.php?/topic/121316-11-aviator-arsenal-world-war-2-aircraft-weaponry-v111/ BADTProps KerbalX doesn't know where to find this mod - Google it dck https://spacedock.info/mod/1524/DCK%20-%20Davinci%27s%20Combat%20Kit
Login or sign up so KerbalX can remember the craft you've downloaded and so you can;
Upvote it
,
Favourite it
or
add it to a Hangar

Or find other craft;
- made by Alioth81
- that use the same mods | that are compatable | with similar mods
- that have a similar part count 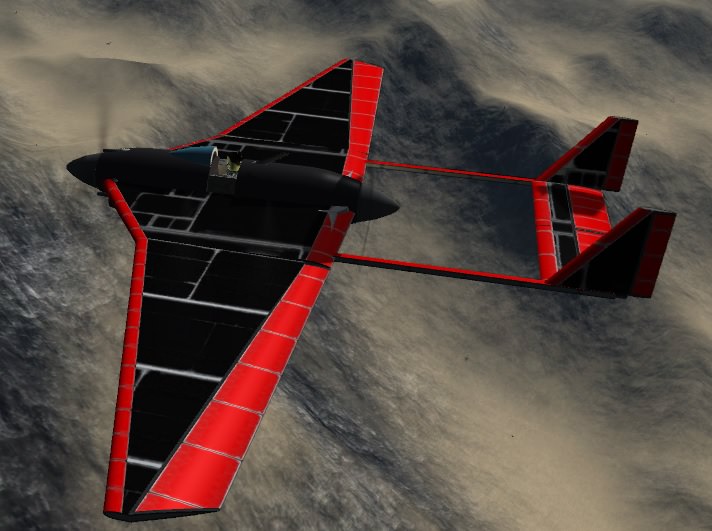 A heavy fighter build according to BAD-T III rules (did not enter as it was too late and was actually not compliant because I I did not double count the engine points)
The generals demanded more fire power, more top speed, more armor, high agilty and good low speed performance. After 6 coffees the engineers glued two engines together back to back, put 3x 30mm guns on it and strapped wings on.
The results were surprisingly good.

A mod aircraft called AL-8B30 Red Arrow. Built with 46 of the finest parts, its root part is FalconProp.